A leading sports psychology professor has broken down why there was a method behind Andrew Redmayne’s madness as he helped the Socceroos qualify for the World Cup after beating Peru in a dramatic penalty shootout.

Taking to Twitter, Norway-based Geir Jordet also revealed Redmayne’s bold tactic of acting as the team’s ‘bodyguard’ before Australia’s penalties was an approach he had never seen previously on the world stage.

Plenty of eyebrows were raised when Redmayne, 33, replaced captain and first choice shot-stopper Mat Ryan in the 119th minute – but it proved to be a masterstroke from coach Graham Arnold.

Redmayne’s almost comical dancing routine on the goal line forced one miss and helped him save another from the stunned Peruvians, ensuring a place in Australian sporting folklore for the journeyman, who plays for Sydney FC.

He detailed several ways in which Redmayne looked to control the outcome, be it messing with the mindset of Peruvian players or acting as a ‘bodyguard’ for his Socceroos teammates. 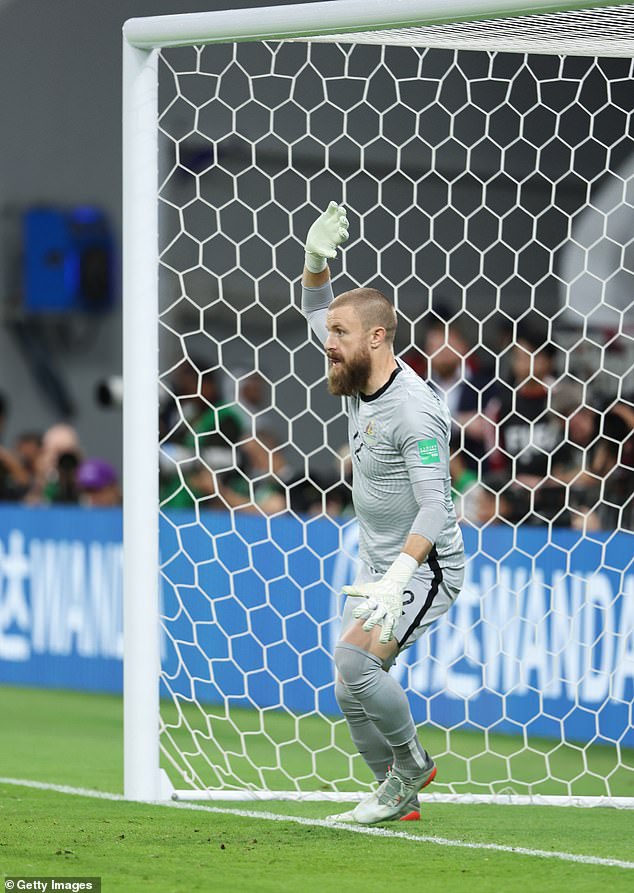 A leading sports psychology professor has broken down why there was a method behind Andrew Redmayne’s madness as he helped the Socceroos qualify for the World Cup in a penalty shootout (pictured, in action against the South Americans) 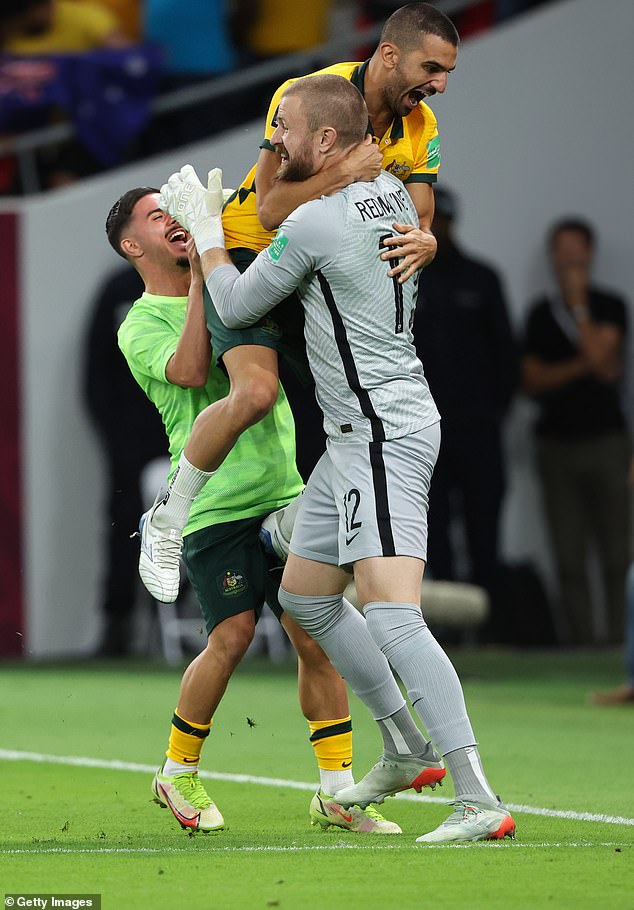 Redmayne’s almost comical dancing routine on the goal line forced one miss and helped him save another from the stunned Peruvians (pictured, with his elated teammates) 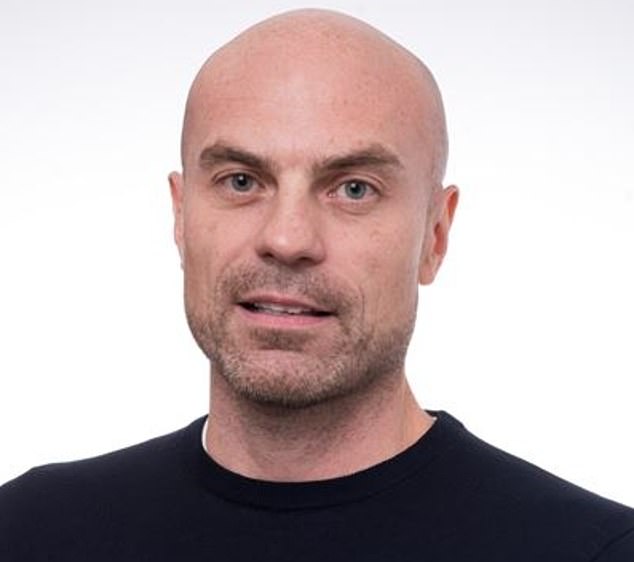 Jordet believes some of the tactics might have been inspired by methods used by England during the 2018 World Cup in Russia – especially with Redmayne personally handing the ball to his teammates before they took their shot on goal.

The reasoning for this was to offer a familiar and friendly face to help ease any nerves.

As Jordet points out, Redmayne was ruthless when it came to his South American rivals, even offering the ball to Peru’s Alexander Callens before kicking it away slightly.

‘The show of disrespect is clear and obvious,’ Jordet said.

The Aussie shot-stopper would walk to the penalty spot with his teammate, acting as what Jordet described as a ‘bodyguard’. In one instance he can be seen pointing at Gallese as if telling him to back up and get back to the goal line.

Redmayne left his best work to last, taking an eternity to steady himself for the deciding penalty.

Seconds later he saved the attempt from Alex Valera, sparking euphoric scenes as the Socceroos qualified for a fifth-straight World Cup in dramatic fashion. 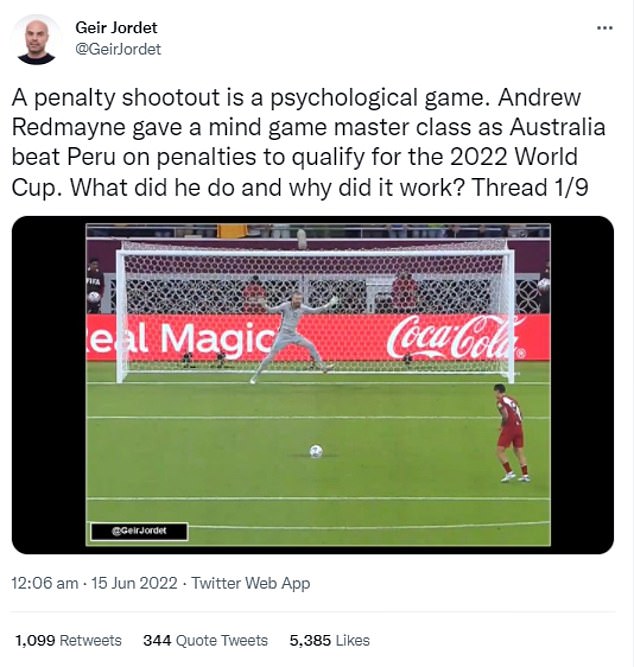 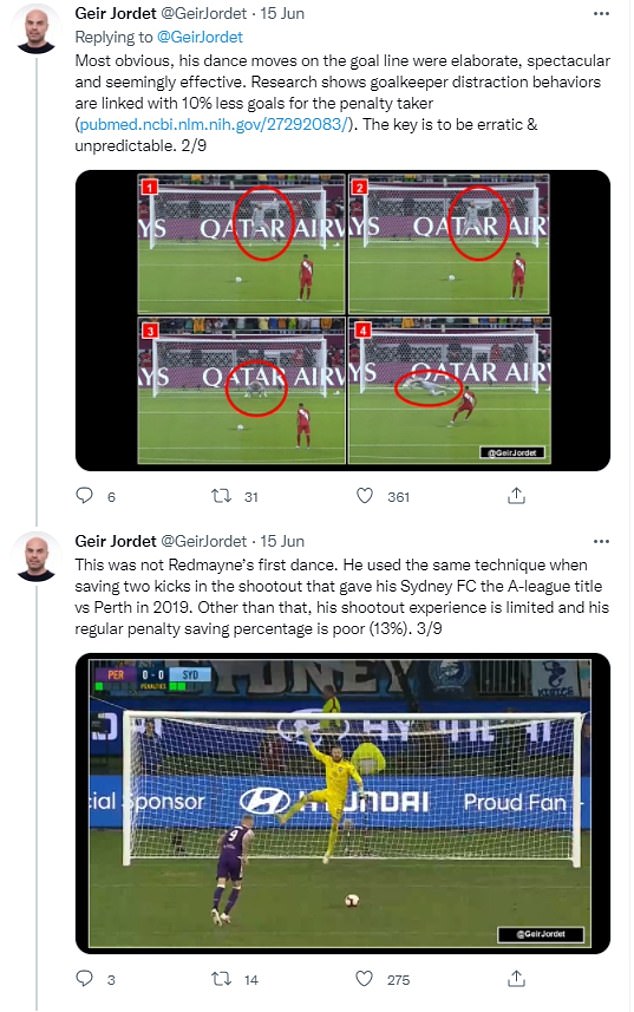 Jordet did his research, showing Redmayne’s antics also worked for Sydney FC in the 2019 A-League grand final versus Perth 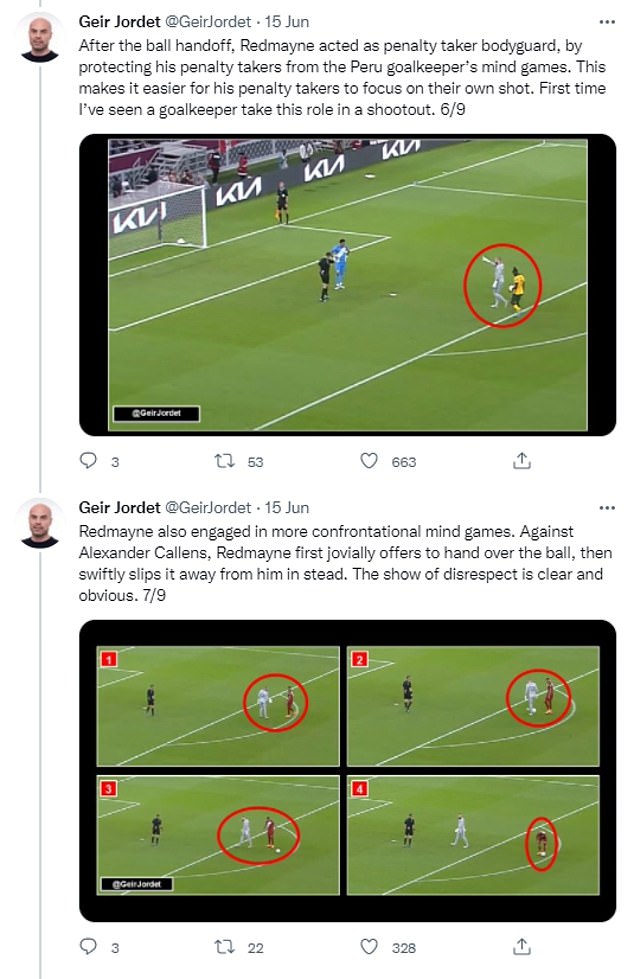 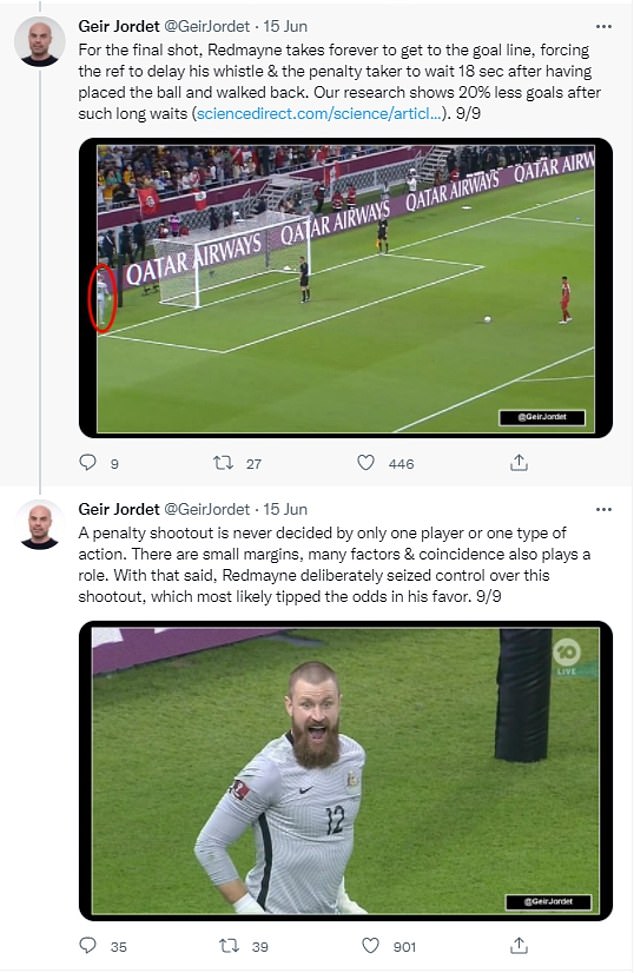 By taking an eternity to stand between the sticks, Redmayne rattled Alex Valera, whose miss saw Australia qualify for a fifth successive World Cup

‘For the final shot, Redmayne takes forever to get to the goal line, forcing the ref to delay his whistle & the penalty taker to wait 18 seconds after having placed the ball and walked back,’ Jordet wrote in his thread.

‘He seized control and most likely tipped the odds in his favour.’

Redmayne told told SEN Radio his gamesmanship was vital given what was on the line – especially after he was critcised in some parts of Peru for hurling Gallese’s drink bottle away from the goal.

The water bottle of his rival had crucial intel on Australia’s penalty takers.

‘If they (Peru) had a water bottle that was beside the goal or in my little area, it would be picked up and tossed into the crowd. It’s a do-or-die moment, it’s us against them,’ he said.

‘I’ve said to a few people it goes against every moral fibre in my body to be that kind of person and that kind of antagonist.

‘But I knew how much it means to our squad and the game as a whole in Australia.’