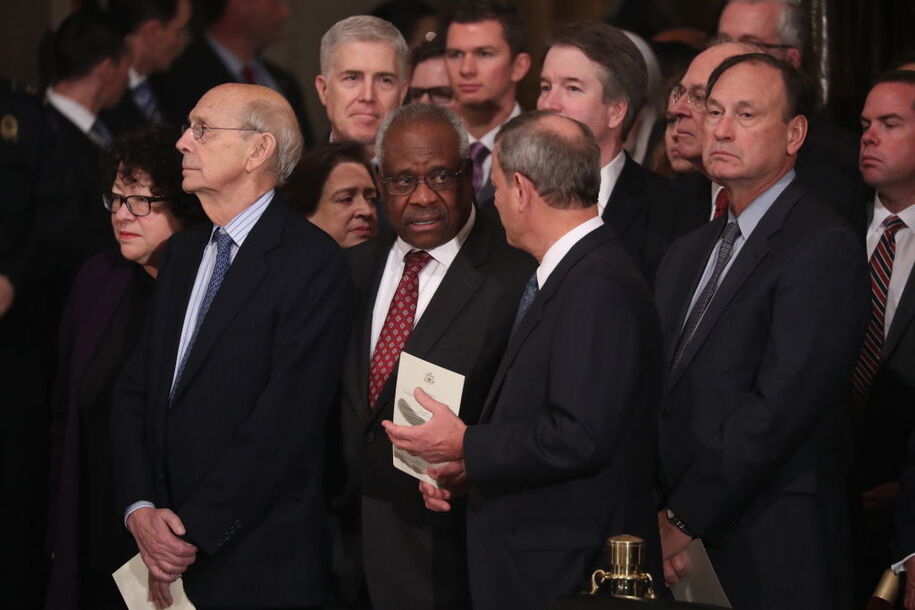 If Supreme Court conservatives announce that Republican states no longer must abide by federal laws, what then? Where does their power end?

The Supreme Court gutted both American privacy rights and public safety with two brazenly far-right rulings last week. They’re not done yet; by this time next week, the court is likely to have erased the government’s ability to enforce environmental regulations using an equally bizarre far-right theory that could erase the federal government’s ability to write any regulations. And at that point, with the help of stonewalling Republican senators, large parts of the United States government simply cease to exist.

The end of Roe is heralding a new era of cruelty and civil rights attacks even as a conservative-stacked Supreme Court strips, from the other federal branches, the power to do anything about it. And the court’s most zealous (sedition-supporting) Republican has already drafted his own list of which rights need to disappear next.