Try telling those lucky enough to have tickets for the Centre Court on Monday that this is somehow a depleted Wimbledon.

It is not a bad running order on the grand old arena — arguably the world’s best ever male player, followed by Britain’s teenage US Open champion, followed by the finest player the country has produced since the war.

These are turbulent times and rarely will the sight of manicured lawns and the thwock of fuzzy balls on taut strings be more welcome and reassuring over a summer’s fortnight. 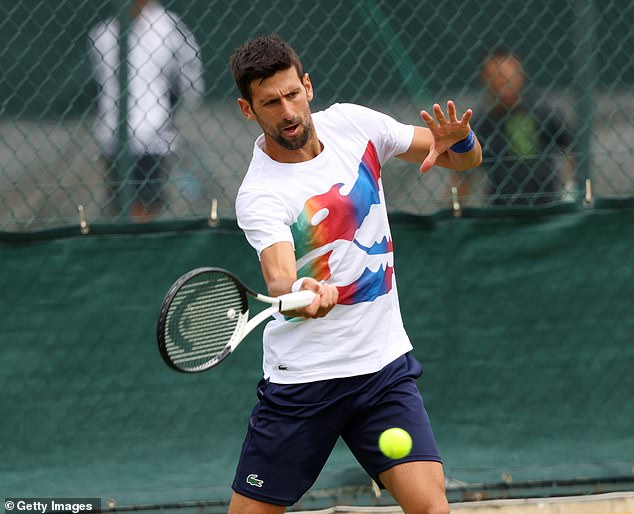 Some of the world’s finest athletes are on show, too, because most of them from tennis are here, although not all.

This will look and feel like a normal Wimbledon but we are still not back to 2019 yet, even though the crowds will flock in the same numbers that they did prior to the pandemic.

What prevents that being so is the ban on players from Russia and Belarus and the retaliatory measures taken by the men’s and women’s tours.

Eleven of the top 100 women are barred from competing, including five of the top 30. Five of the men’s top 100 are also absent, the most significant being world No 1 Daniil Medvedev. 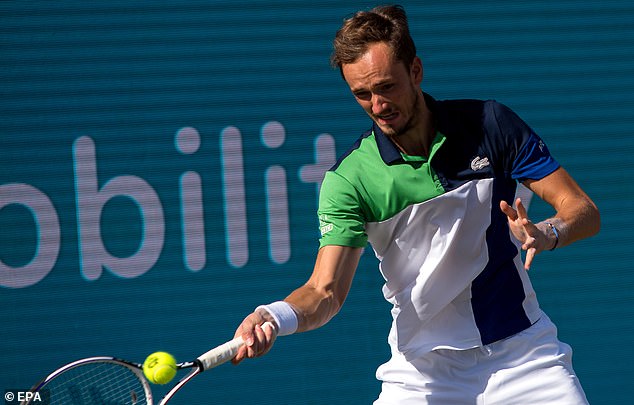 Defending the principle that individuals should not be accountable for their governments, the ATP and WTA have withdrawn ranking points from the event.

The inability to find a compromise has been a chronic failure of communication and diplomacy, but it will make little difference to the watching public.

Little difference to the ultimate outcome of who wins, too. All the serious contenders will be absolutely committed.

There is pretty much a full turnout aside from the two affected nations and the points effect, such as it is, will be subtle. A few of the supporting cast may be less prepared, and in the early rounds there might be players more easily resigned to their fate if they fall behind in a match, knowing their precious ranking will not be affected.

Arguments continue over whether the All England Club was correct in making a decision that has left them isolated from the rest of the sport.

But the tournament will rest easy knowing that the nightmare vision of a Royal handing a trophy to a Russian cannot happen.

More profoundly, and with an eerie sense of timing, bombs began falling on Kyiv again this weekend, reminding the world what this should really be all about. 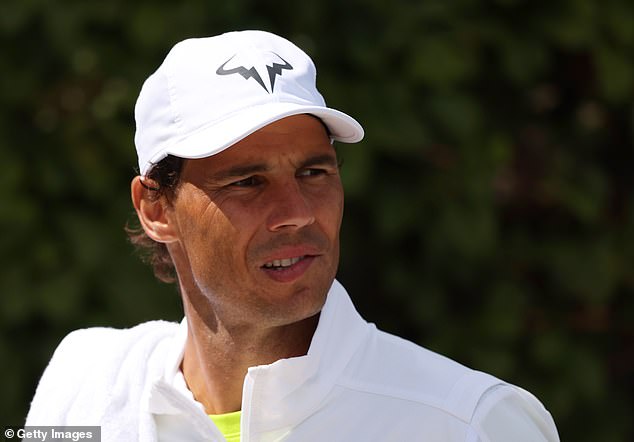 One thing everyone can be grateful for is that Covid is barely being talked about around SW19 after two years that saw outright cancellation and then severely reduced crowds.

The subject barely merits a mention, even in association with defending champion Novak Djokovic. His unvaccinated status is no longer an issue here, although he looks like being barred from the US Open.

Therefore this represents his only remaining chance in 2022 to make up ground on Rafael Nadal in the galactic race to see who ends up with the most Slams.

The Spaniard leads on 22 to the 20 for Djokovic and the injured Roger Federer. If there was a temptation for Nadal to rest his troublesome foot after Roland Garros it was easy to resist, given that he is — incredibly at 36 — halfway to doing the calendar Grand Slam. 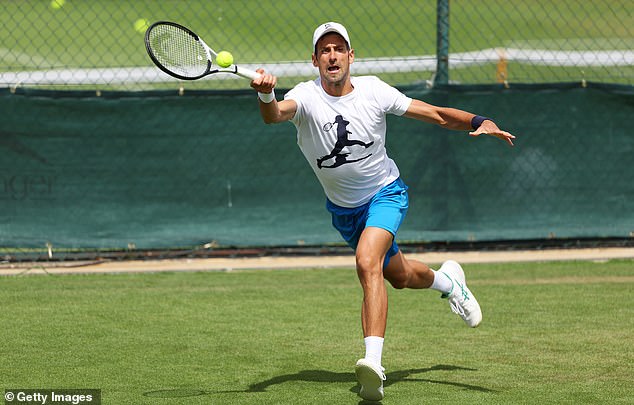 Djokovic’s uncharacteristic lack of fight when they met in the French Open suggests he is still suffering from not having banked his usual matchplay, and Australian title, earlier in the year.

Nadal’s presence after an absence of three years almost feels like a bonus, as does that of Serena Williams, who will add some much-needed sheen to the women’s field.

This could be the American’s last appearance at SW19. Given that she has not played since last year, it will be a case of catch her while you can. 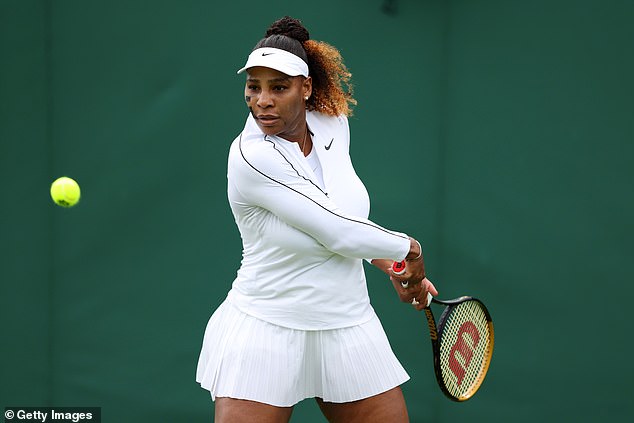 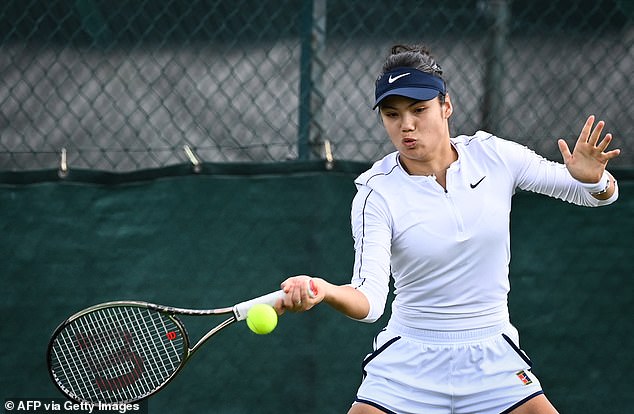 The goodbye of the much-loved Sue Barker from the BBC studio is another reminder that nothing is forever, even at Wimbledon.

Not only has the fallow middle Sunday disappeared, but viewers will also notice this year a new way of players entering the Centre Court. Instead of walking around the side to enter, there will be more of a ‘reveal’, as the canvas parts and they come straight out of the clubhouse doors into the middle of the arena.

Another break from tradition is that the British contingent might not all be gone by the second week.

There are 17 Brits in the two singles competitions and this time a significant number come armed with decent grass court results in the past weeks. 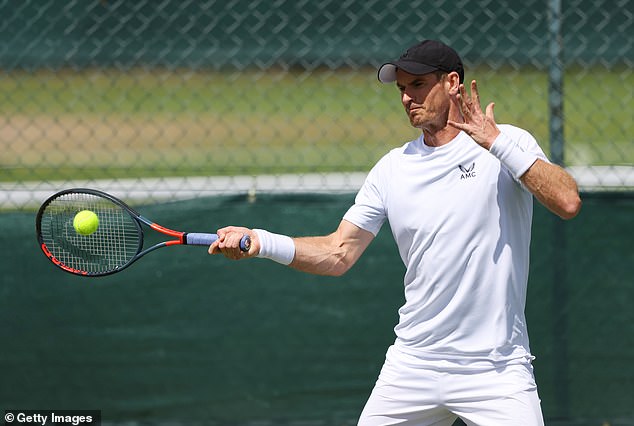 That does not include Emma Raducanu, although she will hopefully find the surge of patriotic support helps her forget any physical ailments.

Some smart money has gone on Andy Murray to make an impact this year and he could yet make a quarter-final date with Djokovic. The 35-year-old Scot has looked sharp in practice and is back in harness with old mentor Ivan Lendl, who usually extracts the best from him.

Among others to keep an eye on are Cam Norrie, Dan Evans, Katie Boulter and Harriet Dart, plus the exciting prospect of 20-year-old Jack Draper.

Strange to say it, perhaps, but in the over-arching sense this Wimbledon is far from pointless.