Glastonbury attendees used 182 TERABYTES of data during event – 76% more than in 2019, EE reveals

Glastonbury festivalgoers used a whopping 182 TERABYTES of data during the five-day event – 76% more than in 2019, EE reveals

After two years of delays amid the Covid-19 pandemic, eager festivalgoers finally headed back to Worthy Farm for Glastonbury Festival last week.

With more than 200,000 attendees this year, it should come as no surprise that a record amount of data was used.

EE has revealed that a whopping 182 terabytes of data was used across the five day event – 76 per cent more than in 2019. 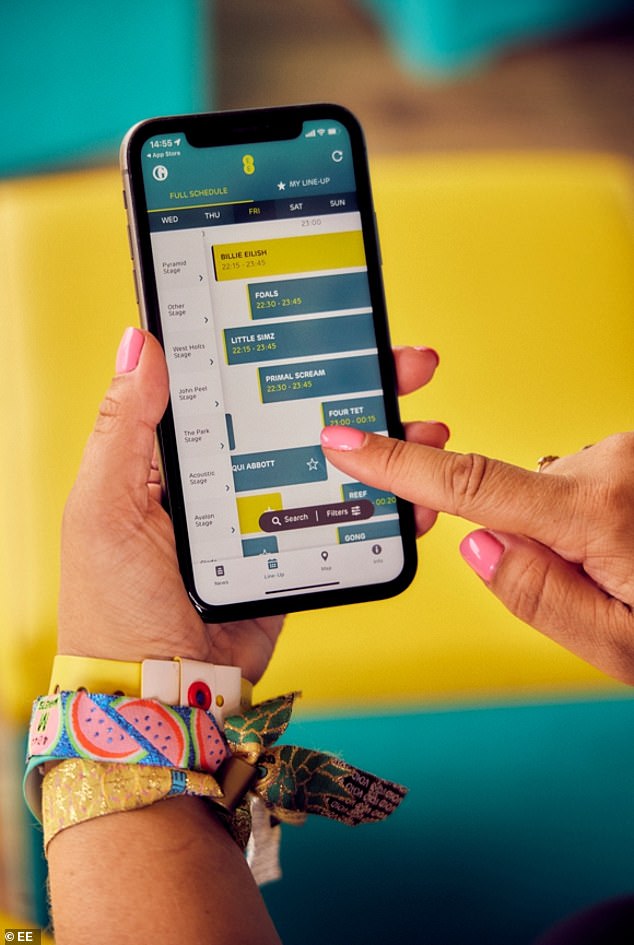 If you’re single and planning to attend a festival this summer, then Tinder’s latest feature could be just the thing.

Tinder has launched Festival Mode, which helps users find and match with fellow festivalgoers before the event.

‘Music is a universal language and the number-one interest among Tinder members worldwide. So many of our members are excited to jump back into in-person events,’ said Kyle Miller, VP of Product Innovation at Tinder.

‘We wanted to build on that excitement and offer them a head start at meeting someone new ahead of one of the biggest festival seasons in years.’

See also  UK heatwave explained: Why is it so hot? Is climate change actually a factor?

EE, the official technology partner of the festival, says that’s the equivalent of viewing 7.2 billion Instagram posts, or downloading the popular Beatles song Hey Jude – as performed by Paul McCartney during the festival – 5.4 million times.

Pete Jeavons, Marketing Communications Director at EE, said: ‘With so many new and exciting ways for Festival goers to share their Glastonbury experiences with friends and family, it’s no wonder that every year we see the demand for data increasing.’

EE’s Glastonbury app was downloaded 193,000 times, with 39,000 of those downloads coming from fans watching at home.

The app included an interactive map as well as shareable line-ups, with 5.6 million artists added by users to their curated feeds.

Unsurprisingly, the most popular perfomance took place at the Pyramid stage on Sunday afternoon, according to EE’s data.

Diana Ross, who performed to a packed out crowd on the final day of the festival, was added to 53,000 users’ line-ups.

A record number of calls were also made this year, with many festivalgoers keen to share their expeience with their loved ones. 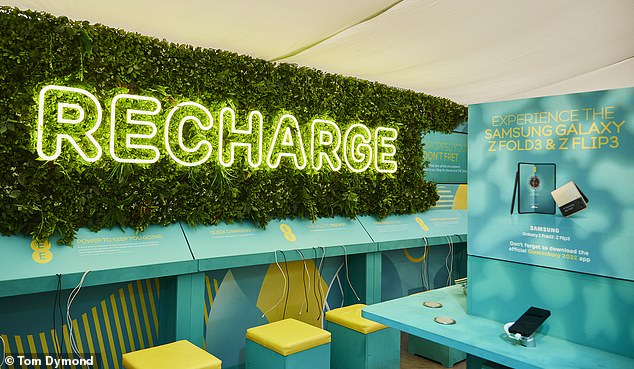 EE’s Recharge Tent also proved popular, with almost 12,000 revellers going to give their phones a power-boost during the festival

According to EE, 3.4 million calls were made during the event.

‘This legendary Festival is one of the most exciting places on the planet for music fans, and our data shows that people are as keen as ever to use our technology to make the most of their time at Worthy Farm,’ Mr Jeavons added.

‘It makes us all really proud to see how many people benefitted from the ability to plan their line ups and catch their favourite artists.’

EE’s Recharge Tent also proved popular, with almost 12,000 revellers going to give their phones a power-boost during the festival.

Meanwhile, 8,182 users made use of EE’s power bank swapping service to ensure their smartphones remained charged and connected while at Glastonbury.