Russian logistics are back to playing a central role 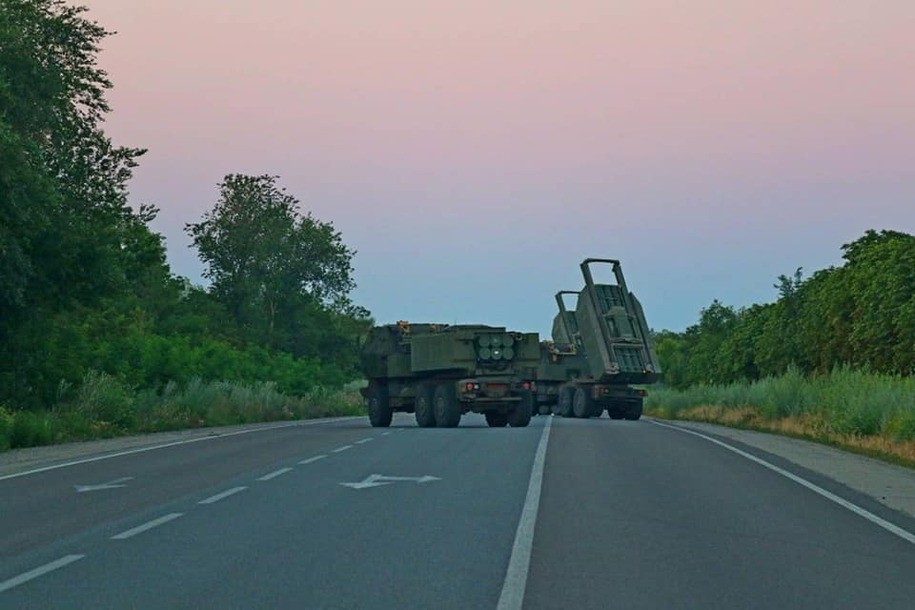 HIMARS getting ready to fire, somewhere in the eastern Donbas front

The first phase of the Putin’s War ended when Russia was unable to maintain supply lines to forces besieging Kyiv. The second phase shifted predominantly to the eastern Donbas front, where logistics were suddenly less important. 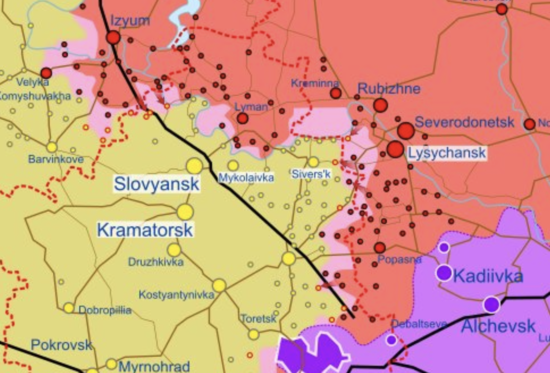 Russia was able to take Kreminna, Rubizhne, Severodonetsk, and Lysychansk all within a few dozen kilometers of their main supply nodes—railheads. Note how the Izyum salient, with its longer supply lines, barely budged in three months. But to the east, not only could Russia avoid long, difficult lines of communication (supply), but they could literally send their tanks and artillery guns to nearby railheads to directly load up on ammo:

Russia is so incompetent with logistics, that they literally sent their heavy equipment to get their own supplies and ammo, rather than do what every other army in the world does—use far more efficient trucks. I can’t even imagine how many of these tanks and artillery guns broke down trying to get their own supplies. These vehicles aren’t build for long road trips.

But as stupid as that might’ve been pre-HIMARS (and other western long-range artillery), it’s now literally impossible. With Ukraine’s ability to reach out and touch anything within 85 kilometers of the front lines, Russia is in serious need of 1) new supply depots, well to their rear, and 2) more trucks to ferry supplies. And they better hurry, because their existing depots are going “boom!” every single night.

One Donetsk People’s Republic blogger says his side is in a state of “panic” over such attacks, like the one at Shaktersk, Donetsk, which led to the evacuation of locals.

Shakhtersk. BC warehouse. Amazing people quite correctly (our army is not mistaken) placed it within the reach of the [Ukrainians] and controlled MLRS and eventually got a successful result. The one they expected. And amazing people kept fuel and lubricants at the tank farm in the frontline district of Donetsk, and also… And again and again […]

In the city, darkness and panic, ammunition is lost, the amazing person who did not move the stockpile further is unknown. And he won’t be known […]

See also  Choice is an issue on every single ballot

[Ukrainians] will destroy everything on the territory of the DPR. Both military and civilian.

This pre-war look at Russian logistics sketched out the exponential challenges of moving supplies over longer distances:

It is possible to calculate how far trucks can operate using simple beer math. Assuming the existing road network can support 45 mph speeds, a single truck can make three trips a day at up to a 45-mile range: One hours to load, one hour to drive to the supported unit, one hours to unload, and another hour to return to base. Repeating this cycle three times equals 12 hours total. The rest of the day is dedicated to truck maintenance, meals, refueling, weapons cleaning, and sleeping. Increase the distance to 90 miles, and the truck can make two trips daily. At 180 miles, the same truck is down to one trip a day. These assumptions won’t work in rough terrain or where there is limited/damaged infrastructure. If an army has just enough trucks to sustain itself at a 45-mile distance, then at 90 miles, the throughput will be 33 percent lower. At 180 miles, it will be down by 66 percent. The further you push from supply dumps, the fewer supplies you can replace in a single day.

Turns out, Russia’s lack of crates or forklifts means that loading and unloading their trucks takes far longer than one hour, more like 2-4x that time. Each Russian artillery shell weighs 114 lbs, and the crate with propellent is around 170 lbs. Each has to be loaded and unloaded by by hand. 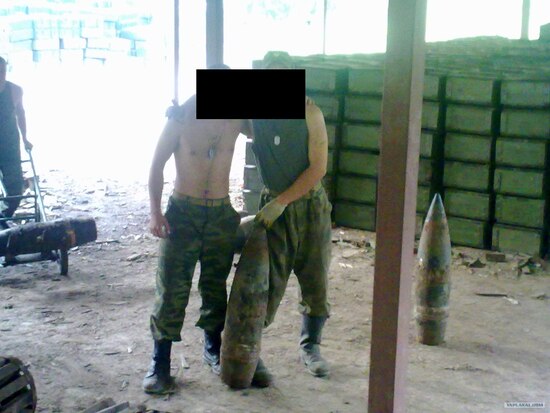 Russian soldiers hamming it up with artillery shells

Imagine loading or unloading an entire truckfull of those crates, with nothing to grab on to, not even any handles. Yeah, that’ll take a while. Then multiply by the thousands of rounds Russian artillery consumes per day.

Meanwhile, roads close to the frontlines are cratered messes, requiring travel at dramatically slower speeds, mostly during daylight. All the while, Ukraine is doing everything to make those roads impassable.

According to ISW, UA partisans blew a railroad bridge 25k north of Melitopol. I believe it’s this one. The red bridge located at the edge of the red 25km circle. pic.twitter.com/V31CMr5kP7

And this is hilarious:

I have reliable information the railway bridge in Kup’yans’k has been hit dead center today and is inoperable. The grand wizards cleaning bucket water did not help protecting the bridge. pic.twitter.com/yDc2I3KpR9

The bridge had literally just reopened, rebuilt by Russia’s special railroad troops after retreating Ukrainian forces blew it. It was even blessed by an Orthodox priest.

But the bridge was within range of Ukrainian artillery, so an easy target. And it’s not the only one now within range thanks to newly arrived Western artillery and rocket systems.

Road travel in war time is hard. So instead of three daily trips, we’re probably talking one. Maybe. And remember, Russia must move everything that feeds an army—artillery and tank rounds, small arms ammunition, spare parts, food, water, fuel, etc.

Thus, the war is entering a third phase. The Battle for the Donbas might be ongoing, but this is a new kind of war. Russia’s need to reach deeper into Ukrainian territory to contest the twin strongholds of Sloviansk and Kramatorsk will rekindle the same logistical challenges we saw early in the war. In fact, they’ll be much worse, because Russia will no longer be able to stockpile ammunition next to railheads for easy dispersion to the front. HIMARS will require Russia to multiply and disperse smaller stockpiles away from those railheads, much further from the front. If Ukraine eventually gets ATACMS rockets for their HIMARS as rumored, with their range of 300 kilometers, Russia’s woes will only multiply. And then there’s this:

See also  Asian father lies in a coma after being carjacked, robbed, and brutally beaten

Russian artillery is still burning through their local supply of ammunition. We should see a decrease in fire intensity over the next week if Ukraine is indeed crimping Russian logistics.

Take a look at the German/Dutch Panzerhaubitze 2000 (PzH 2000) self-propelled gun in action, there’s nothing like it:

The cannon can adjust so five rounds all land at the exact same time. I wouldn’t be surprised if these guys were behind this wall of fire down in the Kherson front:

Here is a PzH 2000 getting loaded up with its full complement of 50 shells.

Loading PzH 2000 ammunition. 60 shells in 12 min. Standard HE DM121 Boattail round with the maximum range fire is 30–36 km pic.twitter.com/sytbPYPYL9

Ukraine has 12 of these from German and Dutch stocks.

That’ll total 12 HIMARS, plus the nine M270 MLRS launchers the U.K. and Germany are sending. it’ll be a challenge to supply that many with a steady stream of pods.

M982 Excalibur rounds cost $112.8k each (or $112 million in this package alone). HIMARS/MLRS rockets cost around $130,000 each. Don’t be surprised if Ukraine stops getting launchers and guns, and most of the remaining allocated aid package goes to paying for expensive munitions and spare parts. That’s not a bad thing. Odds are good that ammo supply is the current bottleneck, not artillery guns or MLRS launchers.

(Tanks and infantry fighting vehicles is another matter…)