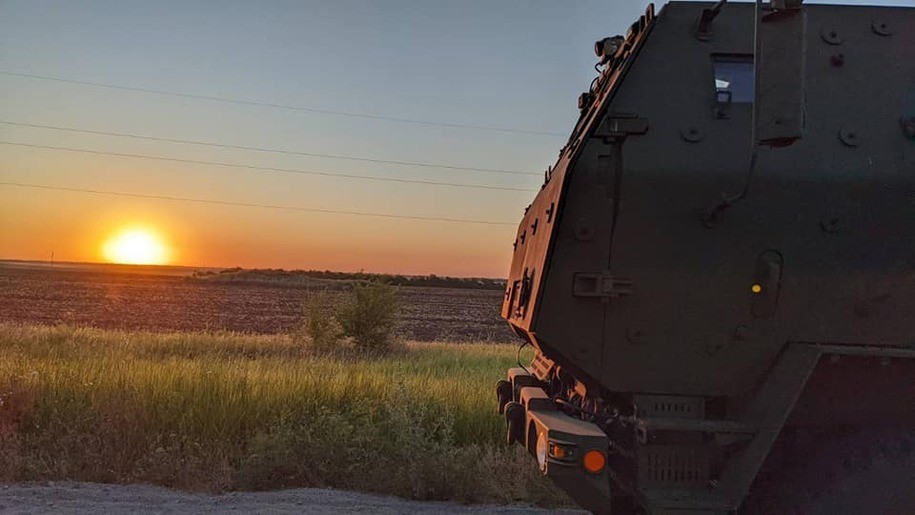 When night arrives, HIMARS goes on the hunt

The first season of the Ukraine War was the assault on Kyiv, ending with Russia’s humiliating retreat. The second season was the Battle of Donbas, which ended on a cliff hanger with Russia taking Severodonetsk and Lysychansk (and with it, Luhansk Oblast) amidst horrific casualties on both sides. Season three has just begun, and it picks up our heroes in their continued defense of the rest of Donbas (Donetsk Oblast) while “setting the conditions” for the liberation of Kherson. But mostly, Season Three is about logistics, and the latest cast member, HIMARS, is stealing the show.

Prior to last night, there had been anywhere from a dozen to 18 ammo and C2 (command and control) targets hit by HIMARS and other Ukrainian long-distance rockets. But last night, the floodgates opened.

This post will be a roundup of those attacks, demonstrating the culmination of years of pent-up Ukrainian frustrations—knowing where Russia kept its weapons stores and being unable to do anything about it. Until now.

Click on the first tweet to get an entire thread full of videos of the burning site. The attack took place at 4 am, and was still burning well into the morning.

Potential significant ammunition depot in Russian-occupied Alchevsk, 40km+ behind the frontline in Luhansk region hit tonight. Seems like a probable HIMARS strike by Ukrainian forces given the range and accuracy of the strike pic.twitter.com/ixmuhGXKhC

Possible consequences of all these attacks?

Still some hours to go in the day, but looks like Russian ranged fire has been dialled back enormously. Here is the Fire Map for so far today in the Donbas pocket, and for all of yesterday (so not fully comparative). And most fire seems to be behind Russian lines. pic.twitter.com/TWdqw3nWGa

Command and Control getting hit hard, too:

– New Kakhovka, Kherson region. – Yesterday’s attack on the command post of the 49th army, air defense, and warehouses with missiles for air defense. According to preliminary data, more than a hundred were destroyed, about 200 were wounded, half of whom were severe, some of whom would not survive.

Nova Kakhovka is east of Kherson, and is strategically important for two reasons: 1) it is the mouth of the canal that delivers water to all of Russian-occupied Crimea, and 2) is the location of a major “filtration camp,” Russia’s version of concentration camps.

Down in Kherson, the barracks of the Russian Rosgvardia national guard—Putin’s personal army—got hit by HIMARS overnight.

Russians are frustrated, like our old friend Igor Strelkov.

Igor has a point—remember when we worried about Russia interdicting arms supplies into the country? That never happened, and Russia has zero capability to do so. Their Air Force is afraid to fly more than a few kilometers from friendly territory, and certainly won’t push deep into Ukrainian airspace. And remember that Russian air strike against an unguarded Snake Island, attempting to destroy equipment they left behind? They dropped four bomb, three missed the island altogether and landed in water. Forget trying to hit anything accurately.

They lack precision-guided rockets, preferring to use their unguided trash against residential buildings, needing only to target the general vicinity of a neighborhood to accomplish their terrorism. Their vaunted Spetsnaz special forces units (akin to our Green Berets or Navy SEALS) are clearly incapable of operating behind enemy lines. So HIMARS and its ammo pods and 155 mm artillery shells and all that good stuff can be railed and trucked to the front lines with little impediment.

The same used to be true for Russia and their supplies, so long as units stayed close to their supply railheads. But that’s no longer the case.

HIMARS is having a notable and real impact on Ukrainian morale.

Man at the site of a vicious Russian attack sees a CNN reporter, and his response is a gleeful “HIMARS!” That certainly cuts across any language barriers.

It certainly looks like Ukraine has a long list of targets to hit, limited only by the $840,000 ammo pods the United States can deliver. At some point, however, when they’re closer to the big expected late-summer, early-fall counterattack, these strikes will start hitting Russia’s air defenses, preparing the way for drones and warcraft to pummel Russia’s front-line defensive emplacements.

We can really see why the U.S. Marines are ditching all their tube artillery in favor of HIMARS.