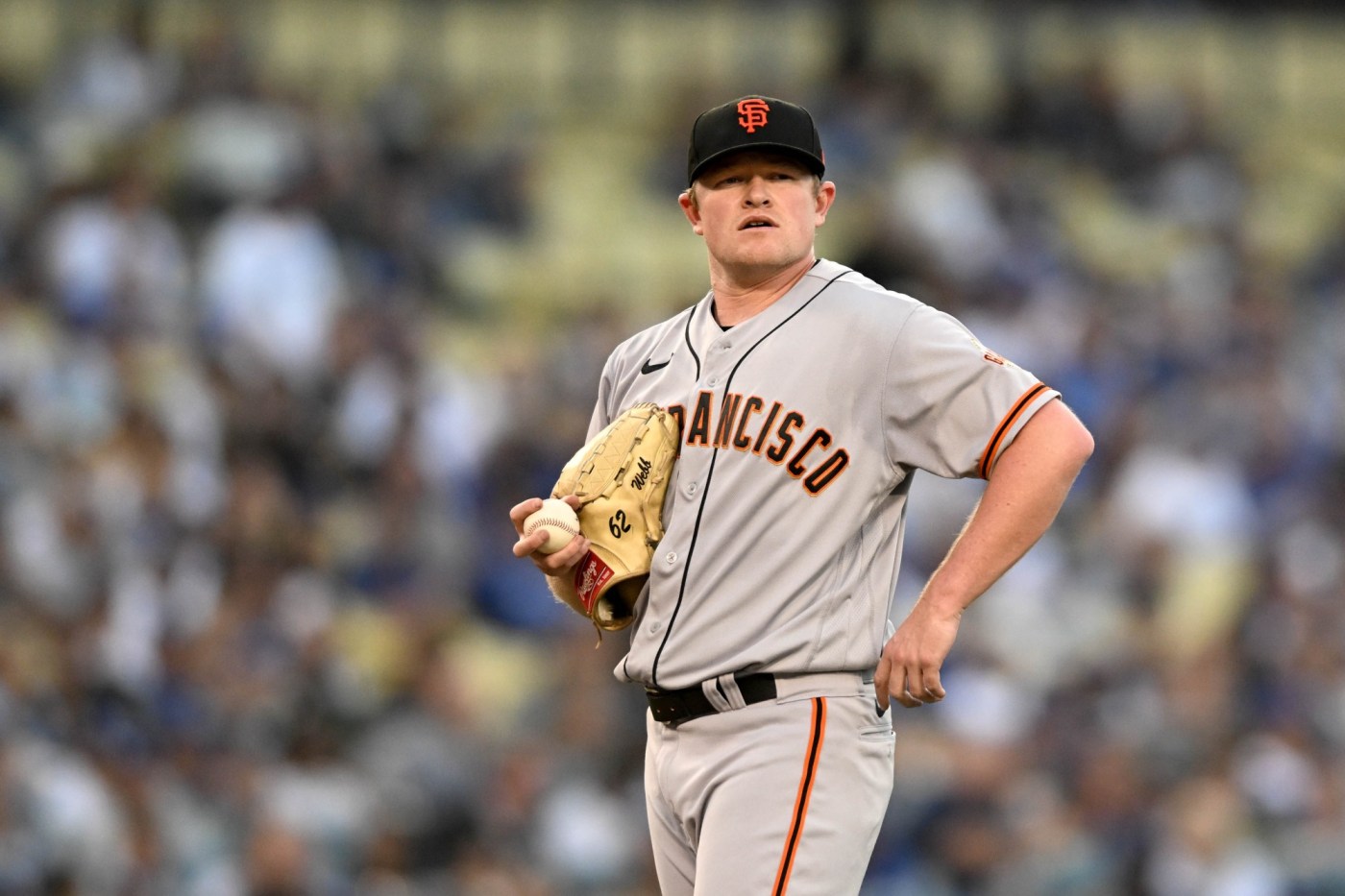 LOS ANGELES — An error, a hit batsmen and a wild pitch all preceded Cody Bellinger stepping to the plate in the bottom of the eighth. The Giants had nobody to blame but themselves for this predicament, a full Dodger Stadium pregnant with anticipation in a tied game and the bases loaded.

The 51,316 on hand Friday night erupted moments later, when Bellinger hooked a hanging curveball around the right field foul pole that broke open a tied ballgame, laid waste to a gritty performance from Logan Webb and sent the Giants on their way to their second late-inning loss, 5-1, in as many games here since the All-Star break.

In one of his first looks as a high-leverage reliever, Sam Long allowed a leadoff single to Freddie Freeman, who advanced to second on a pitch in the dirt from Long. Max Muncy should have been the second out of the inning when he grounded softly to LaMonte Wade Jr. at first, but the ball snuck under his glove. And Long loaded the bases for Bellinger when he hit Jake Lamb with the first pitch of the at-bat that preceded Bellinger.

All five Dodgers runs Friday — and every one of their 14 through the first two games of this series — came with two outs. On the pitch that came right before his plunking of Lamb, Long ended a seven-pitch at-bat by getting Gavin Lux siwning for what felt like a momentous second out. Instead, it only helped set up Bellinger’s heroics.

Once the Giants tied the game at 1 in the fourth inning, that’s where it remained until Bellinger’s game-deciding dinger in the eighth — a turn of events that seemed unlikely after Logan Webb started his outing by issuing four walks by the time he recorded his fifth out.

Dating back to his June 14 start against Kansas City (7 IP, 0 ER), Webb has been one of the most effective starters in the majors. His 1.37 ERA over that span entering Friday night was better than all but two other starters. So that made the rocky beginning to his start Friday night especially anomalous.

In a way, how the night started only made Webb’s end result more impressive, despite taking a no-decision in the loss.

Although Webb’s six innings and one earned run will look unremarkable next to his past seven outings — and his four walks will seriously stick out, only the fourth time he has issued that many in a start — he was able to produce that line after laboring through 51 pitches and six base runners in the first two innings.

A leadoff single from Mookie Betts was the only run that came around to score in the first, despite Webb issuing three straight bases on balls with two outs (the third, to Gavin Lux, forced home Betts). He allowed two more runners to reach in the second — and Yermín Mercedes’ misplay in left allowed one to make it to third with one out — but induced a 6-4-3 double play with an added degree of difficulty, given that Thairo Estrada was playing shallow at short.

These two teams feature the top two ERAs from their starting pitchers in the majors, and Webb met his match in Tyler Anderson, the former Giants lefty enjoying a career year in his first season in Los Angeles. The only run the Giants were able to scratch off Anderson came on an RBI single from Mercedes in the fourth, after base hits from Estrada and Evan Longoria and a throwing error that put Longoria 90 feet away for Mercedes’ RBI knock.

See also  'We suffered an assault on our democracy'

But chew on this: both starters went six innings, and Webb needed only 12 additional pitches, despite nearly throwing as many through two innings (51) as Anderson had through four (59). Webb threw more balls in the first inning (16) than Anderson did pitches (14).

Pitching in the first-half finale Sunday, then again Friday in the second game after the All-Star break, Webb was the only member of the Giants rotation who didn’t receive extra rest this week. Could that — or alternatively his time on the shores of Lake Tahoe — contributed to the rough way his outing began? The four walks were his most in a start since Aug. 16, 2020.

Webb’s walks, however, were a distant memory in the wake of Bellinger’s grand slam.

A night earlier, in the first game of this series, the Dodgers prevailed on another eighth-inning home run, when Betts broke open a tied game with a three-run shot off Jarlín Garcia.

The Giants have now lost all four games they have played this season at Dodger Stadium and trail the season series, 4-3, with two more on tap this weekend. So far, their deficit in the National League West has only grown, increasing to 14.5 games after Friday’s loss, eclipsing the widest gap even in the 2020 season.