Prepping for a summer cookout? If you head over to Amazon right now, you can pre-order the retailer’s hottest new charcoal grill: the Google Pixel Buds Pro.

Yes, that sentence you just read didn’t make a lot of sense, but Amazon’s search engine thinks it does! The algorithm has apparently decided that not only do the new charcoal colored earbuds count as a “charcoal grill,” they’ve apparently been the best-selling product in that category for over 24 hours now (via Reddit and Mishaal Rahman) without Amazon doing anything about it. 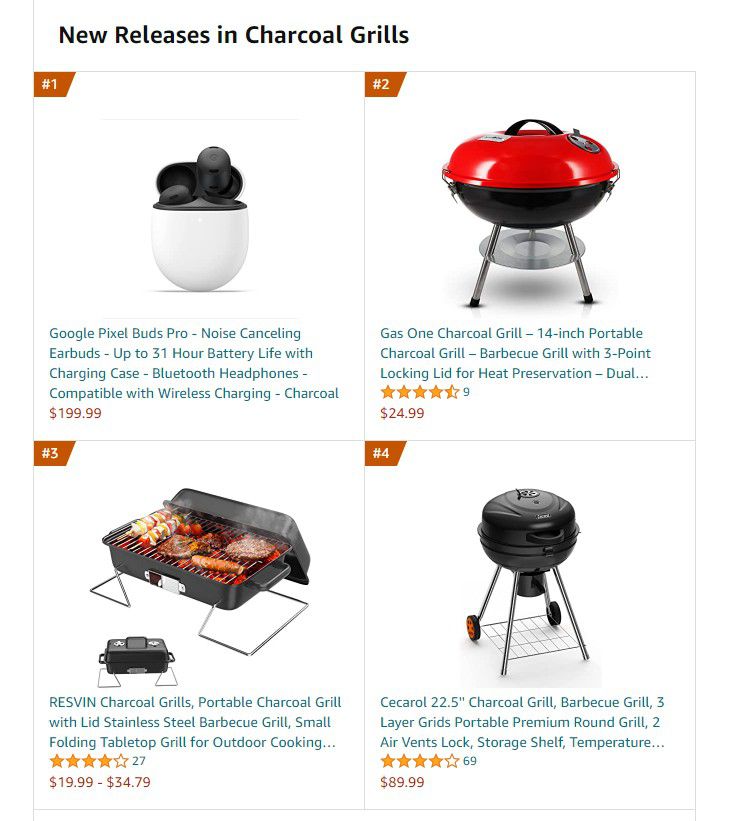 One of these things is not like the others.Screenshot by Sean Hollister / The Verge

In general, I wouldn’t read too much into any badges you’d see on an Amazon product. As another example, did you know the “Amazon’s Choice” badge isn’t a stamp that indicates any sort of quality whatsoever? It’s algorithmically doled out to all sorts of products that you wouldn’t think deserve it.

And don’t get me started on Amazon’s user reviews — though there, the company does clearly know it has a problem, and pursues large enforcement actions (like this recent crackdown on Facebook fake review groups) every year.

Last month, The Wall Street Journal wrote about the deluge of random-letter-generator Chinese brands that appear when you look for products. It’s interesting to see how many of them rank in the charcoal grill list, too — including such storied brands as RESVIN, Cecarol, Oilzz, YSSOA, and DOIT.