While TikTok was once seen as an app for teenagers, many of the world’s biggest brands have realised its potential for reaching a wide audience and have launched their own accounts.

Now, a study has revealed how junk food brands including Pepsi, Starbucks and McDonald’s are encouraging TikTokers to market their products for them, through hashtag challenges.

Researchers from Deakin University in Australia studied videos from 16 food and beverage brands, and revealed the clever tactics used to drive brand engagement on TikTok.

For example, the study highlights Pepsi India’s #SwagStepChallenge, which challenged viewers to make a ‘swag’ sign using their hands to trigger Pepsi-branded sunglasses.

This challenge hashtag was viewed a whopping 107.9 billion times and provided Pepsi with extensive free marketing.

‘Our study has shown that TikTok is an emerging source of unhealthy food marketing, including that created by users at the instigation of brands,’ the researchers wrote in their study, published in BMJ Global Health.

‘Given TikTok’s popularity among children, our findings support the need for policies that protect children from the harmful impact of food marketing, including that on social networking platforms.’ 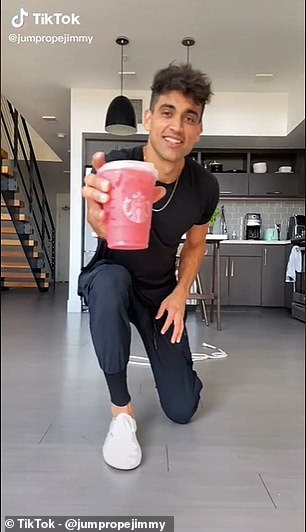 Researchers from Deakin University in Australia revealed how many brands not only use their own accounts for promotional activity, but also encourage viewers to market their products for them

With over one billion users, TikTok has become the go-to social media app for people around the world, and is particularly popular amongst children.

Despite this, there’s been little research on how junk foods are promoted to youngsters on the app.

In the study, the team assessed the videos posted by 16 food and beverage brands, as of 30 Jun 2021.

Four accounts – Coca-Cola, Sprite, Fanta and Diet Coke – had not posted any videos.

Diet Coke had the fewest followers (14), while Starbucks had the most (1.6 million).

Many of the most popular videos encouraged viewers to create their own videos featuring the brands’ products. 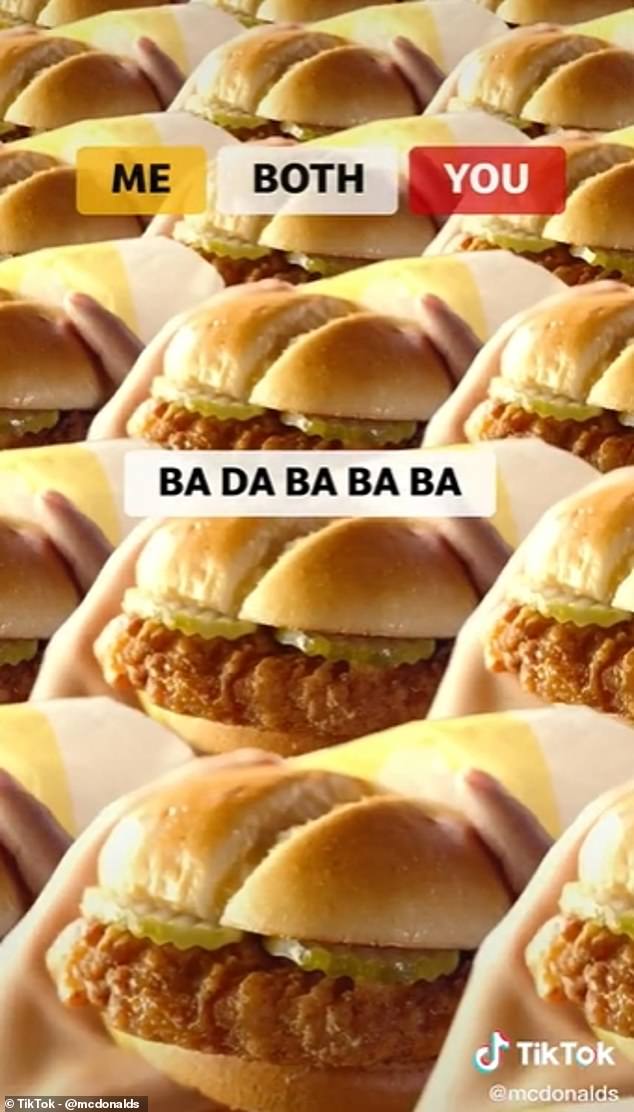 McDonald’s #McDonaldsCCSing hashtag has been viewed 8.6 billion views, and challenged viewers to duet with the brand 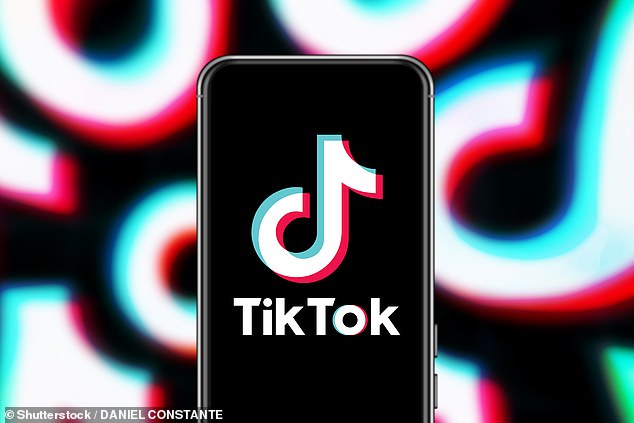 With over one billion users, TikTok has become the go-to social media app for people around the world, and is particularly popular amongst children

‘Analysis of a sample of brand-relevant user-generated content created in response to these showed that branded hashtag challenges are effectively turning users into, in TikTok’s words, “unofficial brand ambassadors”.’

Videos posted by influencers were particularly effective, garnering nearly 10 times as many likes per video on average as those seemingly not paid for.

The UK’s Health and Care Bill proposes that all ‘paid-for’ online marketing of ‘less healthy food and drink’ is banned from 2023.

However, the researchers highlight a proposed exemption in the bill.

‘A proposed exemption for brand-only advertising (ie, advertising of a brand with no identifiable unhealthy foods in the advertisement) risks limiting the extent to which children are protected,’ they explained.

‘Nearly half the branded hashtag challenges in our study promoted brands, rather than foods per se and thus appear to be out-of-scope of the proposed law.’

Based on the findings, the researchers are calling for better policies to protect children from the harmful impact of food marketing online.

‘TikTok’s rising popularity also calls for further research into its potential impact on public health and its role as a corporate political actor,’ they concluded.

WHAT ARE THE RULES FOR ONLINE INFLUENCER ADVERTISING?

Committee of Advertising Practice (CAP) created a document called  ‘An Influencer’s Guide to making clear that ads are ads’.

This body represents advertisers, media owners and agencies and it is responsible for writing the Ad Codes.

The Advertising Standards Authority (ASA) is the UK’s advertising regulator and makes sure ads across UK media stick to the advertising guidelines.

Competition and Markets Authority (CMA) can take action against people.

Sixteen celebrities have been picked up for their constant breaching of the rules set out by these government bodies.

When content promotes particular products or services and contains a hyperlink or discount code the poster receives payment for every ‘clickthrough’ or sale from that content.

This, therefore, falls under the category of advertising and must be considered as an ad.

Affiliate links or discount codes may feature for only some of the content, not al lof it.

In this instance the user must make clear that only these sections are an ad, but that should be evident.

If they work with a brand to create some content that will be posted on a user’s channel.

This qualifies as an ad for the brand if the company (1) ‘paid’ them in some way or (2) had some editorial ‘control’.

Freebies are included under this, not just payment.  #freebie is suggested as a label to make this clear.

Products, gifts, services, trips, hotel stays etc. given for free are all likely to qualify as ‘a payment’.

#ad or #sponsored are some of the obvious ways the poster should label their content.

It must also be placed prominently at the beginning of the post, rather than buried away among other hashtags.

Influencers used to be able to get away with declaring who they work for in their bio, this will no longer be sufficient and each post should be adequately labelled up.

More than one commercial partnership should also be stated for each post.