The decapitated head of an ancient Egyptian mummy that was collecting dust in an attic of a now dead doctor’s UK home has been put under a CT scanner, revealing it once belonged to a woman who lived some 2,000 years ago.

Canterbury Christ Church University conducted preliminary scans that shows she had well-worn teeth because of a rough diet, her brain was removed and her tongue is still remarkably preserved.

Although researchers are unclear about the origins of the head, they think it was brought back from Egypt as a souvenir in the 19th century and passed down as an heirloom.

The theory stems from the popularity of mummies during the Victorian era. People at this time hosted ‘unwrapping parties’ where a group would have food and drinks while enjoying the process of pulling away the wrappings of a mummified body. 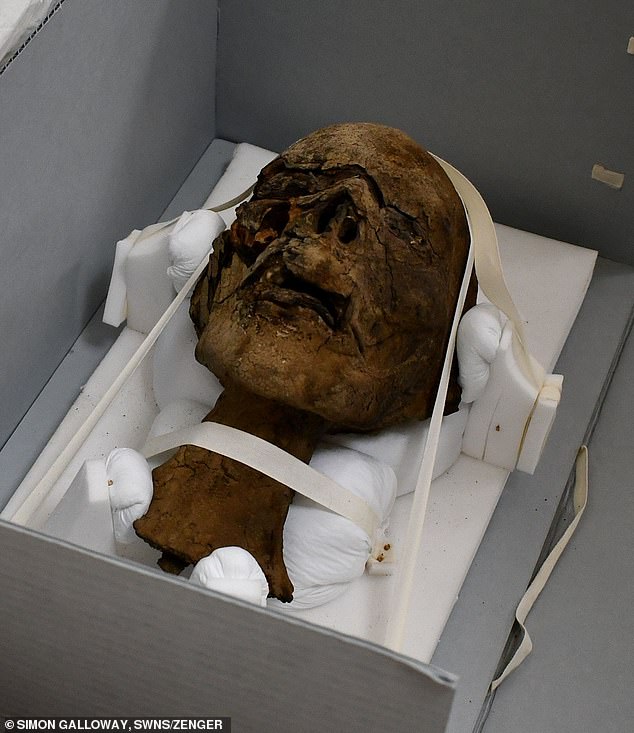 The mummified head was donated to researches. It was found in the attic of a home in the UK 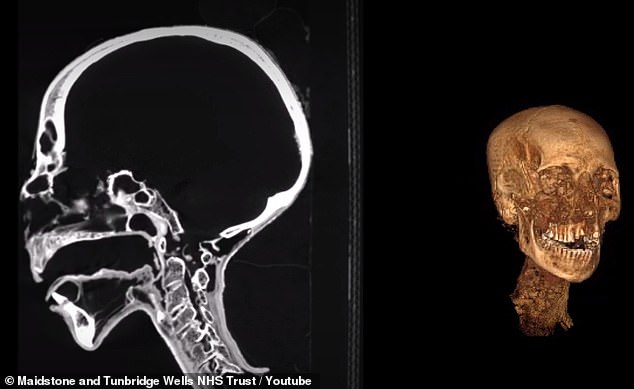 A CT scanner was used on the decapeptided mummy head, allowing the team to recreate it in 3D and analyze what may be hiding under the wrappings

The head was donated to the researchers in November 2020 and the first CT scan was conducted a year after. Now, the team has uncovered new details of the head, such as the person’s gender and their diet.

The worn teeth suggests the woman feasted on grains, which were a staple food among ancient Egyptians.

The CT scan also revealed a tube of some kind within the spinal canal and left nostril.

‘Whether the tubing is historic (Victorian) or ancient (Egyptian) is unknown, James Elliott, a lecturer in diagnostic radiography at Canterbury Christ Church University, shared in a statement. 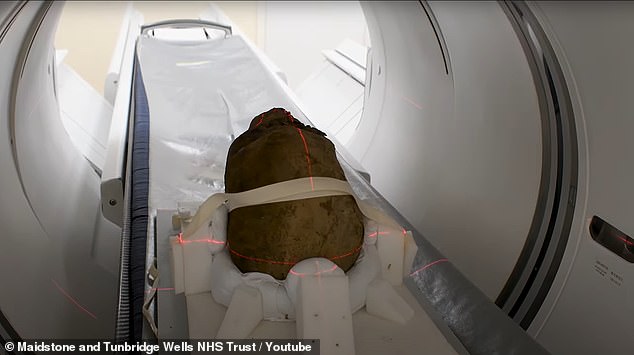 The scans show the head belonged to a woman who lived 2,000 years ago. Her teeth are worn down, suggesting she had a rough diet 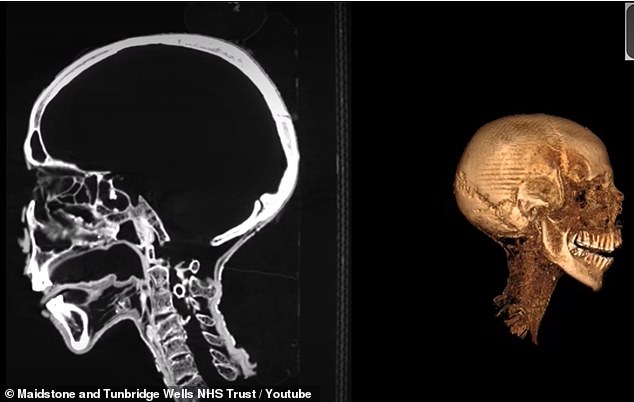 The next portion of this on-going project is to thoroughly analyze all of the scans again, with the hopes of providing more detail about pathology, trauma and dental status.

And Elliot notes the team will attempt to find a route within the head to carefully remove the brain.

‘Ironically, the ancient Egyptians believed that a person’s mind was held in their heart and had little regard for the brain,’ he shared in a statement.

‘Regardless of this, the brain was removed to help preservation of the individual.’

Other tests including ancient DNA and carbon dating are both potential avenues of scientific investigation. Eventually the results will be disseminated in an academic journal and shared with the public.

Once the team has learned all they can, a facial reconstruction of the woman will be conducted.

CT scanners have become the popular way of investigating mummies. as in July the technology was used to determine the death of once individual known as ‘the mummy of the screaming woman.’ 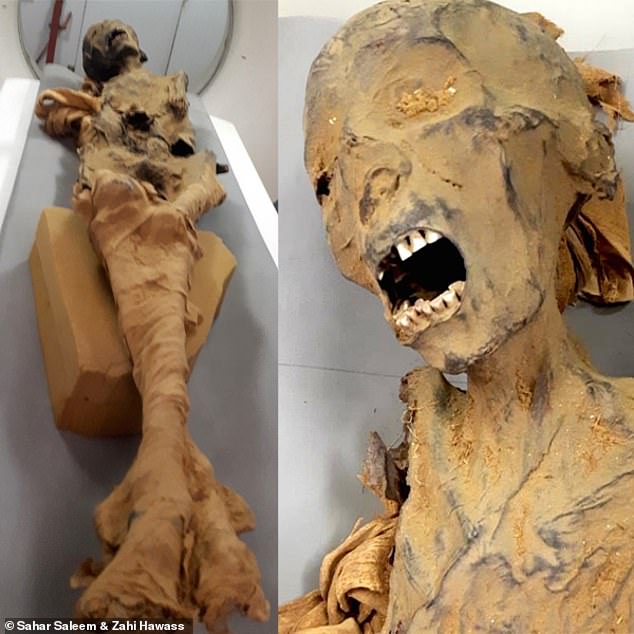 CT scanners have become the popular way of investigating mummies. as in July the technology was used to determine the death of once individual known as ‘the mummy of the screaming woman’ – she died of a heart attack

The woman was embalmed with her head titled back and mouth open as if crying in terror.

To uncover the mystery, Egyptologist Zahi Hawass and Sahar Saleem, professor of radiology at Cairo University used a CT scan to reveal what caused her death some 3,000 years ago.

The results show she suffered from a severe case of atherosclerosis that affected a number of her arteries.

The position of the remains suggests the woman was not discovered until hours after, which was long enough to develop death spasms and embalmers preserved the body as it was found.