Now all Google Nest cameras can stream video to your TV

Google is finally bringing an old feature to its new Nest cameras. Starting this week, you can stream the video feed from all your Nest cameras and video doorbells to your TV using a Chromecast with Google TV. Google announced the feature in a blog post on the Google Nest Community forum Wednesday morning.

“What?” You ask. “Couldn’t you already do this?” Well, yes and no. It was possible to view the video feed from older Nest cameras — such as the Google Nest Doorbell (wired), the now discontinued Nest Cams, and the camera inside the Nest Hub Max — on the biggest screen in your home.

But, as I noted in my review of the new Nest Cam (indoor, wired), none of Google’s newer cameras could stream to Chromecast devices. (All Nest cameras can stream to both Google smart displays and Amazon’s Echo smart displays). 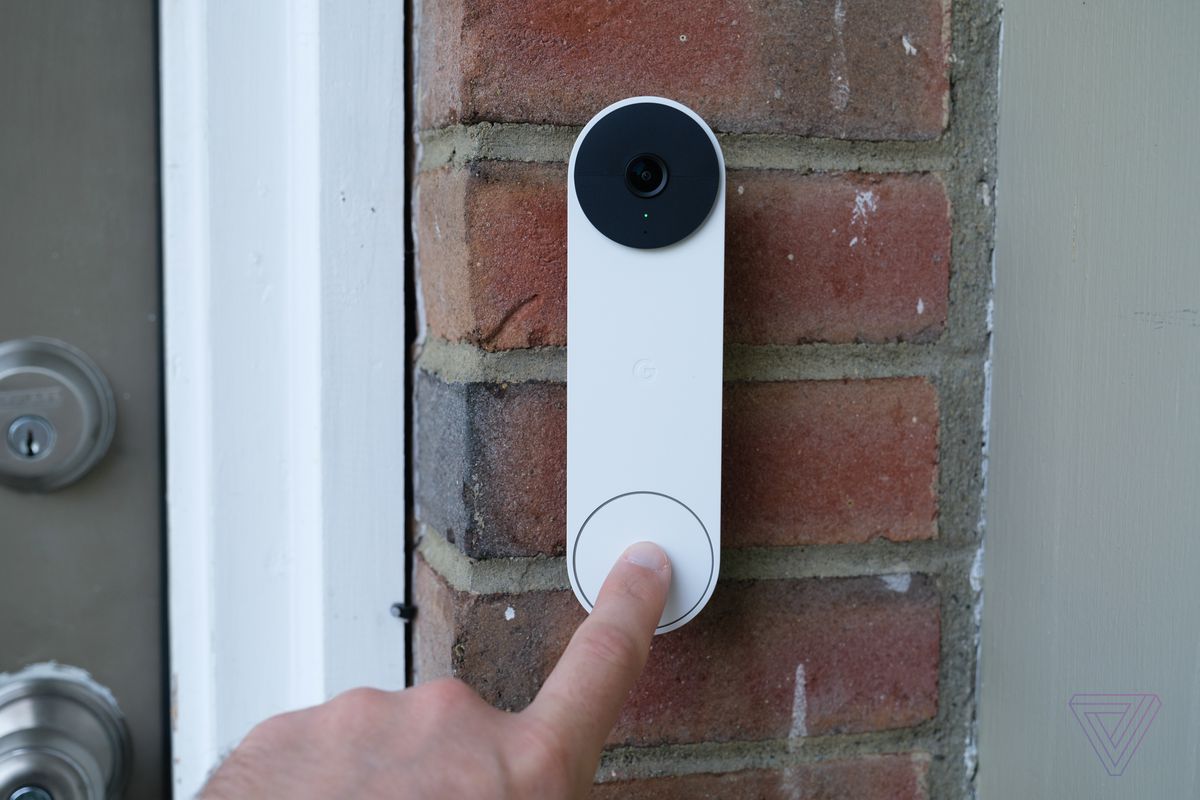 Starting this week, you can view a live stream from your Nest Doorbell (battery) on your TV using a Chromecast with Google TV.Photo by Dan Seifert / The Verge

However, Google only singles out the newer Chromecast with Google TV as supported, so we don’t know yet if it will work on other Chromecast and Google TV devices.

The new integration is rolling out this week, according to Google. And there’s nothing to enable to activate it. Just make sure your Chromecast is on the same Wi-Fi network as your cameras. You can either use the Google TV voice remote by pressing the Assistant button and saying, “show me the front door camera.” Or ask your Nest speaker or smart display, by saying, “hey Google, show me the front door camera on my TV.”

Now, we just need Google to follow through with its promise to add a web portal option to its new Nest cameras, so they can finally gain feature parity with its old Nest cameras.