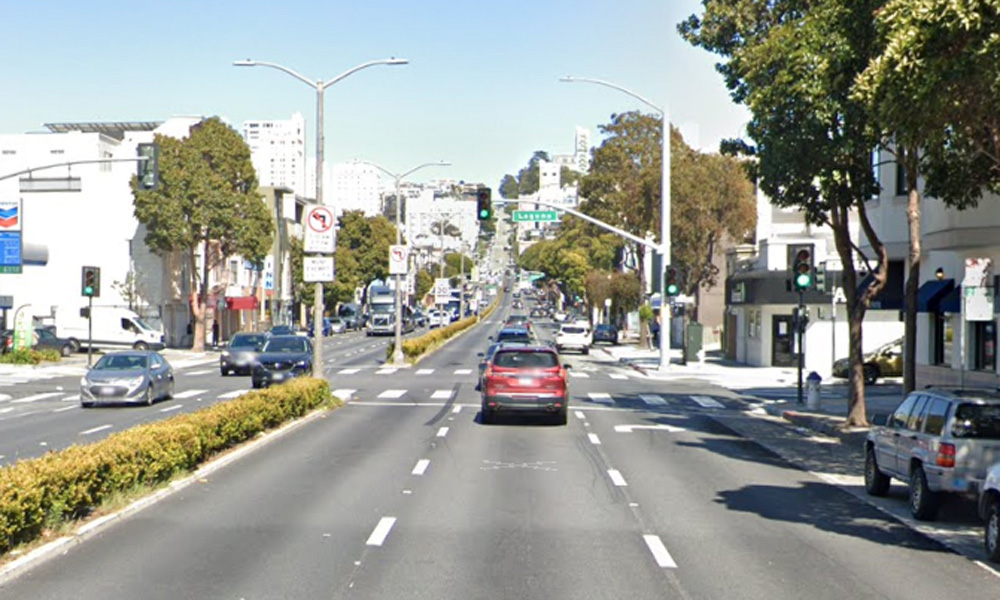 A daytime shooting in a tourist area of San Francisco was apparently prompted by road rage after a crash, police said.

The suspects were caught when a second crash ended a chase of more than two miles.

The shooting was reported at 4:15 p.m. Wednesday near Lombard and Laguna streets, an area of motels in the Marina district. Two vehicles had collided, and one of the drivers fired a gun before fleeing in his car.

Police pursued the suspect’s vehicle for about 2½ miles until it crashed on Market Street near Front Street, a block from the Salesforce Tower.

A 28-year-old Pittsburg man was arrested on suspicion of crimes including attempted murder, possession of stolen property, driving with a suspended license, driving the wrong way on a one-way street and failure to stop at a red light.

A 30-year-old Vallejo woman who was also in the car was arrested on suspicion of attempted murder, conspiracy, probation violation and driving without a license.

Both were taken to a hospital with injuries not believed to be life-threatening.