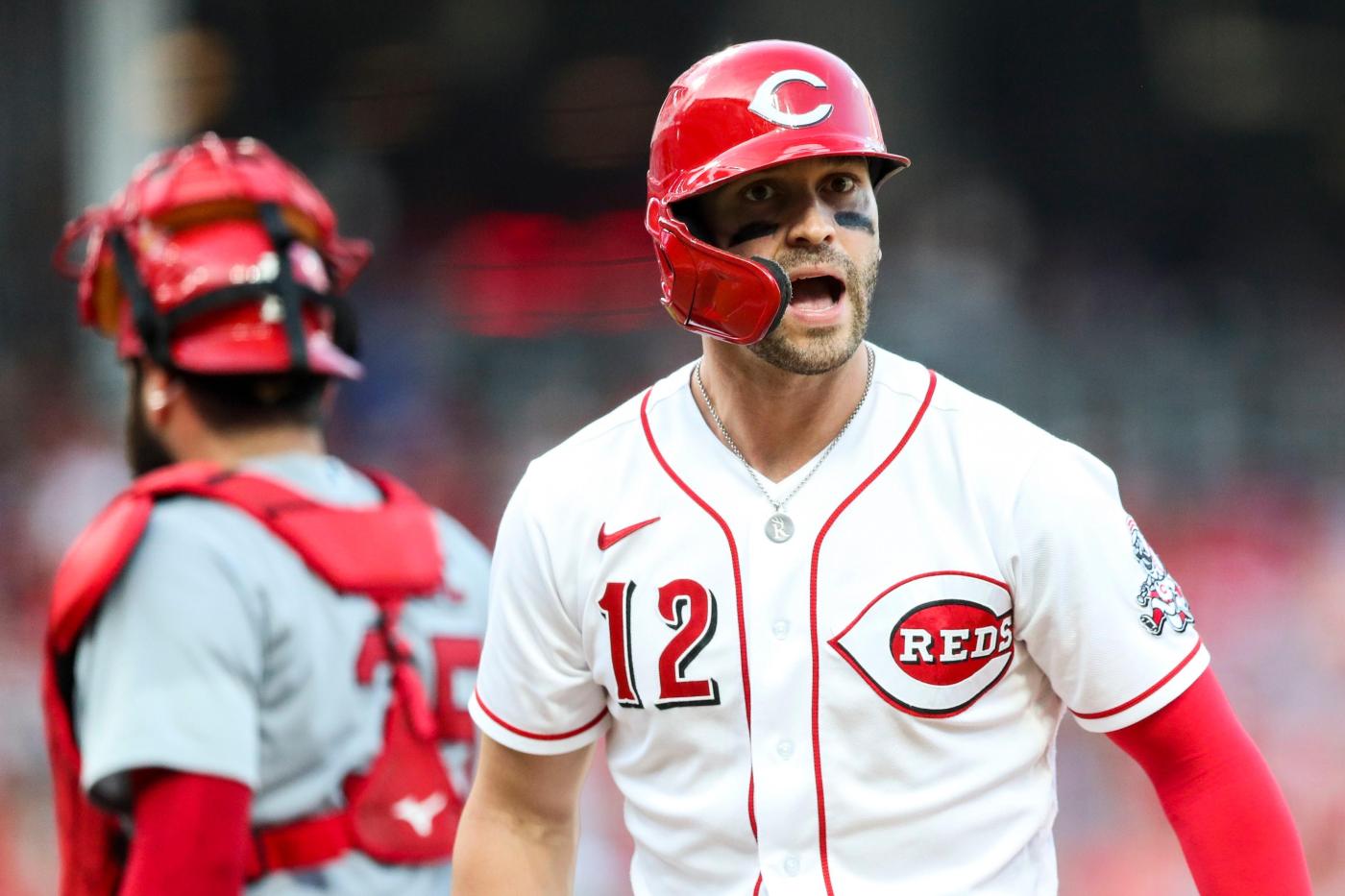 While they still have a few more days until the Aug. 2 trade deadline, thus far the Mets have made moves to give themselves little micro-advantages rather than springing for any of the best available options.

Last week, there was the acquisition of Daniel Vogelbach, a guy who’s extreme splits mean he will only be seen against right-handed pitching. The move they made late on Thursday night is similarly aimed at eliminating weaknesses rather than creating a strength.

The Mets traded two minor leaguers to Cincinnati for outfielder Tyler Naquin and left-handed reliever Phillip Diehl. The deal is really about Naquin, though, who hit .246/.305/.444 in 56 games for the Reds this year. More importantly, as the Mets look to create platoon edges wherever they can, the left-handed Naquin is hitting .264/.333/.472 off righties.

What this move mainly does is protect Eduardo Escobar from having to hit those scary right-handers. Escobar has been dreadful against that group, who flip him around to his less potent left-handed batting stance. With Naquin around, he prevents Jeff McNeil from having to play the outfield as often, instead holding down second base against righties while Luis Guillorme handles third base. In 259 plate appearances against righties this year, Escobar has only managed a .200 batting average and .590 OPS, which is a problem considering most of the pitchers in the league use their right hand.

Now, the Mets can swap out Escobar — who, against righties, is 28% worse than the average hitter by wRC+ — for Naquin, who is 17% better than league average in that situation. With their sights set on something much greater than regular season wins, the Mets now also have the luxury of providing their outfielders with some more regular rest. Brandon Nimmo, Starling Marte, McNeil and Mark Canha are all in the top 25 of plate appearances by National League outfielders. The weather certainly isn’t going to get any cooler in August, and one or two days a month in the shady dugout rather than the sweltering outfield grass isn’t the worst idea in the world.

See also  One dead, three wounded in drive-by shooting in Oakland’s Uptown district and another part of downtown – The Mercury News

As for the specifics, Naquin was playing on a one-year deal with Cincinnati and will hit unrestricted free agency at the end of the year, hence his availability. This is his seventh year in the league after being selected with the 15th overall pick in the 2012 draft, one pick ahead of Lucas Giolito and two before Corey Seager.

Naquin spent the first five years of his career in Cleveland and finished third in Rookie of the Year voting in 2016, the same year he played in five of the team’s seven World Series games. For his career, he’s played almost exactly the same amount of center field (1,633 innings) as right field (1,611), which was his primary post for the Reds.

He also missed all of June with a quad strain and has struggled since coming back. In July, he’s hitting .220/.278/.400 with 16 strikeouts to just three walks. That last bit is completely indicative of Naquin’s hitting approach. He’s struck out in just over 25% of his career plate appearances while walking in just 6.4% of them. The Mets got Vogelbach to practice plate discipline against righties and Naquin to light them up. His career .472 slugging percentage with righties on the mound is over 125 points higher than it is against same-handed pitchers, and 50 of his 57 lifetime home runs have come at the expense of righties.

Blessed with pretty good speed, Naquin was mostly hitting first and second for the Reds this year before the injury. Post-IL, he’s been entrenched in the sixth and seventh spot, which is probably around where he’ll bat for the Mets. On a rudderless Reds team, Naquin had to carry more of the load, but getting traded to the Mets allows him to be the role player he’s more suited to be.

Diehl, meanwhile, put up great strikeout numbers for the Reds’ Triple-A team but has bricked each of his limited big league chances. In 23.1 innings for the Louisville Bats this season, the 28-year-old Diehl posted a 30.6% strikeout rate. The Reds called him up early in the season to fill a spot in their bullpen and he only struck out three of the 28 hitters he faced while 11 earned their way on with a hit or unintentional walk. Diehl got MLB innings for the Rockies in 2019 and 2022 as well, which also did not go very well. All told, he’s run a 9.47 ERA in 21 MLB appearances. Barring some truly magical tweaks from pitching coach Jeremy Hefner, it does not look like Diehl is the left-handed reliever these Mets have been pining for.

The minor leaguers who went to the Reds — 18-year-old outfielder Hector Rodriguez and 19-year-old pitcher Jose Acuna — were not regarded as top 20 prospects in the Mets’ system. Both are a long way from the majors and no guarantee to even get there at all.

This move makes the Mets better, or at least deeper, than they were before. But unless general manager Billy Eppler is envisioning a deadline that improves the foundation rather than making a big renovation to the house, it also isn’t the end of his wheeling and dealing. Catcher and designated hitter still need to be addressed, as does the bullpen, which took another hit on Thursday when Drew Smith landed on the IL.

If the 2015 National League champion team is any comparison — which it should be given how well the Mets have played and how reasonable their World Series expectations are — the 2022 team has made its Juan Uribe and Kelly Johnson moves. A Yoenis Cespedes-sized splash still awaits.