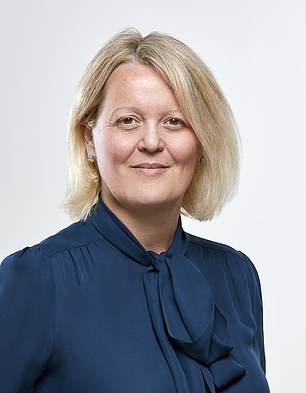 NatWest is in the early stages of studying a bid for wealth management firm Quilter, according to City sources.

A takeover would be the biggest for the British lender since the bank went into taxpayer ownership at the height of the financial crisis with a £46billion bailout.

Private equity firms including CVC, Bain Capital and BC Partners have also shown interest in the FTSE250 group in recent weeks, the sources said.

Quilter, with a value of £1.4billion, is said to be one of many wealth management firms that lack scale and investment to compete with larger players and banks.

Its shares are down a third this year to their lowest since it went public in 2018 following the break-up of its parent, financial services firm Old Mutual.

Quilter is on NatWest’s list of potential targets, two sources said. The bank, which is part-owned by the Government, is looking to grow its wealth management business.

It already owns Coutts whose clients include the Queen, members of the aristocracy and wealthy City professionals.

A deal to buy Quilter would extend these services to ‘mass affluent’ middle-class households with more than £100,000 spare money to invest, one source said.

In June, chief executive Alison Rose said NatWest had ‘significant excess capital’ and would consider an M&A that can drive ‘compelling shareholder value’.

A takeover of Quilter would be the latest in a series of corporate deals in the asset management industry.

London-based Brewin Dolphin agreed to be taken over by Royal Bank of Canada in April for £1.6billion. Aviva bought Succession Wealth Management for £385million in March.

NatWest is understood to have considered targeting other financial services firms, alongside Quilter. It is not clear how advanced plans are at present.

However, sources said private equity firms are actively considering options, although plans are in the very early stages.

Such firms rely heavily on borrowing to fuel acquisitions and lenders have slashed the amount of debt they are prepared to issue to fund such deals since March, when Russia invaded Ukraine.

One source said the arrival of a new Prime Minister may provide more certainty – providing a window of opportunity in September or October.

He said the cost of debt is high at present, dousing enthusiasm for deals among private equity firms.

‘If you want to borrow money for equity you have to be very confident in the direction of travel for the company,’ he added.

NatWest said last week that operating profit hit £1.5billion in the second quarter to June, a 20 per cent increase on the previous year.

That was ahead of analysts’ expectations of £1billion. The performance was boosted by rising interest rates and mortgage lending.

Quilter’s assets under management were £107billion in the first quarter of this year, a decline of 4 per cent from the previous quarter.