NBA legend Bill Russell, an 11-time NBA champion, has died at the age of 88.

Russell’s 11 titles with the Boston Celtics came between 1956 and 1969 in one of the sport’s most dominant eras. He also won an Olympic gold medal with the United States in 1956 and two NCAA titles at San Francisco in 1955 and 56.

His family said that he ‘passed away peacefully at age 88 with his wife, Jeannine, by his side’.

They said in a statement on Sunday: ‘It is with a very heavy heart we would like to pass along to all of Bill’s friends, fans & followers:

‘Bill Russell, the most prolific winner in American sports history, passed away peacefully today at age 88, with his wife Jeannine, by his side. Arrangements for his memorial service will be announced soon.

‘Bill’s two state championships in high school offered a glimmer of the incomparable run of pure team accomplishment to come: twice an NCAA champion; captain of a gold-medal-winning US Olympic team; 11 times an NBA champion; and at the helm for two NBA championships as the first black head coach of any North American professional sports team.

‘Along the way Bill earned a string of individual awards that stands unprecedented as it went unmentioned by him. In 2009, the award for the NBA finals most valuable player was renamed after two-time Hall of Famer as the “Bill Russell NBA Finals Most Valuable Player Award.’ 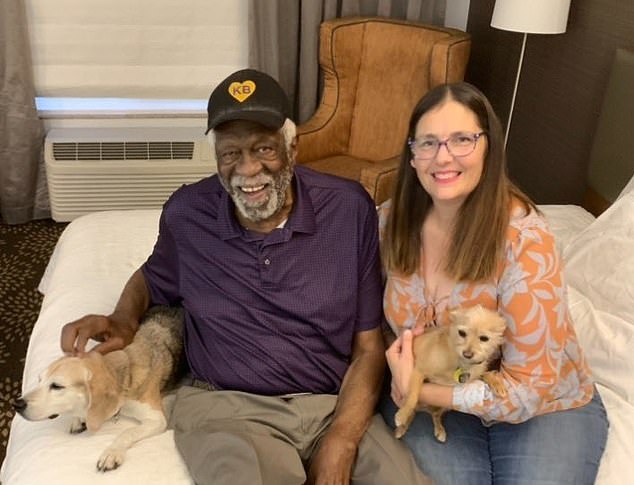 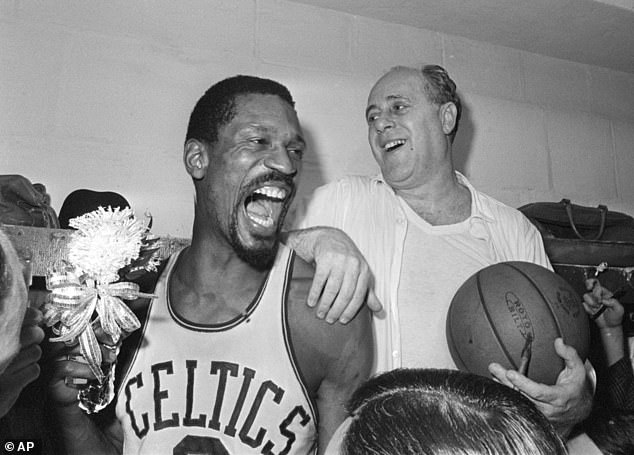 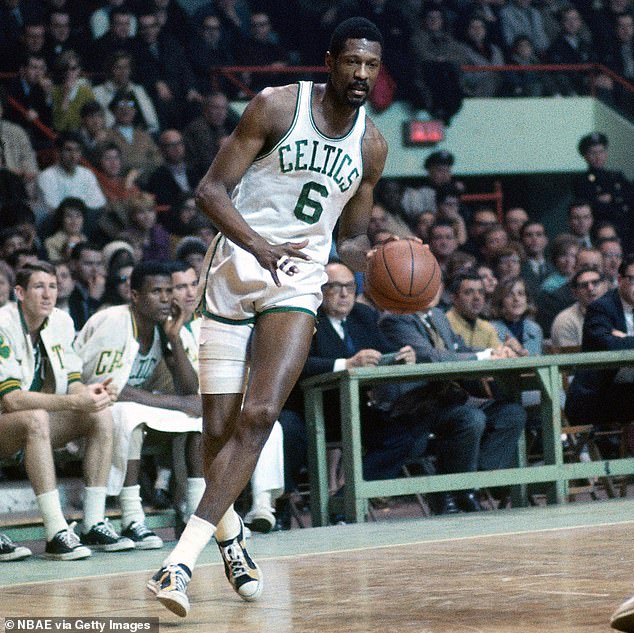 ‘But for all the winning, Bill’s understanding of the struggle is what illuminated his life.

‘From boycotting a 1961 exhibition game to unmask too-long-tolerated discrimination, to leading Mississippi’s first integrated basketball camp in the combustible wake of Medgar Evers’ assassination, to decades of activism ultimately recognized by his receipt of the Presidential Medal of Freedom in 2010, Bill called out injustice with an unforgiving candor that he intended would disrupt the status quo, and with a powerful example that, though never his humble intention, will forever inspire teamwork, selflessness, and thoughtful change.

‘Bill’s wife, Jeannine, and his many friends and family thank you for keeping Bill in your prayers. Perhaps you’ll relive one or two of the golden moments he gave us, or recall his trademark laugh as he delighted in explaining the real story behind how those moments unfolded.

‘And we hope each of us can find a new way to act or speak up with Bill’s uncompromising, dignified and always constructive commitment to principle. That would be one last, and lasting, win for our beloved #6.’ 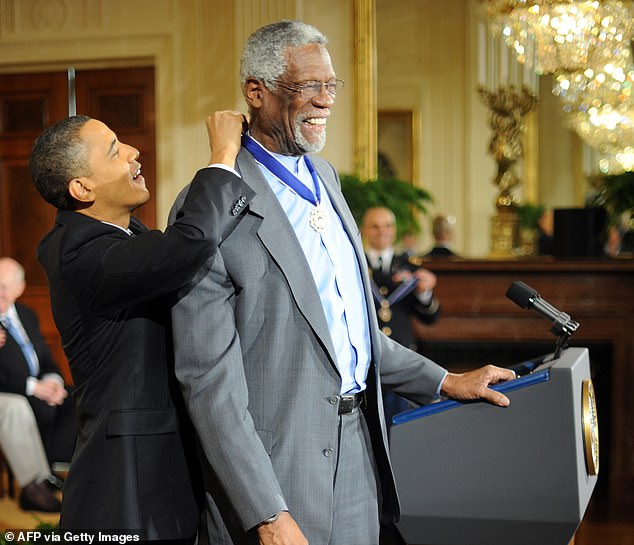 In 2011, Barack Obama presented Russell with the Presidential Medal of Freedom

In addition to his civil rights work, he’s considered one of the greatest winners in US sports history and the greatest defensive player in NBA history.

While playing for Boston, he experienced significant racism and ultimately decided to have his jersey retired in a private ceremony rather than sharing the moment with fans.

In 2011, Russell was awarded the Presidential Medal of Freedom – the highest civilian honor in the United States.

NBA Commissioner Adam Silver was quick to pay tribute, saying: ‘Bill Russell was the greatest champion in all of team sports.

‘The countless accolades that he earned for his storied career with the Boston Celtics – including a record 11 championships and five MVP awards – only begin to tell the story of Bill’s immense impact on our league and broader society.

‘Bill stood for something much bigger than sports: the values of equality, respect, and inclusion that he stamped into the DNA of our league. At the height of his athletic career, Bill advocated vigorously for civil rights and social justice, a legacy he passed down to generations of NBA players who followed in his footsteps.

‘Through the taunts, threats, and unthinkable adversity, Bill rose above it all and remained true to his belief that everyone deserves to be treated with dignity.

‘For nearly 35 years since Bill completed his trailblazing career as the league’s first Black head coach, we were fortunate to see him at every major NBA event, including the NBA finals, where he presented the Bill Russell Trophy to the Finals MVP.’