By Ben Willcocks For Mailonline

Sebastien Haller is set to undergo chemotherapy after being diagnosed with a malignant testicular tumour.

Borussia Dortmund, who signed the 28-year-old in July for £27million from Ajax, confirmed on Saturday that the Ivory Coast international would undergo treatment for several months – but insisted that striker had a ‘very good chance’ of recovery.

Haller was diagnosed with a testicular tumour earlier this month and underwent surgery a few days ago, after complaining about feeling unwell in training with his new club. 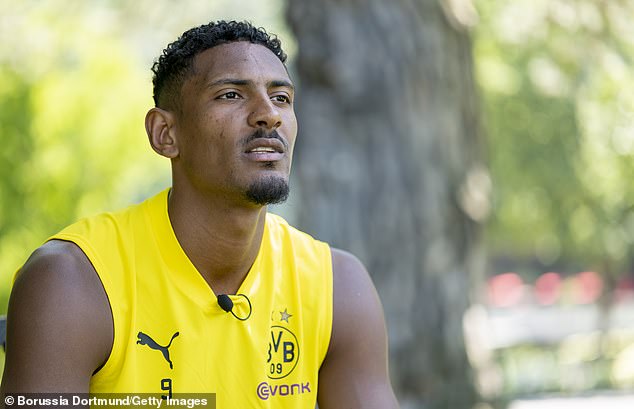 ‘The chances of recovery are very good.

‘We wish him and his family a lot of strength and optimism and our thoughts are with him during this difficult time.’

Haller took to social media last week to tell fans that he had completed the first step of his treatment.

Posting a picture of him smiling, he said: ‘Hello everyone, I wanted to let you know that Step 1 has been completed!

‘I would like to thank the @BVB (Dortmund) and the medical team who were exceptional with me. 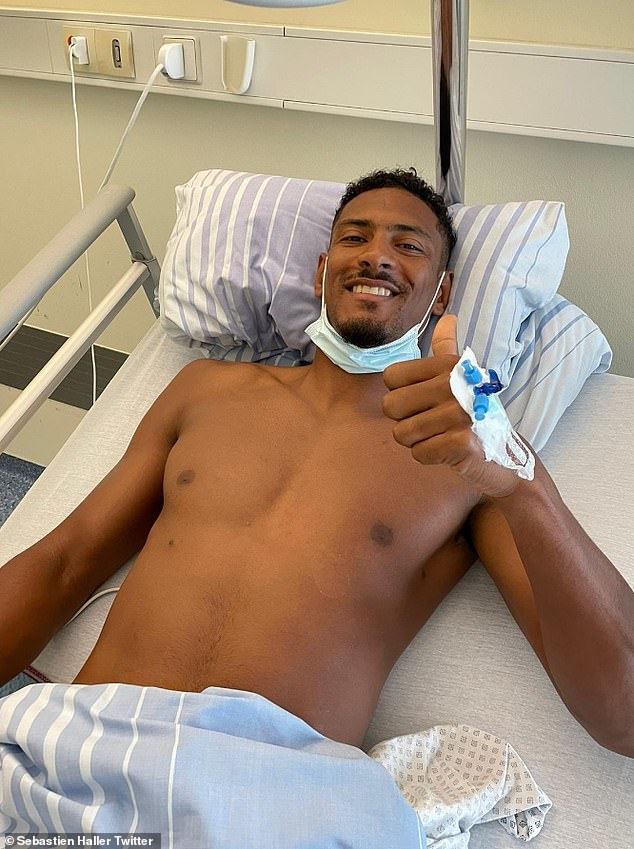 ‘A big thank you also to all the nursing staff of the hospital for their support – benevolence.’

The German giants signed the former West Ham striker as a replacement for star man Erling Haaland, who completed his £51m move to Manchester City at the start of July. 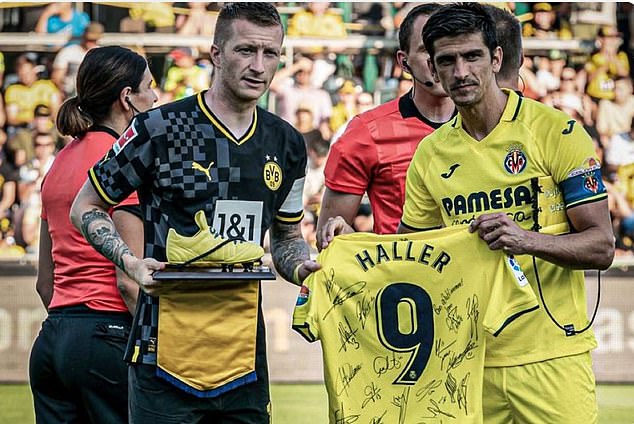