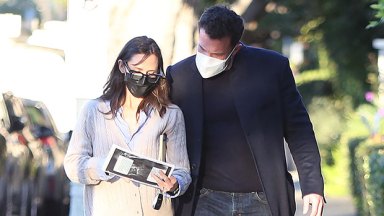 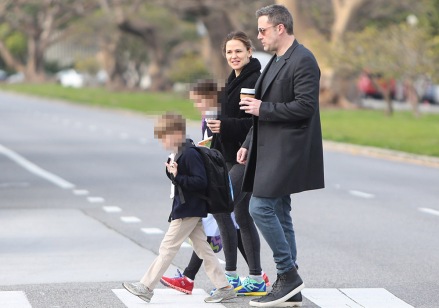 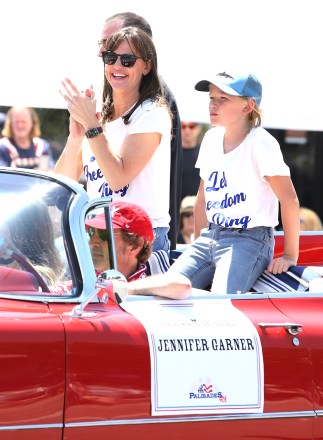 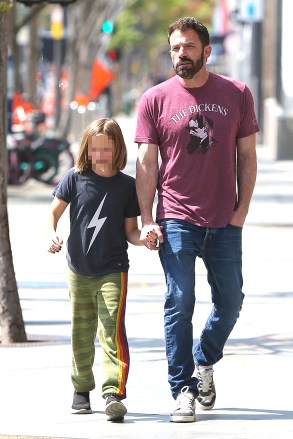 Ben Affleck, 49, got back from his Paris honeymoon with Jennifer Lopez, 53, and spent some quality time with his 10-year-old son Samuel. The actor was seen holding hands with his youngest child as they left a local Pacific Palisades pool on July 31, as seen in photos on Daily Mail. Ben’s ex and Samuel’s mom, Jennifer Garner, 50, was also spotted at the pool with a friend.

Despite rising temperatures in Los Angeles, Ben was covered up in a flannel shirt, gray T-shirt, and jeans. He sweetly held Samuel’s stuff as they walked to the car. Ben and Jennifer didn’t publicly converse outside the pool as Samuel left with Ben. These two have co-parenting down pat! 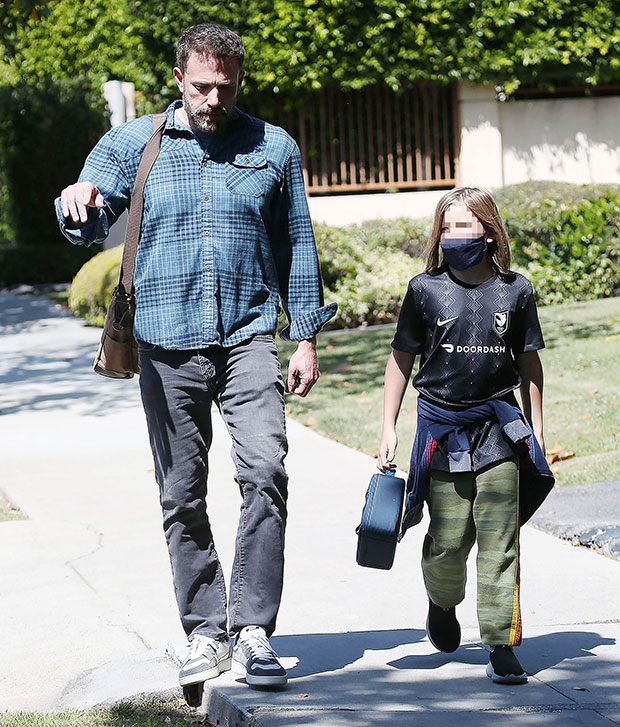 Ben’s had quite the whirlwind schedule the past couple of weeks. Ben and J.Lo got married in Las Vegas on July 16 before heading to Paris for a romantic honeymoon. Their wedding came just 3 months after Ben proposed to the Marry Me star with a stunning 8.5-carat green diamond.

J.Lo’s kids, Emme and Max, 14, joined the couple on their Parisian honeymoon, along with Ben’s middle child, Seraphina, 13. HollywoodLife learned EXCLUSIVELY that the couple is dedicated to bringing their families together, and Ben’s already formed a “special bond” with J.Lo’s twins. 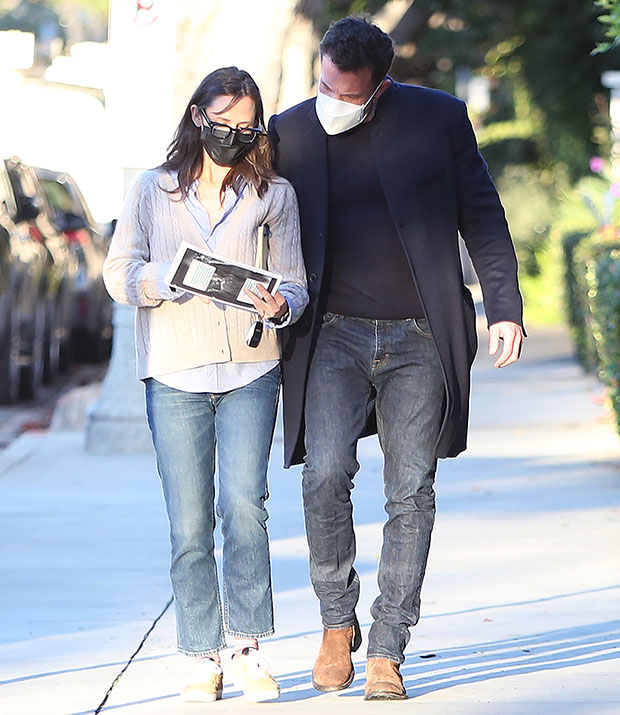 “Ben and Jennifer both adore having their kids around. It might be unconventional to bring them on the honeymoon, but it makes total sense for them,” a source told HollywoodLife EXCLUSIVELY. “They’re both so busy, that whenever they get downtime, they really want their kids with them. And this marriage is about more than just them, they’ve joined their families so why not celebrate it as one big happy family.”

Ben and J.Lo’s marriage celebrations are likely far from over. The couple is reportedly planning a lavish wedding celebration for their friends and family at Ben’s 87-acre estate in Riceboro, Georgia, in the coming weeks.