Major League teams are frantically working the phones ahead of Tuesday’s 6pm EST trade deadline, but it’s anyone’s guess if the time-sensitive negotiations will yield any major transactions.

Meanwhile, the American League-leading Yankees reportedly covet both starters and relievers, including Scott Effross, whom they acquired from the Chicago Cubs on Monday. Effross has a 2.66 ERA over 44 innings this season.

While Eovaldi has battled injuries in 2022, and Montas, Lopez, Rodon and Perez have all been solid this season, averaging less than four earned runs per nine innings.

The Yankees have also shown interest in Los Angeles Angels starter Noah Syndergaard, the former Mets star, who has also impressed in 2022 after undergoing Tommy John surgery in 2020 and pitching only two innings last year. 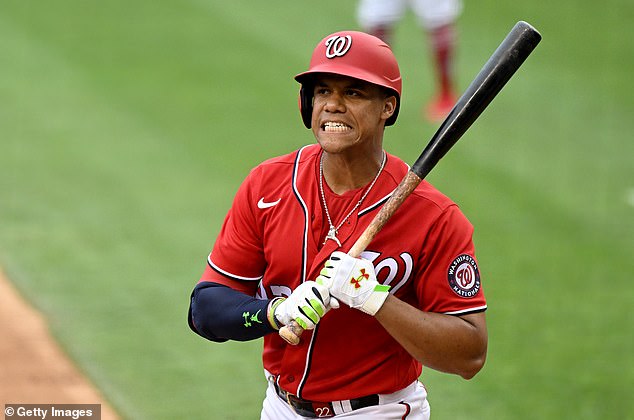 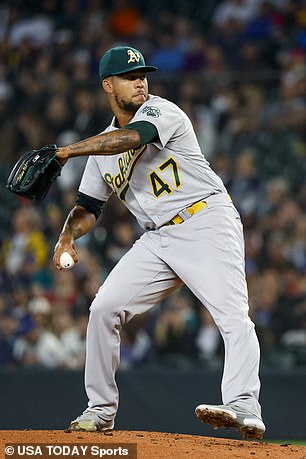 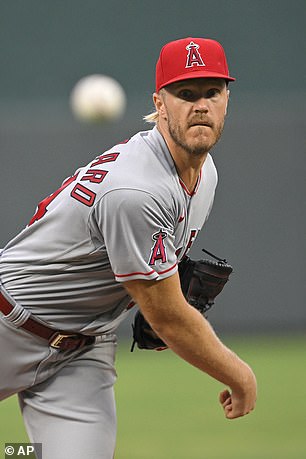 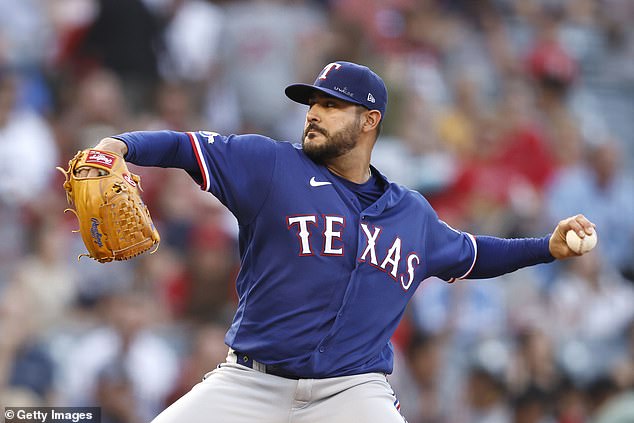 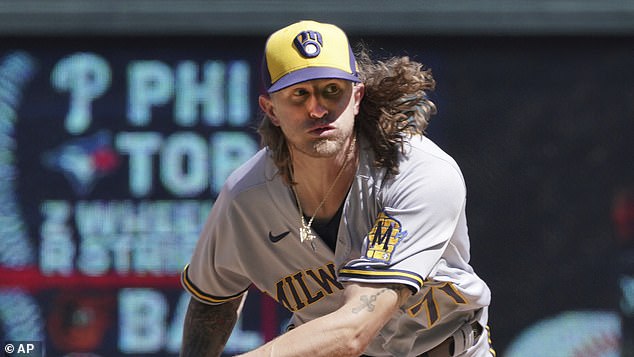 Both the Bronx Bombers and Mets are also vying for former Yankees reliever David Robertson, who is having a resurgent year with the Chicago Cubs and currently boasts an ERA of just 2.23.

Angels two-way superstar Shohei Ohtani had also been mentioned in trade rumors, but Heyman is reporting that such a deal is unlikely ahead of Tuesday evening’s deadline.

For that matter, most of the rumored trades are going to be difficult to complete due to MLB and the union’s joint agreement to expand the postseason.

With 12 playoff spots available — and no more one-game wild-card rounds — the number of buyers at this year’s deadline appears to outnumber of the number of sellers. As a result, prospect-hungry teams have increased their asking prices to take advantage of the sellers’ market, according to MLB.com’s Mark Feinsand.

A quick glance at the standings shows at least 18 teams with legitimate playoff aspirations — 18 clubs that might benefit from Chicago Cubs catcher Willson Contreras, Nationals slugger Josh Bell or Montas, among others. 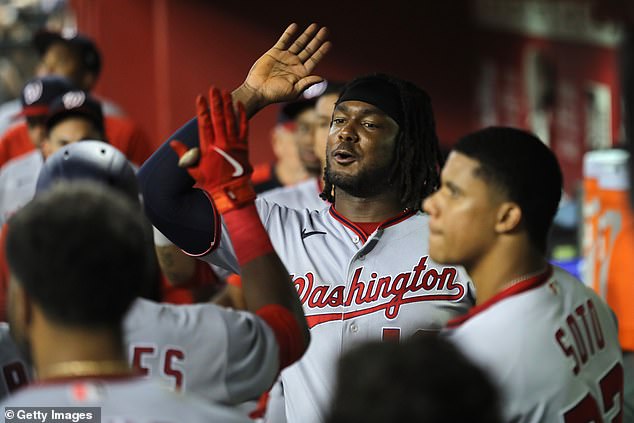 Nats first baseman Josh Bell (center) has had a resurgent year, cutting down his strikeout rate considerably while batting .302 with 14 home runs. The 29-year-old free agent-to-be is also considered a positive clubhouse presence. As a switch-hitter, he’d fit into any contender’s lineup but might best improve the defending World Series champion Atlanta Braves, who haven’t gotten much production at DH from Marcell Ozuna 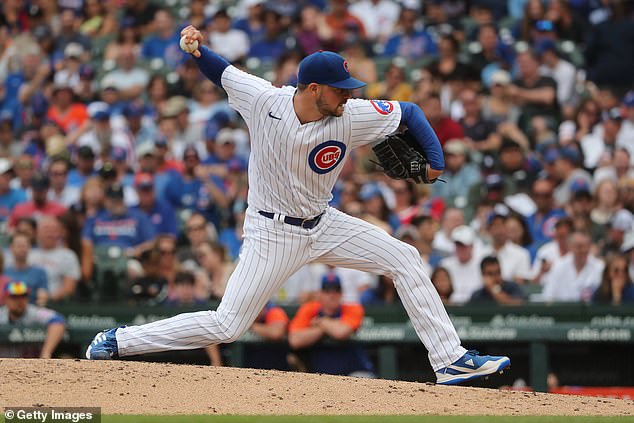 The American League-leading Yankees reportedly covet both starters and relievers, including Scott Effross (pictured), whom they acquired from the Chicago Cubs on Monday

With Soto, who recently turned down a $440 million, 15-year deal to stay with the Nationals, there could be even more bidders than that.

The 23-year-old is a two-time All-Star, a Home Run Derby champion, a World Series winner and famously one of the most difficult at-bats in baseball. Pry him away from the Nationals, and a club could enjoy 2½ seasons of Soto and his signature batter’s box shuffle before he can test free agency.

Of course, with so many suitors, Washington is sure to extract a heavy haul for Soto’s services. The Nationals haven’t seemed keen on a long-lasting rebuild, prioritizing near-ready talent when trading away Max Scherzer and Trea Turner last year. The industry expects GM Mike Rizzo to eye similarly advanced prospects in Soto talks.

A few contenders seem like better bets to convince Rizzo that now is the time to part with the franchise cornerstone: 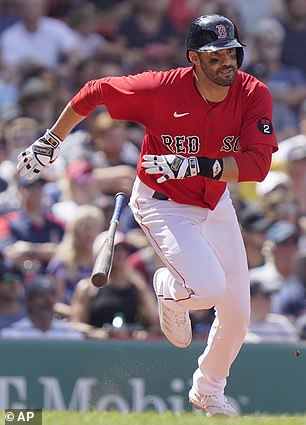 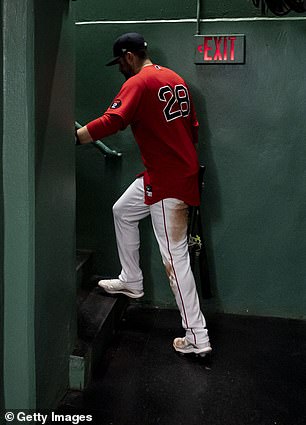 After winning a World Series with the Red Sox in 2018, JD Martinez could be headed for the exit 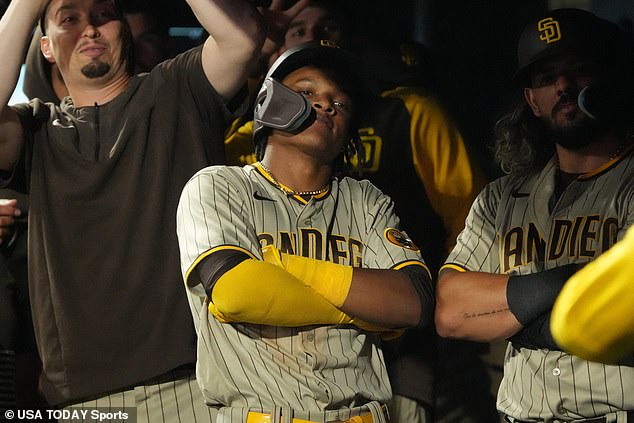 Rookie shortstop C.J. Abrams is one of several San Diego prospects who could get dealt to Washington in the event of a Juan Soto

Among other possibilities: The Texas Rangers have emerged as a surprise bidder in the rumor mill, and Soto would fit nicely into a lineup along with splashy free-agent signings Corey Seager and Marcus Semien.

The Yankees and crosstown Mets are both in first place. Soto could be insurance beyond 2022 if Aaron Judge leaves in free agency, but New York seems hesitant to move Double-A shortstop Anthony Volpe, ranked among the game’s top prospects. The Mets, meanwhile, might have to pay a premium as a division rival. The Seattle Mariners and San Francisco Giants have also been floated as potential landing spots.

Of course, Soto isn’t the only star expected to move by Tuesday. Here are some other players to watch: 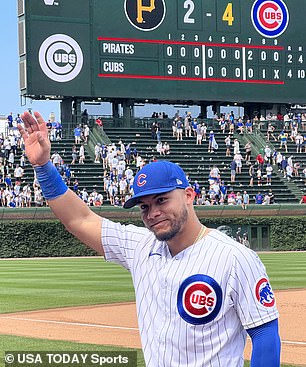 Cubs catcher Willson Contreras waves goodbye to fans at Wrigley Field ahead of Tuesday’s trade deadline, when he’s expected to be moved

And a few others of note: Cubs OF Ian Happ is a free agent after 2023 but could be moved this week after making his first All-Star team. Chicago teammate David Robertson is likely the best relief pitcher available. … Cincinnati also figures to sell INF-OF Brandon Drury, who hit his career-high 20th homer Sunday. … Versatile sparkplug Whit Merrifield could be dealt by the Royals, but his status is murky because he has refused to get vaccinated for COVID-19. Merrifield has said he’d reconsider if it meant playing postseason games in Toronto, where travel restrictions have barred unvaccinated players this year. 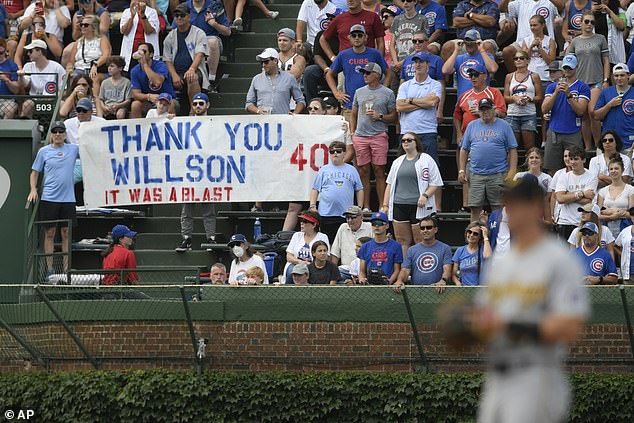