Luke Donald has been named Europe’s Ryder Cup captain for next year’s contest in Rome after Henrik Stenson was stripped of the role.

Stenson was appointed captain on March 15, but the Swede’s tenure lasted just 127 days before he was sacked for breaking his contract by joining the Saudi-backed LIV Golf series.

Donald was on the winning side in all four of his Ryder Cup appearances as a player, including the record victories in 2004 and 2006 and 2012’s ‘Miracle at Medinah’, where he won the opening singles match against Bubba Watson. 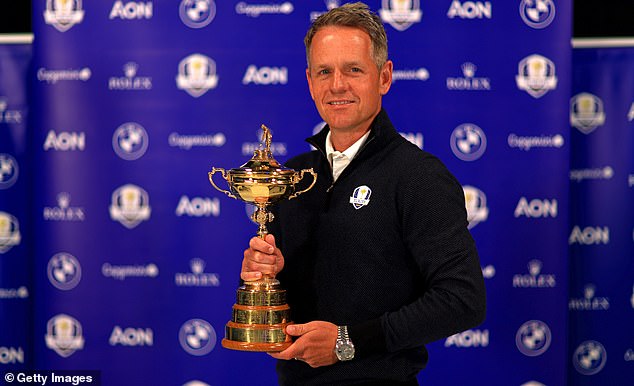 Stenson had been appointed in March, describing it as ‘beyond my wildest dreams’. But on Thursday, he gave a press conference in New Jersey ahead of his LIV debut at Donald Trump’s Bedminster course.

‘I don’t feel like I’ve given the captaincy up. I made every arrangement possible here to be able to fulfil my captain’s duties, and I’ve had great help from LIV to be able to do that. And still, the decision was made that I was to be removed.’

Stenson conceded that money played a role in his defection but pleaded privacy when asked whether his Ryder Cup contract stipulated he could not join a rival tour. Nor did he deny that he could explore legal avenues.