Melbourne star Brandon Smith has come clean on how his coach Craig Bellamy disciplined him for getting sent off in a crucial match after calling a referee a ‘cheating b******d’.

He was referred straight to the NRL judiciary and handed a three-match ban for abusing referee Adam Gee during the Storm’s loss to Cronulla in round 17, but that was nothing compared to the punishment he copped from coach Craig Bellamy.

Smith is due to return for his side’s clash against Gold Coast at AAMI Park on Friday night and admitted that Bellamy had forced him into isolation during those three weeks to have a good think about his actions. 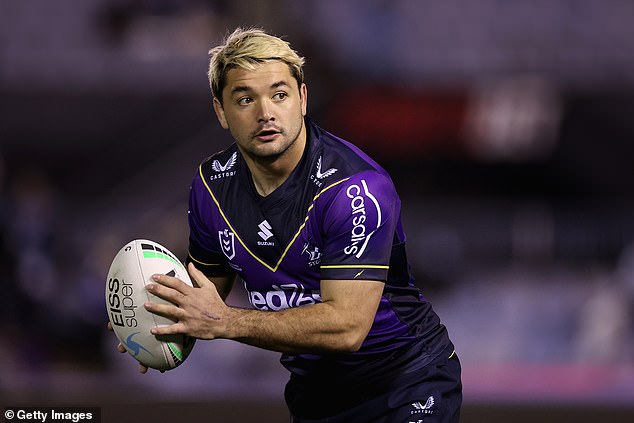 ‘I haven’t really trained with the squad yet so I don’t know what it feels like to be back yet,’ Smith told News Corp.

‘I had a little bit of a training session with them the other day, but this will be my first proper one this week.

‘I’ve been getting punished so I’ve been a bit off to the side doing training with the fitness guy.’

It was a rude awakening for Smith, who said he had not witnessed any other player isolated from the rest of the squad before. 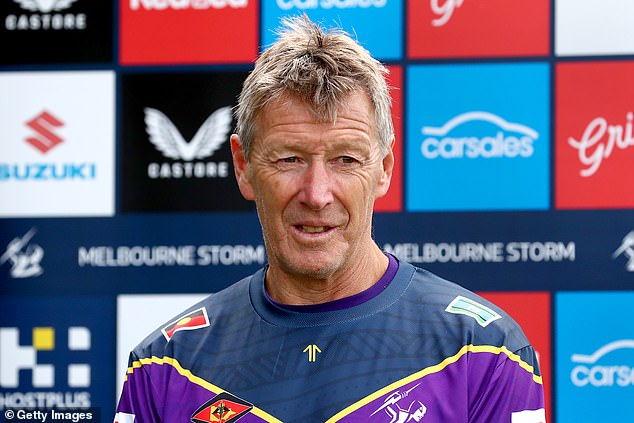 ‘No, that’s not the norm, that’s quite special,’ he said of the punishment.

‘I think it was just a sort of just getting punished for not putting the team first.

‘It’s been pretty hard and a bit of a grind.

‘Waking up early and training by yourself, it gets pretty boring.

‘But just being able to hang out with the boys now makes me a lot more grateful for being in a team sport.’

He says the bespoke punishment was Bellamy’s way of taking away the thing that Smith loves the most, footy with his mates

‘I think that’s what the whole isolation for the three weeks was trying to teach me,’ he said.

‘Just making you feel guilty for your actions by taking away what you love most.

‘And for me with footy that’s playing with my mates and my friends and enjoying it.

‘They kind of took that away from me and it sucks.

‘I got to hang out with the fitness coach and he’s not that much fun either.’ 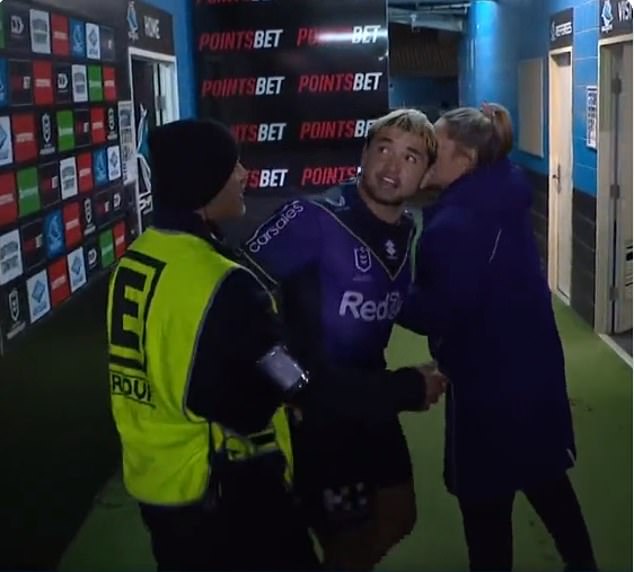 The Storm can’t afford a shock loss against the cellar-dwelling Titans on Friday and Smith said the injury-ravaged group have not given up on pushing for another premiership this season.

‘It’s been a weird old year for all of us, we’ve got heaps of injuries,’ he said.

‘It’s no surprise it’s going to be a little bit of a hard one this year.

‘We’ve got numerous other injuries coming through and they are excuses, but I’m willing to make those excuses now as we’ve had, like, 16 pretty bad injuries this year and we’ve only got like a 26-man squad.

‘We’re still fourth, which is the crazy thing that we’ve been able to keep ourselves in the fight.’