By Tita Smith and Josh Alston For Daily Mail Australia

Titmus was also part of Australia’s 4x200m freestyle team which won gold in a world record.

‘I came here with the goal to win all four,’ Titmus said.

‘I’m excited to get the job done personally but also for the country.’

The defending Olympic Champion claimed the victory at Sandwell Aquatics Centre after holding off a challenge from 15-year-old Canadian Summer McIntosh, who will leave Birmingham with the silver trophy. 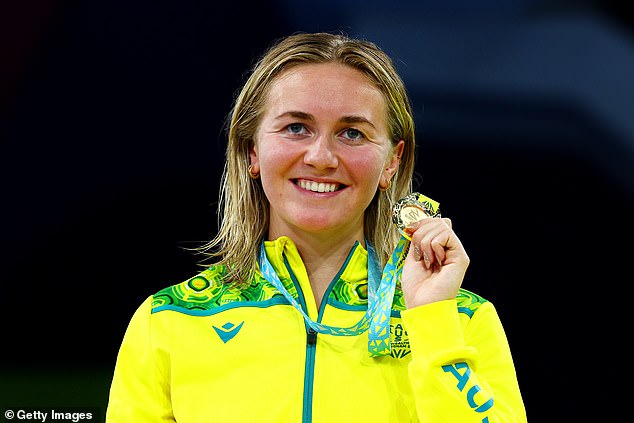 The triumph comes after Titmus, known as the ‘Terminator’, claimed a personal world record in the anchor leg of the Australian women’s 200m freestyle relay, with a lightning-fast split of 1:52.82 seconds.

The effort from Titmus meant the team sliced more than a second off the previous world record of 7:40.33 set by China at last year’s Tokyo Olympics.

In a stunning admission, she said she felt ‘slow’ in her world-record swim. 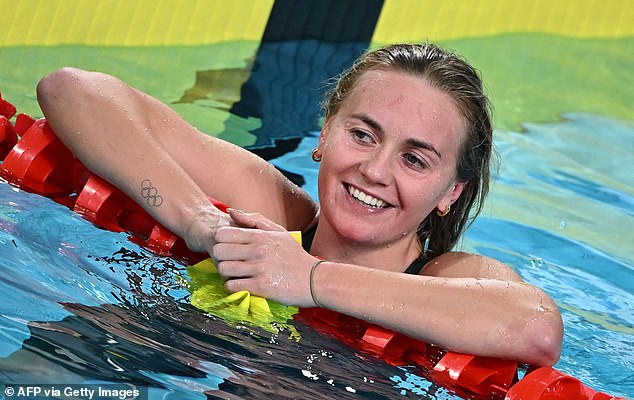 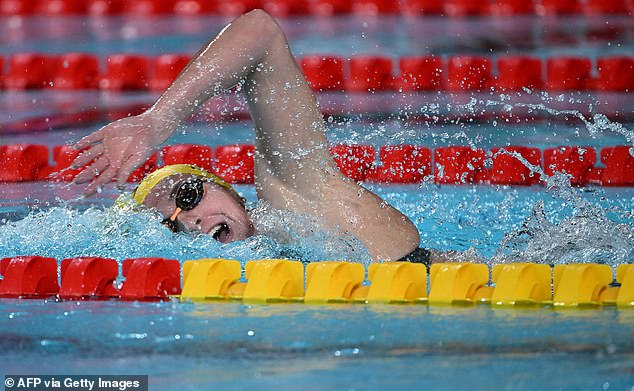 ‘I’m really happy to be able to perform for the girls,’ Titmus said afterwards.

‘I mean, in the past couple of relays I have done I feel like I haven’t really performed my role as well as would have liked.

‘I was disappointed last year at the Olympics, so I’m glad that I could do my job for the team.’

‘I actually felt like I was going a bit slow on the way back. I’m passing the other girls. I felt a bit of a wash and I didn’t really know how fast I was going. But the crowd definitely helped.’