Rugby league legend Mark Geyer has slammed footy supremo Peter V’Landys after it emerged the NRL is threatening to sue the NSW Government for reallocating funds initially set aside to develop suburban grounds.

Speaking on Triple M Breakfast radio on Wednesday, the Penrith Panthers great said flood victims in areas such as Lismore in northern NSW need urgent funding more than the NRL.

‘For once I disagree with him (V’Landys),’ Geyer said.

‘The last thing we need is $200 (plus) million to upgrade a few stadiums…flood victims need help more than anything.

‘Rugby league is second in this instance…the people of NSW are number one.

‘Ask the people of Lismore, who have experienced major flooding four times what they would prefer.’

Earlier on Wednesday it was revealed the NRL is poised to take the NSW Government to court after Premier Dominic Perrottet backtracked from a pledge to revamp Sydney suburban footy stadiums to the tune of $550million.

Brookvale Oval, Leichhardt Oval, Shark Park and Penrith Park were believed to be the four NRL stadiums to be upgraded – but the premier has announced the funding will instead be allocated to NSW flood victims.

‘The NSW government remains committed to upgrading suburban stadiums; however, following recent natural disasters and the Covid-19 pandemic, it is appropriate that further investment in stadia is staged,’ Mr Perrottet said.

‘The government has just received the Floods Inquiry Report, which will likely require a significant cost to the taxpayer, and I note right now there are still 1366 people without a home in NSW due to flooding.

‘It should come as no surprise that my top priority is therefore supporting those devastated by the major floods across NSW.’ 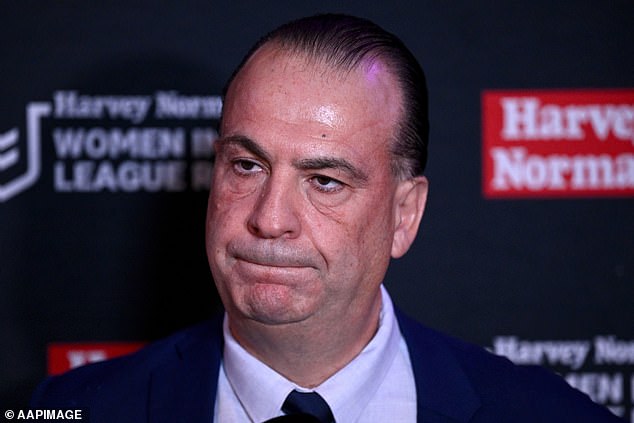 The NRL is poised to take the NSW Government to court after Premier Dominic Perrottet backtracked from a pledge to revamp select Sydney suburban footy stadiums to the tune of $550million (pictured, ARL Commission Chairman Peter V’Landys) 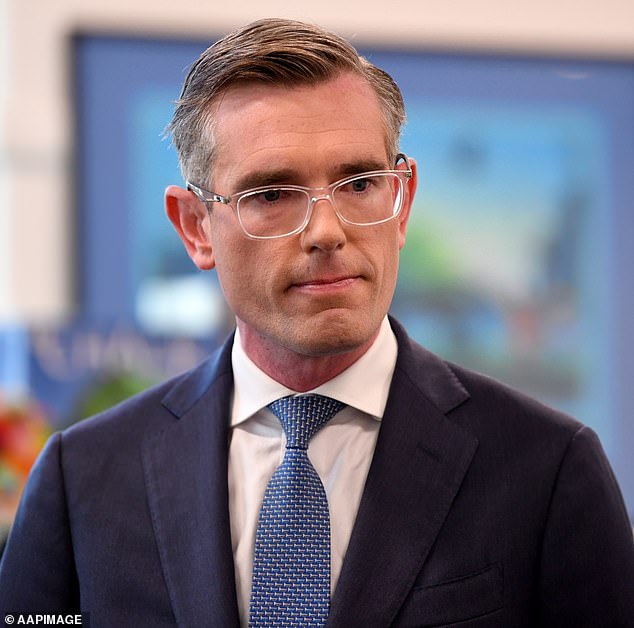 Brookvale Oval, Leichhardt Oval, Shark Park and Penrith Park were believed to be the four NRL stadiums to be upgraded – but the funding has instead been allocated to NSW flood victims, which was confirmed by NSW Premier Dominic Perrottet (pictured)

The 2021 NRL grand final was staged at Suncorp Stadium due to an ongoing Covid-19 lockdown in NSW.

‘We looked the premier in the eye, we shook his hand, we did a deal and he’s just blatantly reneged,’ he told 2GB.

‘That’s the summary. When you when you do a deal and you shake someone’s hand you honour that agreement.

‘How is any organisation or business going to do it make an agreement with a NSW government when it’s got a precedent of reneging?’

The ugly matter now appears destined to be played out in court, with plenty of taxpayers left wondering why the NSW government first considered upgrading major sporting grounds instead of grassroots sporting facilities across the state.

An agreement in 2018 with then NSW Premier Gladys Berejiklian stipulated the NRL grand final would stay in Sydney until 2042 as long as Accor Stadium at Olympic Park was upgraded into a 70,000-seat rectangular stadium, costing taxpayers $800million.

The global pandemic saw the government change those development plans. 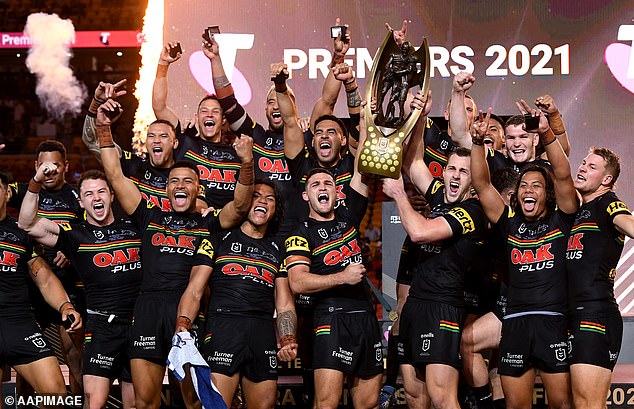 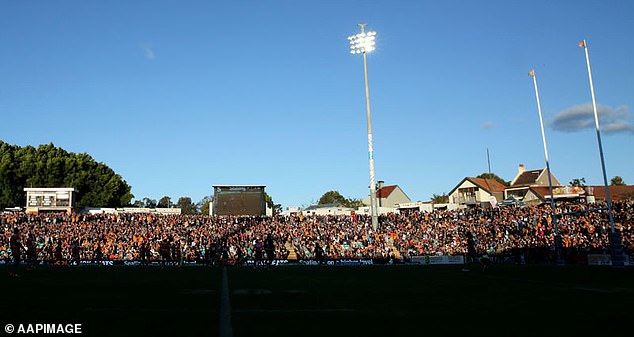 Leichhardt Oval is a favourite among many footy fans, but desperately needs an upgrade

While the plans to develop Sydney suburban grounds are not in writing and therefore not legally binding, V’landys remains adamant the original Olympic Park agreement still stands.

It is understood V’landys and the NRL will now hold the NSW Government to their original Olympic Park agreement – which is in writing – despite their preference to develop local grounds.

Earlier this week, it was revealed the Panthers’ home ground at Penrith Park has been guaranteed a $300million upgrade, but proposed developments at Brookvale Oval ($100million), Shark Park ($100million) Leichhardt Oval ($50million) are seemingly now off the table.

On Wednesday morning, NSW Sports Minister Stuart Ayres – who works in the Penrith electorate, is a known Panthers fan and believed to have heavily campaigned to secure the upgrade in Sydney’s west – sensationally quit in the wake of the John Barilaro $500,000 ‘dream job’ saga in New York. 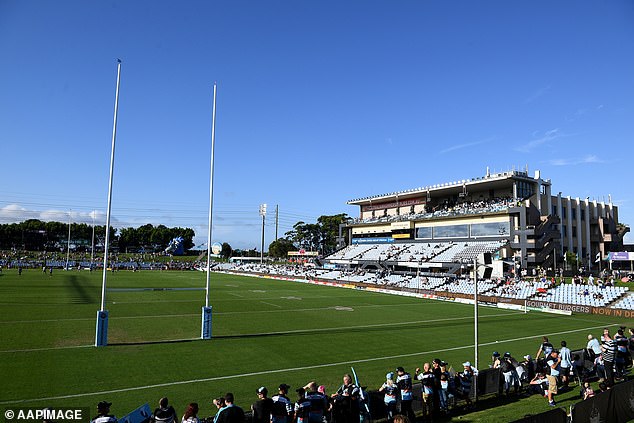 V’landys wasn’t finished yet, slamming the government’s reasoning for the funding reallocation, while also calling on Liberal MPs in Cronulla and Wakehurst to act.

‘(When) they use the human tragedy of the floods, to spin their way out of why they’re reneging on it, it takes it to another level,’ V’landys said.

‘This is about the fourth or fifth excuse that has been given to us.’