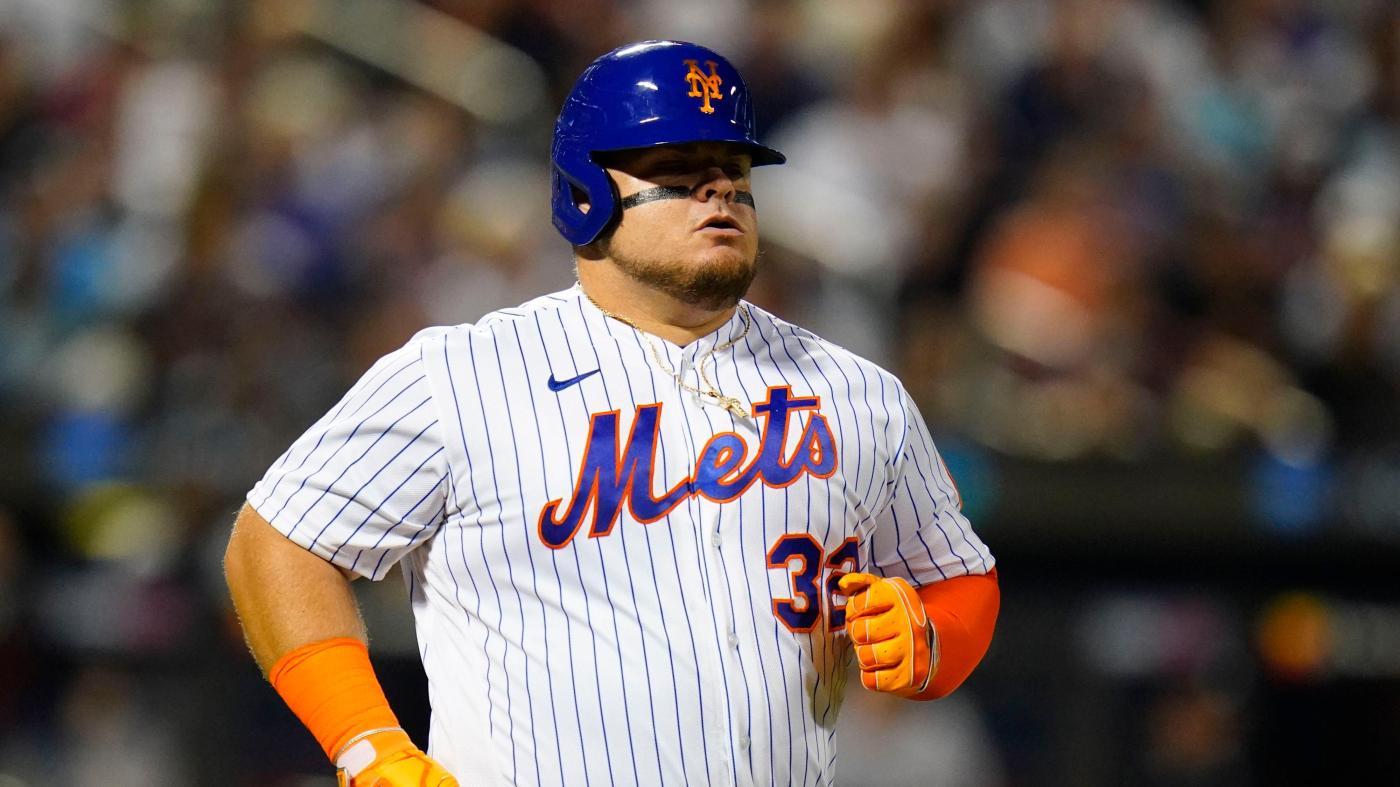 The Mets went to the trade deadline store and came back with those four players. They are not sexy, they are not going to silence the haters on Twitter, but general manager Billy Eppler believes that they represent exactly what he was trying to accomplish.

“Over the last 72 hours, we’ve been touching base with a lot of clubs,” Eppler said over Zoom. “We got ourselves to a point where we were able to execute some things today that we wanted to do. Through the whole process, we talked about trying to grow that run differential a little bit.”

Of the four new Mets, two of which were acquired on Tuesday, none of them are a catcher or left-handed relief pitcher. Those were the team’s most glaring needs heading into the day, and Eppler gave the impression that they tried their hardest but ultimately couldn’t find a dance partner.

“Yeah, we actually did come close in the left-handed market,” he shared. “We just couldn’t get the price point to an area that we thought was reasonable for us.”

Eppler, like many GM’s who don’t wrangle a player at an obvious position of need, believes the best addition to their left-handed reliever pool could come from within.

“We have some options internally to potentially look at,” Eppler said. “Also, we know that Joely [Rodriguez] has some track record and feel comfortable about him being able to get back to the best version of himself.”

Rodriguez has a 5.72 ERA in his 28.1 innings for the Mets this season and a 7.90 ERA in his last 17 appearances. His splits against lefties and righties are virtually even, with the former possessing a .676 OPS against him and the latter at .673. There is also David Peterson, who is left-handed, but is also not a reliever.

See also  Chicago Bears envision an ‘entertainment destination with multiple facets’ in Arlington Heights. But the team cautions it still is in the exploration phase of a potential new stadium.

When Showalter tried to use him as a high-leverage reliever in the eighth inning against the Yankees on July 27, he threw the Mets’ two-run lead away on just five pitches. Peterson was optioned to Triple-A shortly after that, but has been working as a starter.

“I don’t want to get too far down the tracks on that,” Eppler said of Peterson potentially being a late-inning lefty. “Petey should stay lined up as a starter for the time being. We’ll get to other conversations as time kind of warrants and the season goes by.”

As for catchers, Willson Contreras, the biggest and best available one, did not end up being traded. The Chicago Cubs chose to hang on to him, meaning the Mets are going to finish up their season with the guys they’ve already got. Without specifically naming Contreras, the GM spoke about how the catcher market shook out for him.

“[Monday night] I felt like we were a little close,” Eppler said of his efforts to acquire a catcher. “But then [Tuesday], some things kind of drifted apart. We weren’t going to try to chase it down and do something that we would regret. We’ll get James [McCann] back here shortly. That’ll reinforce the position.”

Don’t think that Francisco Alvarez — the 20-year-old catcher at Triple-A who’s also the team’s top prospect — is going to be up any time soon, though.

“We also have a young kid that all of you have asked me about,” Eppler said of Alvarez. “I don’t think he’s at a point where he’s going to factor in.”

Eppler expressed happiness over being able to keep “if I’m speaking in technicalities, our top 19 prospects.” The phone was certainly ringing about them, but at the end of baseball’s most frantic week, the Mets got incrementally better while holding on to Alvarez, Brett Baty, Mark Vientos, Ronny Mauricio, Alex Ramirez, Matt Allan and any other prospects of note in their system.

“We were able to strengthen our club,” Eppler decided. “All in all, positive day.”