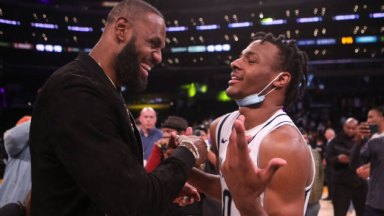 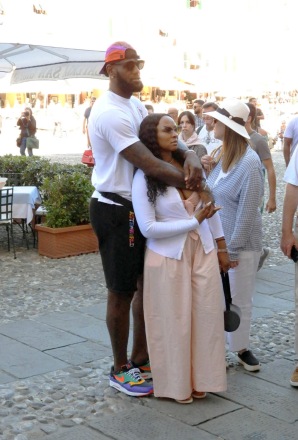 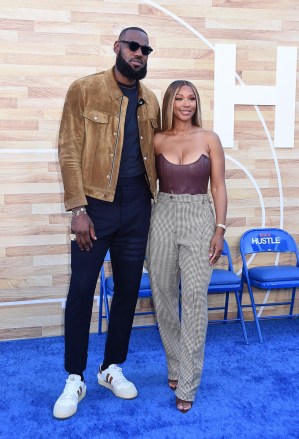 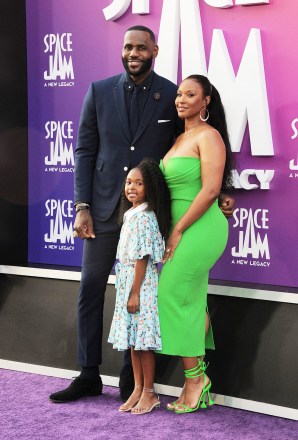 The legendary basketball player LeBron James, 37, shared a family video of him and his sons shooting hoops on Instagram together on August 2, 2022, and those boys are catching up to their dad quickly! LeBron captioned the post with, “Simply no better feeling than doing what I love to do with who I love! Great work today Young #JamesGang #EarnedNotGiven.” In the video, Lebron was seen with his two sons Bronny, 17, and Bryce, 15, on a basketball court in El Segundo, according to TMZ.

LeBron showed off his impressive athletic frame by going completely shirtless during the sweaty hoop session. His two boys are sure to be following in their father’s footsteps and they are clearly getting the best coaching out there. LeBron is approaching his 20th year in the league with his two sons working toward finishing high school, the outlet reported.

Many of LeBron’s followers were shocked and impressed at how well both Bronny and Bryce played on the court with their dad. One Instagram user even wrote, “Bryce looking like KD 2.0.” While another wrote, “Whole squad got HOPS.” 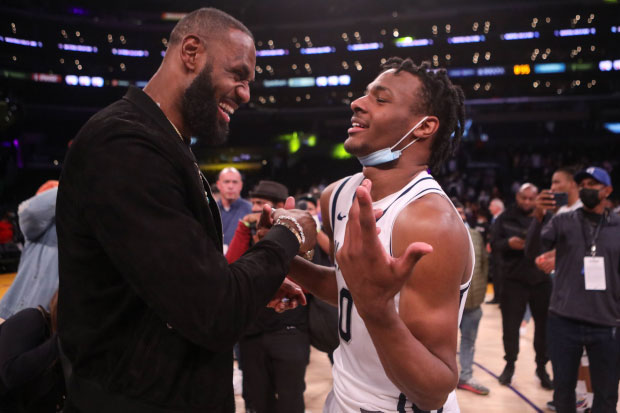 LeBron James on the court with his son Bronny on December 4, 2021. (Jason Armond/Los Angeles Times/Shutterstock)

The famous rapper Diddy, 52, also took to the comment section to simply write a flexed bicep emoji to show his support for the James family. In the video, LeBron’s two boys were effortlessly dunking alongside their impressive father. One of the pictures in the post also showed the three of them standing side-by-side with their hands on their waist in an ultimate father and son goals pose.

LeBron is not only a dad to Bronny and Bryce, but also to his seven-year-old daughter Zhuri James. The Los Angeles Lakers player has had all of his children with his wife Savannah Brinson, 35, who LeBron married back in 2013. Savannah and LeBron are also high school sweethearts, which we must say is simply adorable!

LeBron James’ Wife Savannah: 5 Things To Know About Her & Their Marriage

She told Cleveland Magazine back in 2017 that the power couple actually met when she was just 16 years old. Recalling their love story to the outlet, Savannah said, “One day I’m sitting around — I was probably bored or something — and I’m like, ‘Oh, I forgot! I have this number for this guy that I can call. He seemed interested, so let’s see.” After that phone call, we can safely assume that the rest was history, as their marriage has been going strong for nearly a decade now.