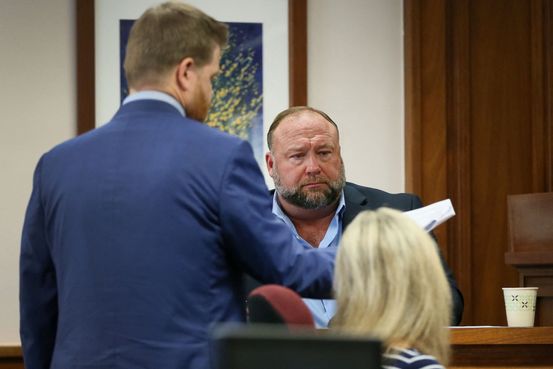 AUSTIN, Texas—Alex Jones told a jury Wednesday that a significant defamation judgment could foretell the end of his Infowars media empire, in testimony during a trial to determine damages for repeatedly saying publicly that the 2012 Sandy Hook school shooting was a hoax.

Mr. Jones was testifying in his Austin hometown before a jury tasked with determining the amount he must pay to the parents of a 6-year old boy killed in the shooting. He was found liable by default last year in a string of defamation lawsuits filed by victims’ families, after he declined to mount a defense. Damages have yet to be determined in the other suits.