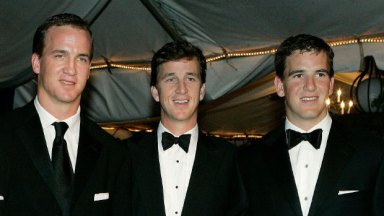 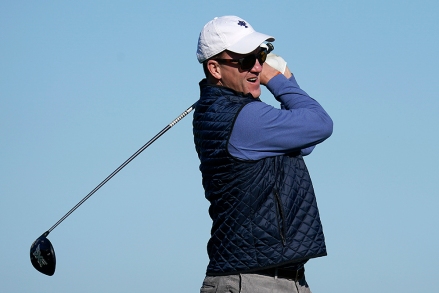 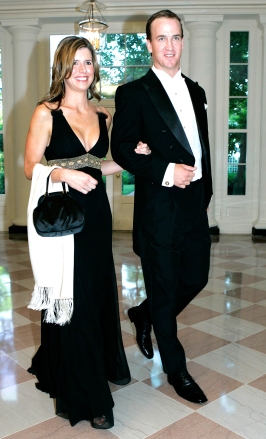 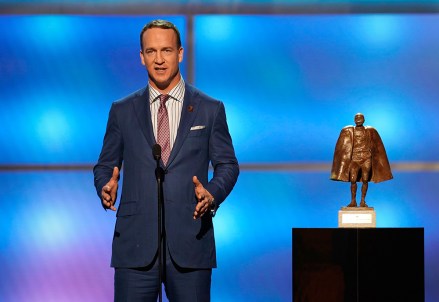 Peyton Manning, 46, is known as one of the NFL’s most notable quarterbacks in history, but he’s not the only success in the family. After playing professional football for 18 seasons from 1998 until his retirement in 2015, Peyton’s left a lasting impression on the NFL world, including his time on both the Indianapolis Colts and the Denver Broncos. He’s won two Super Bowls, one each on each team, and racked up 539 passing touchdowns, but his father, Archie Manning, 73, and brother Eli Manning, 41, were also memorable NFL quarterbacks. Archie played for 13 seasons and Eli played 16 seasons, making the Manning name one of the most recognizable in the entire league.

Archie’s son and Peyton and Eli’s other brother, Cooper Manning, 48, is not in the spotlight like his other family members, but he too, has made a great mark in his own chosen career. Find out more about Peyton’s brothers, Eli and Cooper, their work history, and personal lives below! 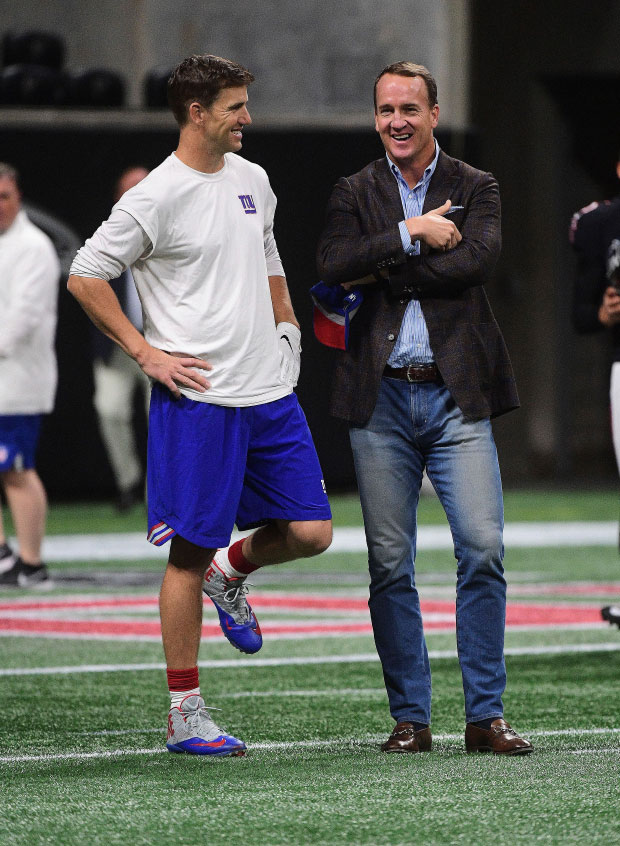 Eli Manning gets some words of advice from Peyton before an NFL game. ((John Amis/AP/Shutterstock)

Eli, like his older brother Peyton, is best known for his career as a quarterback in the NFL. The skilled athlete, who was born in New Orleans, LA and is the youngest Manning brother, followed in Peyton’s footsteps when he played professional football for 16 seasons from 2004 until his retirement in 2019. He won two Super Bowl rings while playing against the New England Patriots for the New York Giants and was the MVP twice. He started off playing in college for Ole Miss before he was selected first overall in the 2004 NFL Draft by the San Diego Chargers. He was then traded to the Giants and went on to become one of the team’s most memorable players, ranking eighth all-time in passing yards and ninth in touchdowns.

In addition to football, he’s taken part in other ventures, like being a spokesman for Citizen Watch Co, Toyota of New Jersey, and Reebok over the years. He was also one of the few football players to host Saturday Night Live in 2012. He started dating fashion student Abby McGrew during his days attending the University of Mississippi and they went on to marry in 2008. They share four children, including three daughters, Ava, 11, Lucy, 9, and Caroline, 7, and son, Charles, 3, together and as of 2022, they live in Summit, New Jersey. 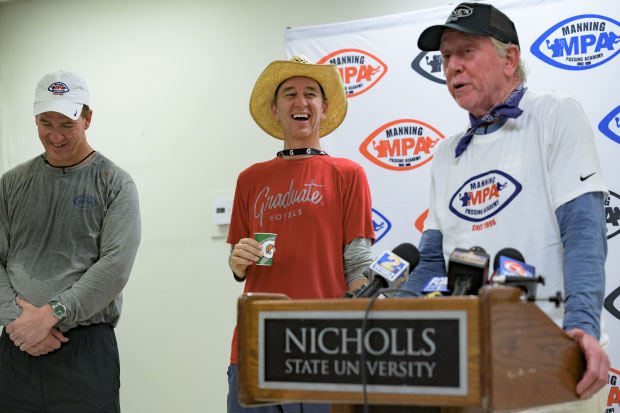 Cooper Manning, center, laughs as his dad, Archie, makes fun of him showing up late for a press conference. (Matthew Hinton/AP/Shutterstock)

Cooper is the oldest of the Manning brothers. Although he didn’t end up playing professional football, it’s reported that he did try and play the sport back in high school. He would practice out on the field with Peyton, according to the Bleacher Report, and made impressive strides before reportedly being offered to play for Ole Miss. Before he hit the college field, however, he began experiencing numbness and loss of control in his arms and was diagnosed with a spinal issue, causing his NFL dreams to be just that – dreams.

Tom Brady’s Super Bowl Wins: How Many Times Did The QB Nab A Ring?

Despite the hard news, Cooper went on to chase after other goals and happily became a partner at a Houston energy firm. He later switched gears and became the senior managing director of investor relations at a Chicago real estate firm. HIs very different careers didn’t keep him away from professional football entirely though. The hardworking hunk also worked in broadcasting for Fox’s NFL Kickoff and hosts The Manning Hour for Fox Sports.

As far as his personal life goes, Cooper married Ellen Heidingsfelder in 1999 and they share three children together, including May, 20, Arch, 18, and Heid, 16. Arch and Heid have followed in their uncles’ footsteps and played quarterback and center for football at the Isidore Newman High School in New Orleans. As of 2022, Arch is planning on going to the University of Texas, where he’ll play for the Texas Longhorns.