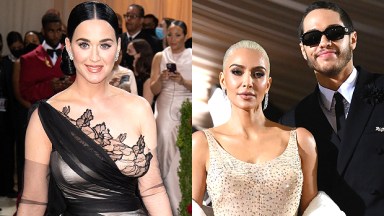 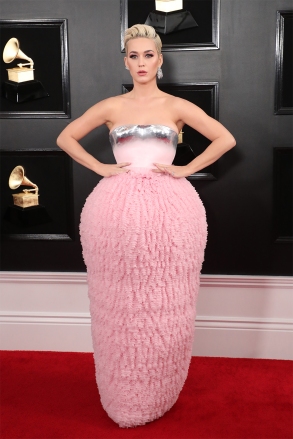 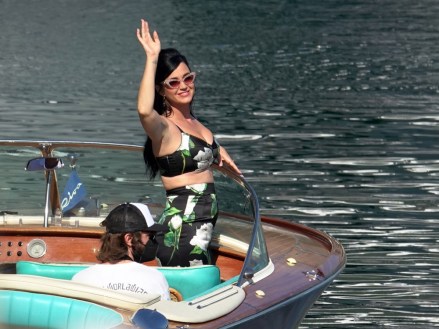 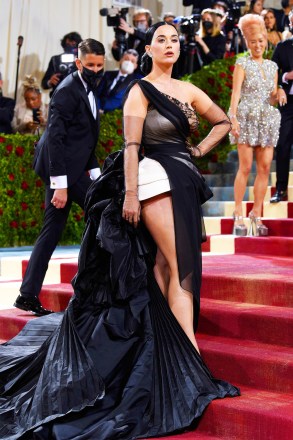 Katy Perry is all about living in a mansion and driving a Tesla — but she’s a bit wary on calling Pete Davidson her “lover.” While playing with the popular MASH (mansion, apartment, shack or house) filter via TikTok on Thursday, August 4, the “Fireworks” singer was hilariously predicted to live in a giant abode, zip around in a luxury electric car and romance the Saturday Night Live comedian. Upon seeing the name of her hypothetical future beau, Katy grimaced and apologized to Pete’s girlfriend and her own fiancé in the caption, writing, “No offense @KimKardashian (and Orlando?).”

♬ House With A View – Cyn

Another match that didn’t seem to sit quite right with Katy was the number of children the game predicted for her: six! When she saw that digit appear, the American Idol judge’s eyes opened wide, and she looked completely aghast. Although a half a dozen kids may have caused the pop star to pause, she recently said she’s open to making room for more children after welcoming daughter Daisy Dove, who turns 2 on August 26, with Orlando. “I’m a planner. So we’ll see,” Katy admitted to People magazine.

Even if a sibling or two for Daisy could be in the future, Katy is focusing on her career at the moment and putting a possible pregnancy on the side burner for now, as we previously reported in April. “I’m in Vegas, and I can’t do that show with anything in my belly — especially a human,” she explained while discussing her current Las Vegas residency, Play, which began in Dec. 2021 and runs through August 2022.

Meanwhile, Kim has not ruled out having kids with Pete, which would add to the brood of four she shares with her ex Kanye West. “Seeing Pete with her children has shown her what an amazing father he would be,” a source EXCLUSIVELY told HollywoodLife. “She has not ruled out the possibility of having another child and she is prepared for this if it were to happen. She also knows that Pete wants to be a father one day.”

Martha Stewart’s Daughter Alexis: Everything To Know About Her Only Child