The leader of a tiny Pacific nation was spotted at the Commonwealth Games, while his country was in the midst of its first Covid-19 outbreak.

Niue’s premier Dalton Tagelagi travelled to Birmingham not simply as a spectator, but as part of the country’s lawn bowls team.

Tagelagi was part of the men’s four team that lost 20-11 to Australia on Tuesday, before being defeated 21-7 and 18-4 by Northern Ireland and Canada respectively the following day. 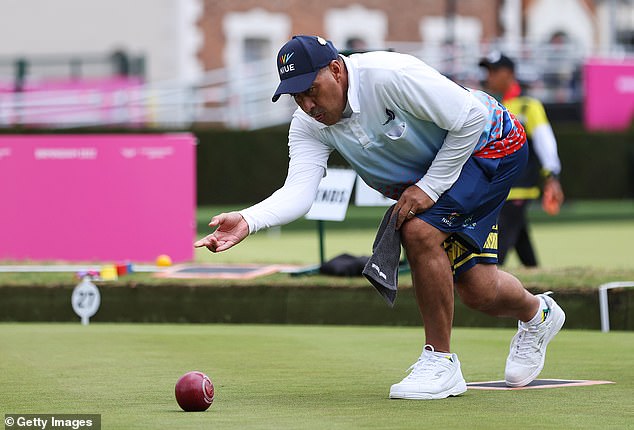 The three losses meant Niue, whose team also includes Tagelagi’s 14-year-old son Tukala, were knocked out in the first round and did not reach the quarter-finals of the men’s four.

Tagelagi was sworn in as premier in 2020 and insists his presence in Birmingham isn’t an issue as he is on annual leave.

‘I came here for a two-week break. This is the first time I’ve had a break since I became leader,’ he told the Sydney Morning Herald. 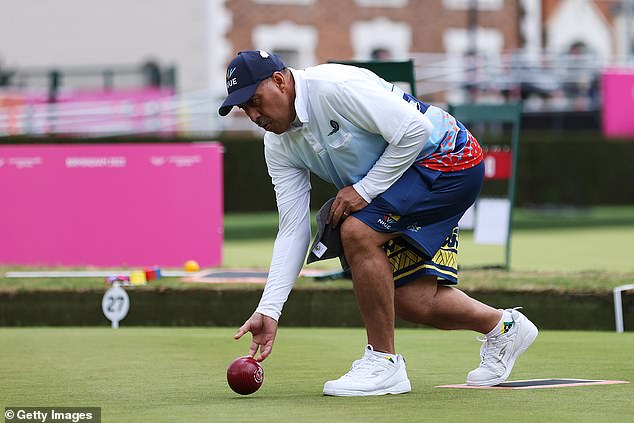 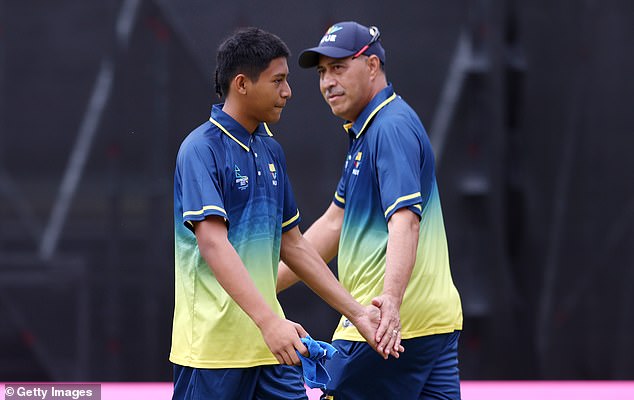 ‘I used the chance to bring the young fella here and give him that experience at high-level sport.

Located between Tonga, Samoa and the Cook Islands in the South Pacific Ocean, Niue has a population of about 1,800 people and declared its first coronavirus outbreak last week.

‘We will move to COVID Alert Code RED. This will take effect immediately,’ acting premier Sauni Tongatule said in a statement. 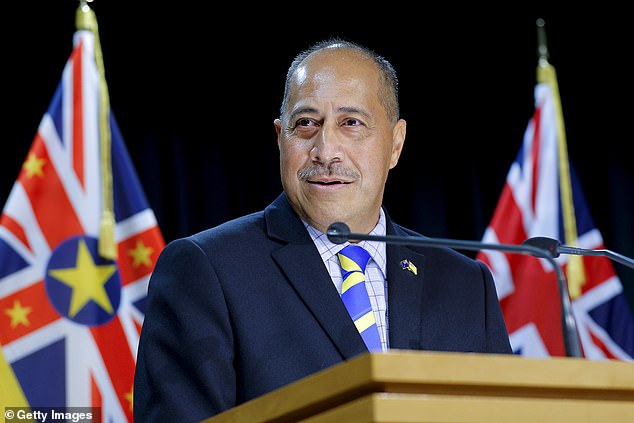 Tagelagi, however, said the country was coping well even without his leader for the time being.

‘We have a little bit of an issue with our community in terms of an outbreak of about 20 [Covid-19 cases],’ he said.

‘They’re managing it well. I still keep an eye on what’s happening back home. It keeps me busy.’