Shell staff land bonus windfall equating to 8% of their salary as profits surge to £9.5bn

Shell staff land bonus windfall equating to 8% of their salary as profits surge to £9.5bn

By Calum Muirhead, City Correspondent For The Daily Mail

Shell has handed out a bonus to its employees following bumper profits amid surging energy prices.

The oil giant has awarded most of its 82,000 staff a bonus equal to 8 per cent of their annual salary after reporting a record profit of £9.5bn in the second quarter of this year as it cashed in on higher oil and gas prices.

Executive vice-presidents or higher will not receive the bonus. The average salary for Shell UK employees is around £52,000 per year, meaning a British worker will get £4,200. 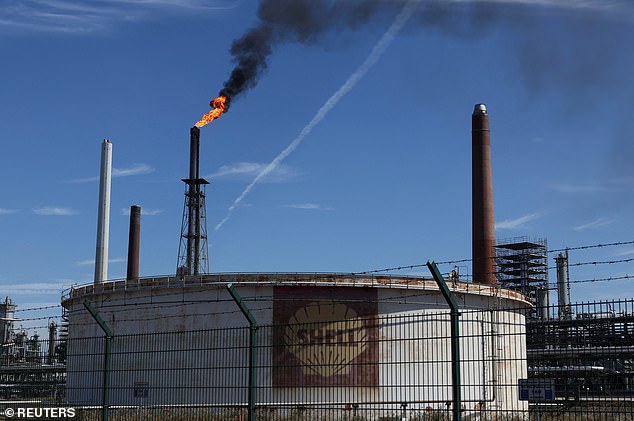 The payout is a turnaround for Shell, which suspended bonuses during the pandemic as a collapse in oil demand forced it to cap salaries and slash thousands of jobs.

Shell told staff it was ‘recognition’ of their contribution against a ‘challenging backdrop’. But the payment risks further inflaming public anger towards energy firms as UK households face paying over £3,600 a year in energy bills at the start of 2023.

The OPEC+ cartel of some of the world’s biggest oil producers has snubbed pleas to reduce prices. The group, led by Saudi Arabia, agreed to increase output by 100,000 barrels of oil per day from September, equivalent to just 86 seconds of global demand. That is well below previous monthly rises of around 400,000 per day and has been seen as a slap in the face for US President Joe Biden, who visited the Middle East after pressure on the region to pump more oil to rein in surging prices. Brent crude, an oil price benchmark, has risen over 25 per cent this year.

The bonus also follows a hefty payout for Shell investors after it unveiled plans for a £5bn share buyback despite a separate £7bn repurchase programme last month.

Surging energy prices have sparked a massive windfall for the petroleum and energy industry following big losses early in the pandemic.

This week BP said profits for the three months to the end of June had tripled to £6.9bn from £2.3bn last year. British Gas owner Centrica reported that its profits in the first half of 2022 had jumped to £1.3bn from £262m the year before.

The surge in energy costs has been fuelled by war in Ukraine which has disrupted supplies of oil and gas from Russia, which has cut back supplies of natural gas to Europe.

This year, the Government introduced an additional 25 per cent levy on oil and gas producers in the North Sea for 12 months, expected to raise £5bn.