Brad Jacobs Will Step Aside as CEO of XPO Logistics

plans to step aside as chief executive of

the company said on Thursday, pulling back from a business he built through an aggressive acquisition strategy into a sprawling, multibillion-dollar international supply-chain heavyweight.

Mr. Jacobs, 66 years old, said he would move to an executive chairman role in the fourth quarter and would be succeeded as CEO by

now head of the trucking operation that anchors XPO as it proceeds with plans to break apart the business into three publicly-traded companies.

XPO, which has counted contract logistics, freight brokerage and last-mile delivery in its portfolio, will be focused solely on the trucking operation it acquired in 2015. The deal was the capstone of a rapid series of deals Mr. Jacobs executed as he sought to duplicate a strategy he’d used twice before in rolling up businesses in highly fragmented sectors.

“Every decade or so, I reinvent myself and find another industry to create outsize shareholder value, and XPO is in great shape,” Mr. Jacobs said. “We’re set up for long-term success. It’s ready for its next chapter with Mario as CEO, and I’m not leaving. I’ll remain deeply involved.” 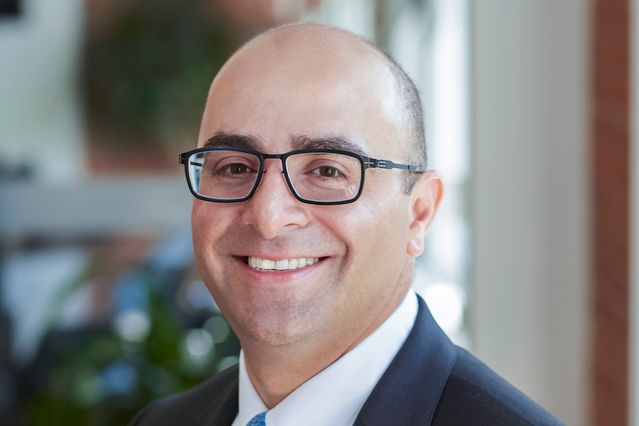 Mario Harik, president of the less-than-truckload division of XPO Logistics, will become chief of the company later this year.

The Greenwich, Conn.-based company said Mr. Harik, 41 years old, will join the board following the planned spinoff of XPO’s freight brokerage in the fourth quarter. Mr. Harik has been promoted meanwhile to president of the less-than-truckload business, in which shipments from multiple customers are combined on the same truck.

Mr. Jacobs will also take on the role of nonexecutive chairman at the freight brokerage spinoff, called RXO Inc. He holds the same title on the board of

the company that was created when XPO spun off its global contract logistics business.

As of Thursday, Mr. Jacobs held roughly 6.75 million shares in XPO, about 5.9% of the company, according to FactSet, stock he owns both personally and through an investment vehicle. He wouldn’t comment on his plans for his personal stockholdings.

The moves are the latest step in a dramatic strategic shift, as XPO becomes a pure-play trucking company focused on North America after expanding its reach over the past decade to become one of the largest freight businesses in the U.S., and a major operator in international logistics.

Top news and in-depth analysis on the world of logistics, from supply chain to transport and technology.

Mr. Jacobs used his experience as a serial deal-maker, having built massive companies in the waste disposal and equipment rental businesses in the 1990s and early 2000s, to pull together a rapid-fire series of deals between 2011 and 2015 that turned a small middleman freight brokerage operation into a wide-ranging logistics business with $17.3 billion in revenue at its peak in 2018.

More recent expansion plans were sidelined by a 2018 short-seller report that sent the company’s stock tumbling. XPO’s financial performance stumbled in 2019 after a large customer, identified as

by a person familiar with the matter, pulled roughly $600 million in business. The company reversed its acquisition course in 2020 when it announced plans to spin off or sell various units.

The firm spun off its global contract logistics business to create GXO Logistics Inc., and said in March it would split off its freight brokerage to start RXO Inc. It has also sold its North American intermodal business and said it would divest all of its European operations.

The company’s executives said on Thursday they believe those decisions have left XPO with significant advantages of scale as one of a handful of publicly-traded companies with national coverage in the less-than-truckload sector. That unit last year earned $4.1 billion in revenue and $618 million in operating income, compared with XPO’s total revenue of $12.8 billion and $616 million in operating income for the full year 2021. 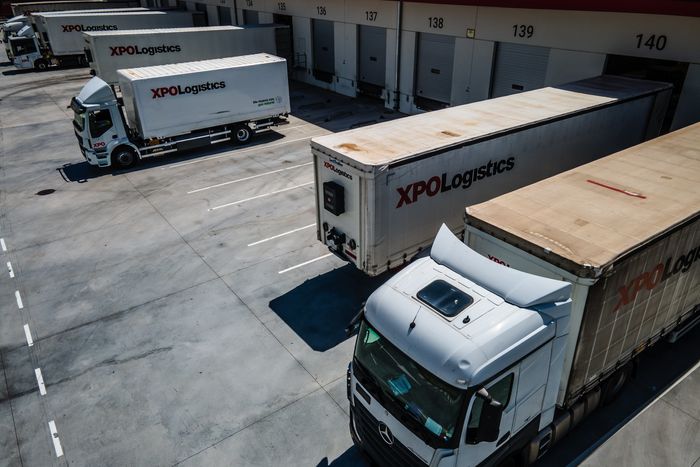 Trucks at loading bays at an XPO Logistics hub in Barcelona.

Mr. Jacobs said the company isn’t planning acquisitions in the trucking sector, but isn’t ruling them out either.

Mr. Harik, a former executive at Oakleaf Waste Management who is originally from Lebanon, has been with XPO for 11 years, including roles as chief information officer and chief customer officer.

“With respect to Mario, he’s a perfect candidate for the job,” Mr. Jacobs said. “He was the third person I hired 11 years ago and he’s been, between being chief information officer, chief customer officer and running LTL over the last year, he knows every single part of the organization.”

The company raised its full-year guidance for adjusted Ebitda to between $1.4 billion to $1.43 billion, from $1.35 billion to $1.39 billion in the earlier forecast.

The trucking division brought in record second-quarter revenue of $1.2 billion, accounting for roughly 38% of the company’s total quarterly revenue, according to XPO.

Mr. Jacobs said he hadn’t decided what sector he might get into if he seeks to revive his roll-up strategy.

“I haven’t burned any calories yet exploring my next company,” he said. “When the time comes to focus on the next big thing, there will be no shortage of opportunities to create massive shareholder value.”