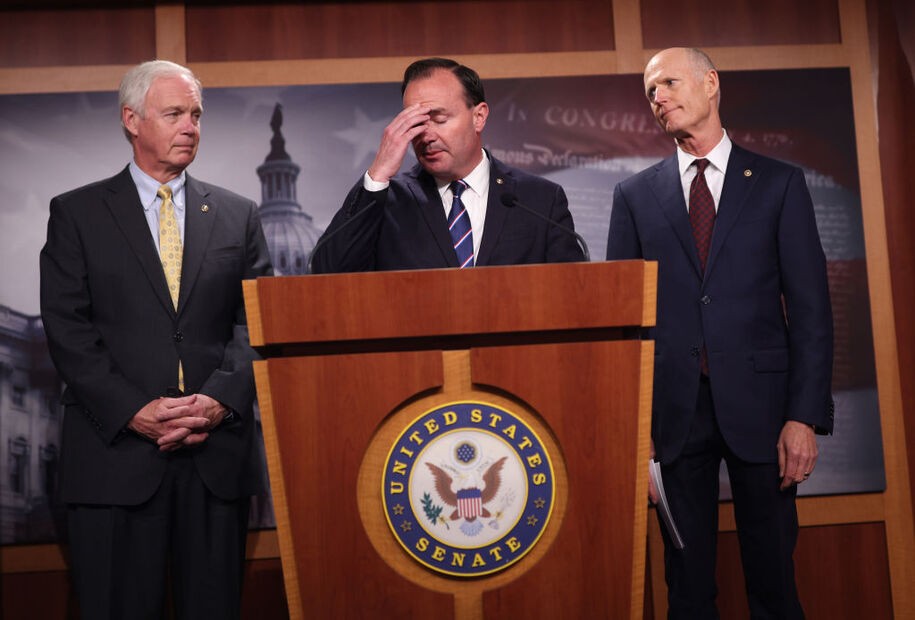 Yeah, that’s who you want in charge of every single Social Security check in the country. Senate Republicans.

As the Manchin-Schumer Senate deal inches toward its first vote, all eyes are on the one Democratic senator known for scuttling past party deals: Sen. Kyrsten Sinema. Republican Sen. Ron Johnson, meanwhile, is casually proposing new ways to kill both Social Security and Medicare. The Department of Justice has announced new federal charges in the police killing of Breonna Taylor. And Alex Jones … hoo boy. That guy couldn’t shut up if his whole career depended on it—which it does.