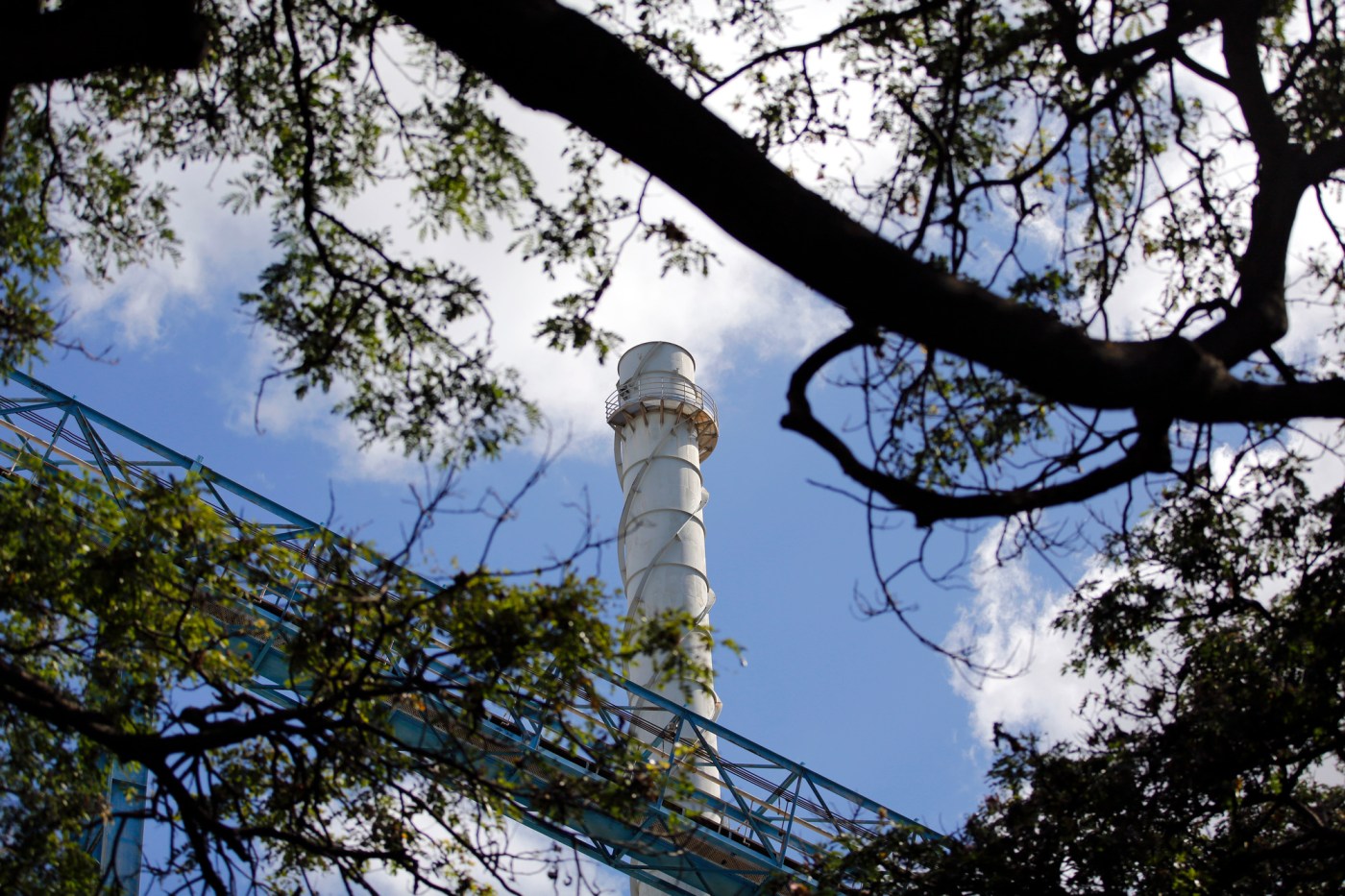 HONOLULU — The last bits of ash and greenhouse gases from Hawaii’s only remaining coal-fired power plant slipped into the environment this week when the state’s dirtiest source of electricity burned its final pieces of fuel.

The last coal shipment arrived in the islands at the end of July, and the AES Corporation coal plant closed Thursday after 30 years in operation. The facility produced up to one-fifth of the electricity on Oahu — the most populous island in a state of nearly 1.5 million people.

“It really is about reducing greenhouse gases,” Hawaii Gov. David Ige said in an interview with The Associated Press. “And this coal facility is one of the largest emitters. Taking it offline means that we’ll stop the 1.5 million metric tons of greenhouse gases that were emitted annually.”

Like other Pacific islands, the Hawaiian chain has suffered the cascading impacts of climate change. The state is experiencing the destruction of coral reefs from bleaching associated with increased ocean temperatures, rapid sea level rise, more intense storms and drought that is increasing the state’s wildfire risk.

In 2020, Hawaii’s Legislature passed a law banning the use of coal for energy production at the start of 2023. Hawaii has mandated a transition to 100% renewable energy by 2045, and was the first state to set such a goal.

But critics say that while ending the state’s dirtiest source of energy is ultimately a good move, doing so now is not. Renewable sources meant to replace coal energy are not yet on line because of permitting delays, contract issues and pandemic-related supply-chain problems. So the state will instead burn more costly oil that is only slightly less polluting than coal.

“If you are a believer that climate change is going to end because we shut down this coal plant, this is a great day for you,” said Democratic state Sen. Glenn Wakai, chair of the Committee on Economic Development, Tourism and Technology. “But if you pay an electricity bill, this is a disastrous day for you.”

The end of coal and the additional cost of oil will translate to a 7% increase in electricity bills for consumers who already face the nation’s highest energy and living costs.

“What we’re doing … is transitioning from the cheapest fossil fuel to the most expensive fossil fuel,” Wakai said. “And we’re going to be subjected to geopolitical issues on pricing for oil as well as access to oil.”

The AES coal plant closure means Hawaii joins 10 other states with no major coal-fired power facilities, according to data from Global Energy Monitor, a nonprofit advocating for a global transition to clean energy. Rhode Island and Vermont never had any coal-fired power plants.

While Hawaii is the first state to fully implement a ban on coal, a handful of others previously passed laws. The 2015 law in Oregon, the first state to pass a ban, isn’t effective until 2035. Washington state’s 2020 coal ban starts in 2025. California, Maine and Texas are among states that have restricted construction of new coal-fired plants.

The number of coal-burning units in the United States peaked in 2001 at about 1,100. More than half have stopped operating since then, with most switching to more cost-effective natural gas.U.S. Energy Information Administration data shows oil generated about two-thirds of Hawaii’s electricity in 2021. That makes Hawaii the most petroleum-dependent state, even as it tries to make a rapid transition to renewables.

Hawaii already gets about 40% of its power from sustainable sources including wind, solar, hydroelectric and geothermal.

State Sen. Kurt Fevella, a Republican and the Senate Minority Leader, suggested that Hawaiian Electric Company and other energy corporations should absorb the additional cost of shifting to renewables.

“The fact that Hawaii’s families are already doing what is necessary to reduce their energy uses while still paying the most in the nation for household electricity is unsustainable,” said Fevella. “While I believe utility companies like HECO can do more to reduce the energy burden passed on to Hawaii’s ratepayers, I also believe developers of renewal energy projects should also bear a greater portion of the transmission costs.”

Hawaiian Electric Company, the state’s sole distributor of electricity, said it can do little to change the prices to consumers.

“We’re a regulated monopoly,” said Vice President of Government and Community Relations and Corporate Communications Jim Kelly. “So we don’t set the prices. We don’t make any money on the fuels that we use to generate electricity.”

AES, the operator of Hawaii’s last coal plant, has transitioned to creating clean energy and is working on large solar farms across the state, including one in West Oahu that will replace some lost coal energy when completed next year.

“Renewables are getting cheaper by the day,” said Leonardo Moreno, president of AES Corporation’s clean energy division. “I envision a future where energy is very, very cheap, abundant and renewable.”

Sustainable energy experts say getting rid of coal is critical in curbing climate change. While the current renewable landscape is not perfect, they say technologies are improving.

“This is the decade of climate action that we really need to be moving on right now,” said Makena Coffman, University of Hawaii professor and director for the Institute for Sustainability and Resilience. “And so these are available technologies and they might get incrementally better, but let’s not wait 10 years to do it.”

Hawaii’s petroleum is distributed by Par Pacific, a Houston-based company which has traditionally sourced the state’s oil from Libya and Russia. But after the invasion of Ukraine, Hawaii halted oil shipments from Russia and replaced it with products from Argentina.

Extending the coal plant’s operation would be complicated and costly, Glenn said, noting that the plant has been planning decommissioning for years and would now have to buy coal at market price.

“Coal is going up. It’s getting more expensive,” he said of the supply Hawaii gets from clearcut rainforests in Indonesia. “If we were using U.S. coal, it would not be the cheapest energy source on the grid.”

Why would Hawaii, a small U.S. state in the middle of the Pacific, try to lead the way in moving to sustainable energy?

“We are already feeling the effects of climate change,’” Glenn said. “It’s not fair or right to ask other nations or states to act on our behalf if we are not willing and able to do it ourselves. If we don’t, we drown.”