Only two years ago Klarna, the buy now, pay later Swedish start-up, was the poster child of European tech, and the second most valuable fintech firm in the world.

At its peak, Klarna was worth an astonishing £39billion and heading for an IPO many claimed would make fortunes for its glittering roster of investors.

You know the sort: Japan’s SoftBank, the UAE sovereign wealth fund and some of the world’s biggest, snazziest private equity funds such as Silver Lake Partners, BlackRock, Permira and Sequoia Capital. 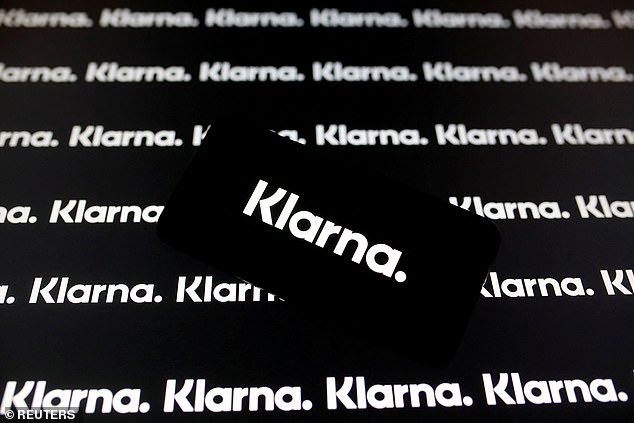 Collapse: Sweden’s one-time tech darling Klarna saw its valuation drop by 85% overnight – from a peak of £39bn to around £6bn

Even then, at that valuation, Klarna was losing money – it has lost money for the last four years – but that didn’t stop the investors pouring in their money. Some greedy analysts compared it to Paypal, claiming the valuation was too low.

If something looks too good to be true, it usually is. Back in May Klarna sacked about 10 per cent of its 6,500 staff.

Then last month the full extent of its problems began to unravel, with its valuation dropping 85 per cent overnight to around £6billion.

Now the Klarna bubble has popped: higher credit conditions, inflation and the downturn in spending are being blamed for huge losses.

The Stockholm-based company also cites the threat of a regulatory crackdown on its buy now, pay later model as causing headaches. And Klarna should be worried.

At present, there is no supervision over companies like Klarna or Affirm which allow customers to buy now interest-free but pay off the amount in instalments.

Sounds simple enough. But in reality there are a myriad of ways that customers can be charged far more than they think they will through hidden fees.

If they lose track of payments or make multiple purchases, customers may get return fees and missed fees that they were not aware of.

On a more human point, allowing more vulnerable customers, especially the young, to pay by instalment and with no credit checks encourages them to buy far more than they would otherwise.

If you look at most online retailers, as soon as you go to pay, the Klarna option pops up alongside traditional payment systems. It’s a tempting offer and takes a strong will to turn down such goodies.

The Financial Conduct Authority has warned consumer credit companies such as Klarna about misleading adverts, and that they must comply with financial promotion rules. If they don’t, regulators should insist the ads carry a big red flashing light warning about the down sides.

Klarna’s big-shot investors can afford to nurse losses. But most customers cannot afford to be lured into spending more or being trapped by hidden fees.

Now we know why German economist Isabel Schnabel was so hawkish when giving her keynote speech at the Jackson Hole meeting of central bankers last week.

The speech by the Bundesbank member for the European Central Bank (ECB), was rather overlooked because all eyes were on Federal Reserve chairman Jay Powell.

Yet Schnabel was every bit as tough as Powell, stating that central banks must act forcefully to counter the uncomfortably high likelihood of embedded inflation.

What’s more, she broke with ECB convention, admitting that central banks around the world risk losing public trust unless they act forcibly to dampen inflation, even if this means recession. Maybe she had been given a preview of the latest terrible eurozone inflation figures for August?

They are a shocker, the highest since the euro was created. They also suggest that eurozone inflation is heading for double-digits after shooting up to 9.1 per cent in August from 8.9 per cent a month earlier.

Germany saw inflation reach its highest level in almost half a century at 8.8 per cent year-on-year, and that’s a figure which doesn’t include the free transport and other subsidies the government has given out.

In Italy, inflation rose to 8.4 per cent, the highest since 1985, adding to fears that the debt-laden economy is on a knife-edge.

It’s also one of the reasons why there have been such big sell-offs in bond markets: spreads between 10-year German and Italian bonds are sticking stubbornly at around 2.3 per cent. There is little doubt the ECB will hike rates by 75 basis points next Thursday.

Another sign ministers are getting their act together on energy: Centrica has been given the go-ahead to reopen its Rough gas storage plant off the eastern coast.

Energy Secretary Kwasi Kwarteng is not doing so badly after all.