Olivia Wilde has gushed about her boyfriend Harry Styles and Florence Pugh’s performances in her upcoming film Don’t Worry Darlings in a new interview.

The actress, 38, lavished praise on the pair for creating ‘a love story that felt so sincere’ in the film.

Her words come as it has been alleged that Olivia and Florence had fallen out over the director’s romance with Harry. 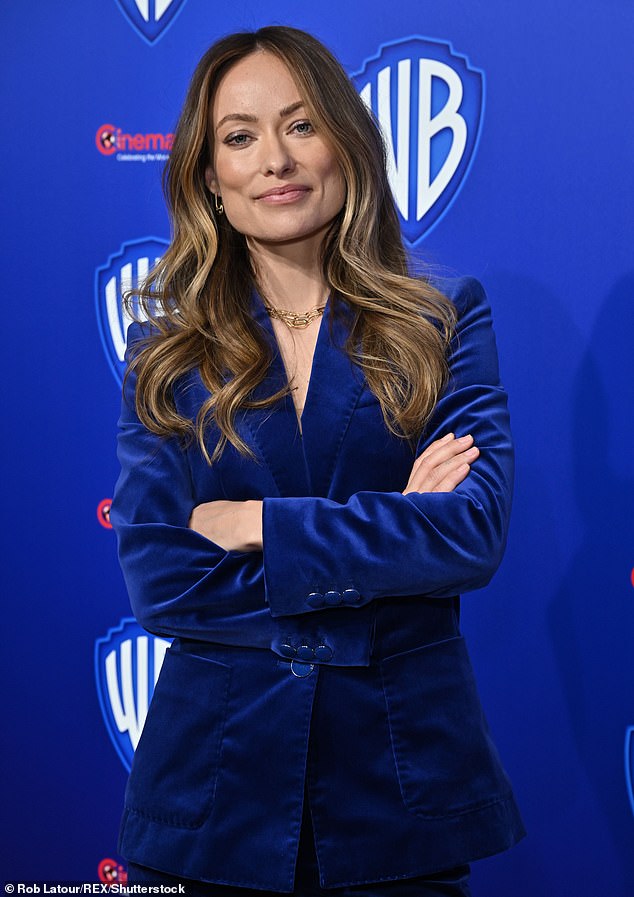 Heaped praise: Olivia Wilde has gushed about her boyfriend Harry Styles and Florence Pugh’s performances in her upcoming film Don’t Worry Darlings in a new interview

Speaking to Maggie Gyllenhaal for Interview Magazine, Olivia explained that Harry’s background as a musician made him ‘wonderful’ to work with, because he gives 100 percent to his work.

She said: ‘The thing is, it’s scary and exhausting to go all the way. But working with Harry, who’s obviously a musician, it was like there was no other option for him than to work as hard as possible and to commit to the scene as hard as possible. He never holds back.

‘Oftentimes when it’s not your scene, and you’re in a supporting role, people give 80 percent. But even if he was way off camera, he was so there for everyone, and for the crew and production. The tone that he set was just a very positive force.’

Describing Florence’s work in the film, Olivia said she was ‘ferociously talented’ and ‘dogged in her pursuit of the most authentic version of every moment’.

Gushing: The actress, 38, lavished praise on the pair for creating ‘a love story that felt so sincere’ in the film

Pouring further praise on the two actors, she added: ‘They’re both very loving people, and they knew that it’s the little moments that differentiate a performative love from an authentic love.’

It also comes as TheWrap reported Friday that Florence will only do one main piece of press to promote Olivia’s second feature as a director, suggesting the British star is distancing herself from the film.

‘Florence has been in Budapest filming Dune 2 and before that filming [Christopher Nolan’s] Oppenheimer,’ Pugh’s rep told the publication, adding: ‘She will be in Venice for the premiere coming off a night shoot in Budapest.’

The report adds that as it stands, the Venice Film Festival is set to be the only red carpet and press conference that Pugh is expected to attend.

See also  Who Is Katrina Scott? All About The Sports Illustrated Swimsuit Model – Hollywood Life

‘She’ll be doing greetings for us from the set of Dune because she’s not doing press,’ a New Line Cinema executive added to The Wrap.

Florence was said to be unhappy with her Don’t Worry Darling co-star and director Olivia because of the way her relationship began with Harry.

Harry and Florence play a married couple in the sexually charged movie, which tells the story of a 1950s housewife living with her husband in a Utopian experimental community. Olivia appears as a character called Bunny.

Olivia was previously engaged to Jason Sudeikis since 2012 and they share children Otis, eight, and Daisy, five. 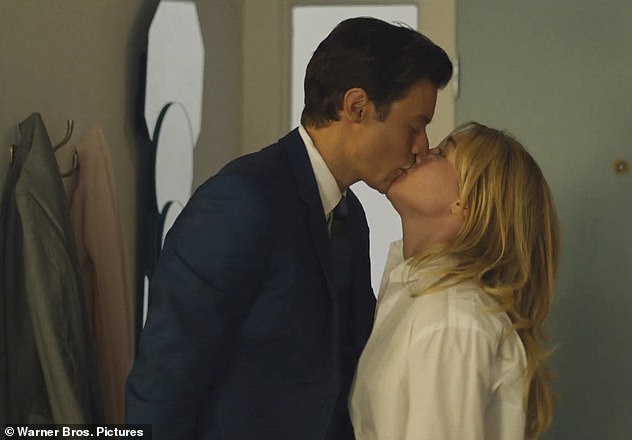 Jack and Alice: Florence and Harry play Jack and Alice Chambers, who seem to be the perfect couple… until she starts discovering things about their secretive community

But there is some confusion over timings because Olivia and the Ted Lasso star were thought to have split in November 2020.

Olivia made headlines with Harry in January 2021, when they were photographed holding hands at his manager’s wedding.

While it’s never been confirmed that Olivia and Harry’s romance began while she was still engaged to Jason, Page Six have reported that Florence has fallen out with Olivia over the coupling.

An insider told the site: ‘Flo seeing Olivia and Harry all over each other on set did not go down well as Olivia was still with Jason when she first hooked up with Harry.’ 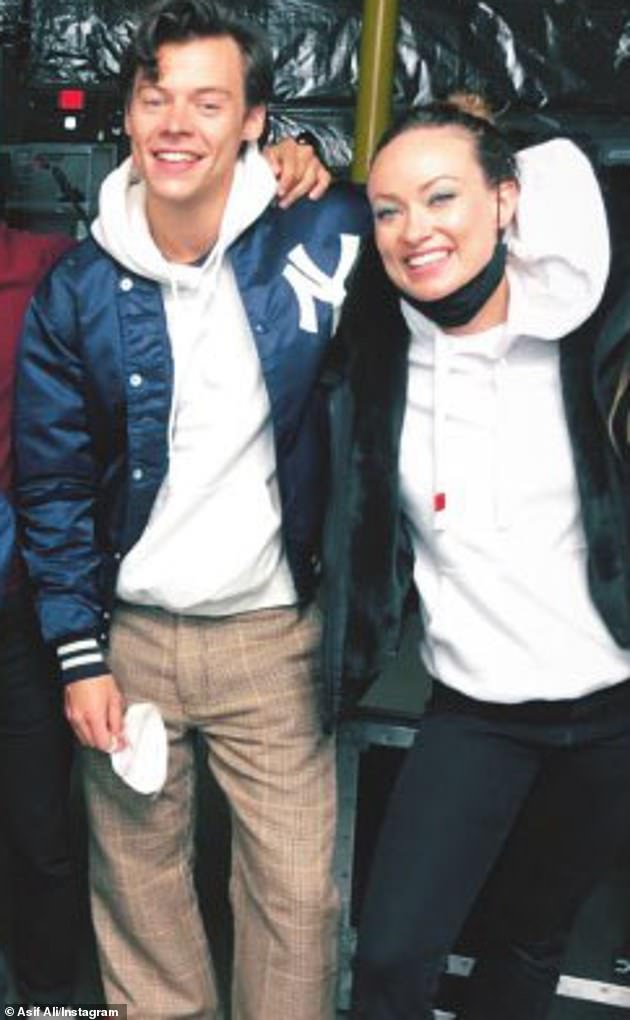 Rift? Florence was said to be unhappy with her Don’t Worry Darling co-star and director Olivia because of the way her relationship began with Harry

At the time, sources claimed the relationship with Harry was the main reason for the split.

One insider told the site that the affair with Harry had been ongoing for a month, leaving Jason distraught.

The insider added this week: ‘Jason and the kids visited Olivia on set at the beginning a few times, so I think this all made people feel a little uncomfortable.’

MailOnline contacted a spokersperson for Olivia, Harry and Jason for comment at the time of original publication.

Fans have noticed that Florence has not praised Olivia as a director on the project. 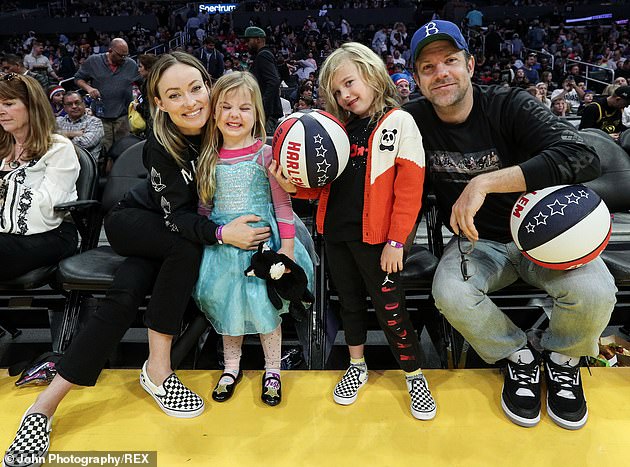 Family: Olivia and Jason were previously engaged however they separated in late 2020. The two stars share two children together, Otis, 8, and Daisy, 5, (pictured in February 2020)

She is said to have failed to ‘like’ a post in which Wilde included the full official trailer for Don’t Worry Darling last month.

Yet Olivia shared a picture of Pugh and wrote: ‘Watching this woman work was such a f–king thrill! Cannot wait to show you more. @florencepugh @dontworrydarling.’

Florence didn’t respond but that same day posted a trailer for another new project, Oppenheimer.’

One fan wrote: ‘The way Florence Pugh has yet to post about don’t worry darling even though there are two trailers out for it and yet she’ll post about every single other project that she’s doing right now like what did Olivia Wilde do ????’

However, a source told Page Six Florence was already scheduled to post about Oppenheimer that day for some specific reason and it had nothing to do with a response to Olivia

Olivia and Harry will soon step on the red carpet at the Venice Film Festival for the world premiere of the new movie and no doubt all eyes will be on them.