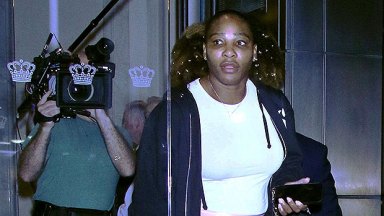 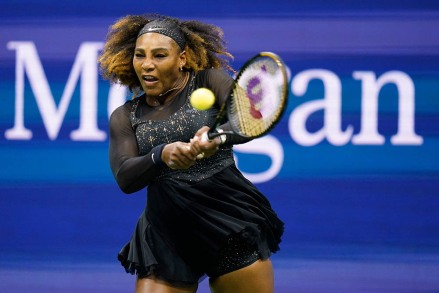 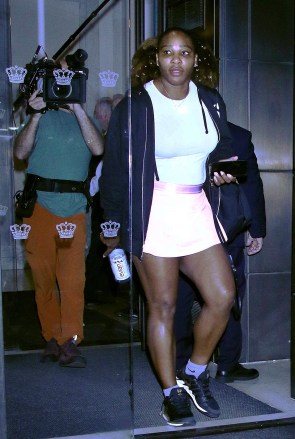 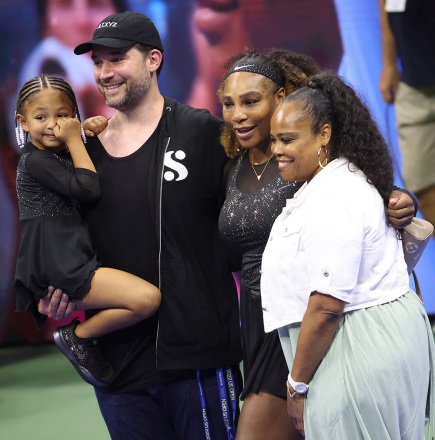 Serena Williams, 40, was spotted leaving her New York City-area hotel on Aug. 31 as she headed to the second round of the U.S. Open, which is held in Queens. She donned a fitted white tee and a light pink skirt that featured a shiny pink waistband. She kept warm in a black zip-up hoodie and carried Evian water in her right hand and her phone in her left. The tennis star went makeup free and had her hair up in a ponytail. 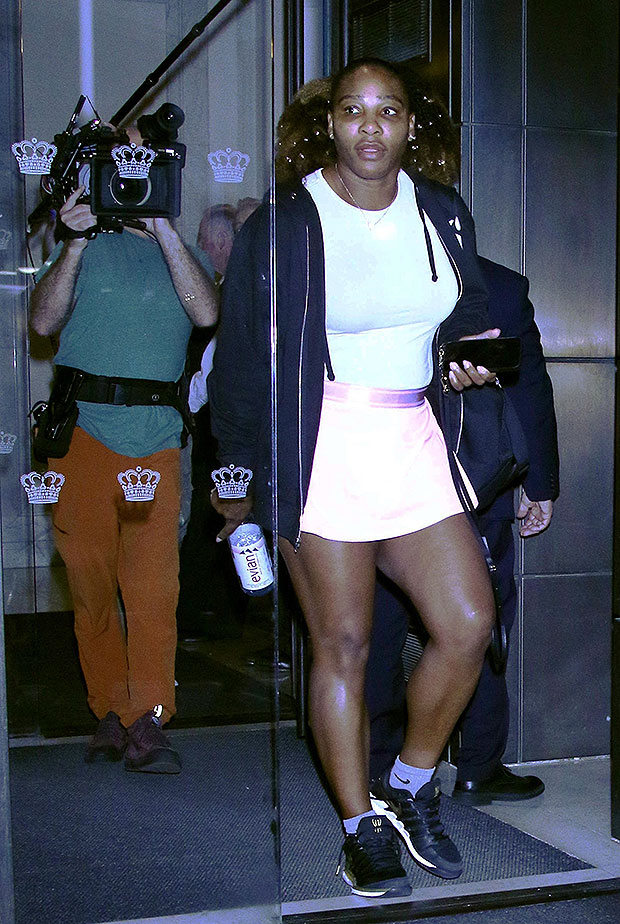 Serena Williams was photographed heading to the second round of the 2022 US Open (Photo: MediaPunch / BACKGRID)

Serena kicked off her final U.S. open on Aug. 29, during which she defeated Danka Kovinić of Montenegro in two 6-3 sets. Serena’s husband, Alexis Ohanian, and daughter, Olympia Ohanian, who turns five on Sept. 1, were spotted cheering her on from the sidelines and also supported her on the court. Olympia and Serena sweetly matched in black tennis dresses that featured a sparkly design that resembled a midnight sky. Serena wore a long mesh shirt underneath the dress and kept her hair out of her face with a bedazzled Nike headband. She wore her hair in a ponytail while smiling Olympia styled her hair in braids that were decorated with white beads. 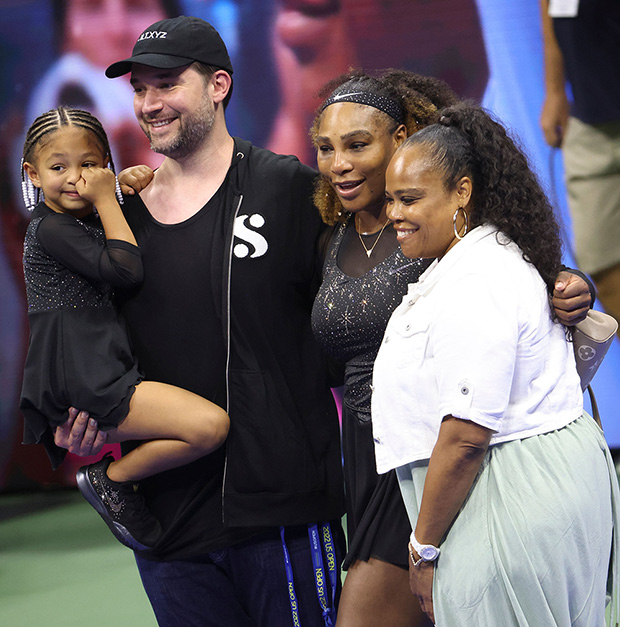 Serena Willaims’ husband, Alexis Ohanian, and daughter, Olympia, joined her on the court of the 2022 US Open (Photo: JEAN CATUFFE/DPPI/Shutterstock)

Serena announced her retirement from tennis on Aug. 9 via a personal essay for Vogue. She said rather than seeing her next move as a retirement, she looks at it as simply a “transition” into her next stage of life. “Maybe the best word to describe what I’m up to is evolution,” she theorized. “I’m here to tell you that I’m evolving away from tennis, toward other things that are important to me.”

Her biggest reason for leaving the sport she loves, she revealed, is her desire to expand her family. “Believe me, I never wanted to have to choose between tennis and a family. I don’t think it’s fair. If I were a guy, I wouldn’t be writing this because I’d be out there playing and winning while my wife was doing the physical labor of expanding our family,” she wrote. “I was one of those annoying women who adored being pregnant and was working until the day I had to report to the hospital — although things got super complicated on the other side. And I almost did do the impossible: A lot of people don’t realize that I was two months pregnant when I won the Australian Open in 2017,” she further explained. “But I’m turning 41 this month, and something’s got to give.”

Although Serena will miss tennis, her legacy will live on: She holds the record for the most Grand Slam wins, with 23 to her name. During an Aug. 26 sit-down with Today, she reflected on that milestone. “I never dreamt of having this many Grand Slams or titles. I just thought I would play tennis and maybe win a Grand Slam or two,” she smiled. “For me, it’s all a bonus.”