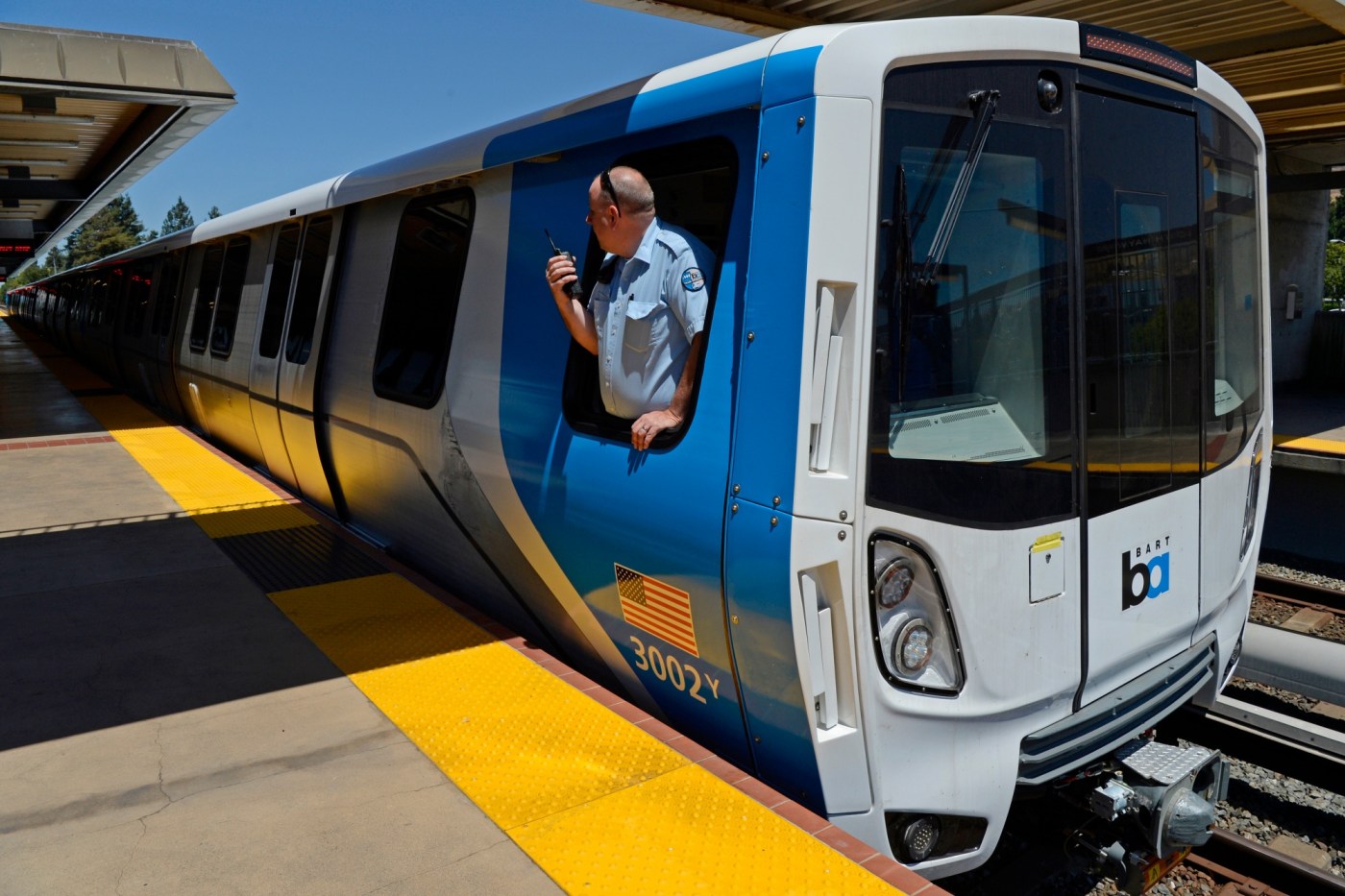 Later this month BART is marking 50 years of hauling millions of Bay Area residents around the region and to celebrate the agency is offering 50% off all fares in September along with a series of events and limited-edition transit swag.

The discount applies automatically to all riders using a Clipper card. Passengers without a Clipper card can download one for free using Apple Wallet or Google Pay or pay $3 at a station kiosk.

Along with discounted fares, BART is also putting free-to-use vintage arcade games – including Pac-Man, Asteroids, Space Invaders and Galaga – at its Powell St. Station in downtown San Francisco starting Saturday through September 9. The promotion will allow visitors “travel back in time to” to 1976 when BART partnered with game designer Atari to bring a new source of revenue to the agency.

For fans of BART’s unique aesthetic, the agency is selling 50th-anniversary t-shirts along with other odds and ends.

Next weekend BART is hosting a party at its Lake Merritt Station and a series of afternoon concerts in the coming weeks at the Downtown Berkeley, El Cerrito, and Glen Park stations.

The month-long celebration, which marks the September 11, 1972 opening of BART’s first segment between Fremont and Oakland, comes as the agency looks to claw back riders it lost during the pandemic and the shift to remote work. As of July the agency’s ridership is down 65% compared to pre-pandemic levels, one of the lowest ridership recovery rates for major transit agencies in the country.