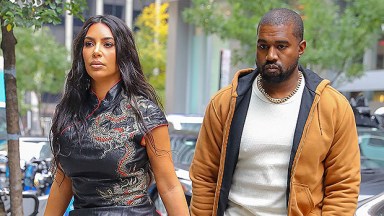 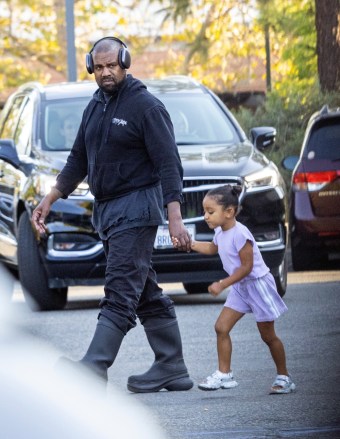 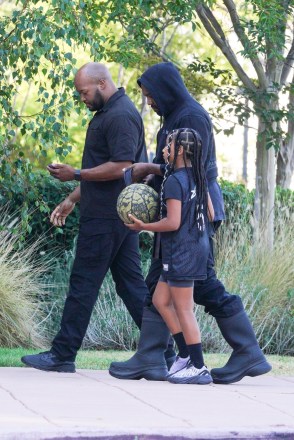 Kanye West, 45, vented via social media on Thursday, September 1, demanding that ex-wife Kim Kardashian, 41, send their kids to his Donda Academy! Following a bizarre “sperm donor” rant about Tristan Thompson, Travis Scott, and Scott Disick, the rapper took to Instagram to state exactly where he expects his children with Kim — North, 9, Psalm, 3, Chicago, 4, and Saint, 6, to be educated. 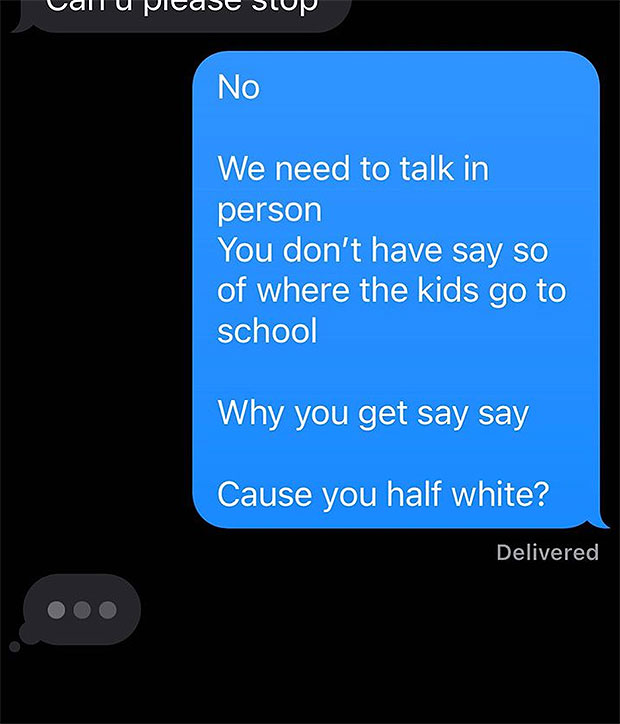 In an uncaptioned screenshot of a disturbing text exchange, (ostensibly with Kim) the controversial Yeezy mogul appeared to explain his feelings on the matter. “Can u please stop,” the top message read, while the response, in blue, read, “no, we need to talk in person. You don’t have say so of where the kids go to school Why you get say say [sic] Cuz you half white?”

The next post was a simple message, reading in part, “My kids going to Donda,” along with “Charlemagne the God and Kris Get Your motherf***ing popcorn.” The social media rampage continued with at least 13 angry posts in under two hours. “I’m the kids father,” read another post. Yet another subsequent Instagram said, in part, “It’s not up to Calabasas or Hulu where my kids go to school I’m not the crazy one here It’s up. I won’t stop until I have a say so on my kids no matter what it legally takes.” 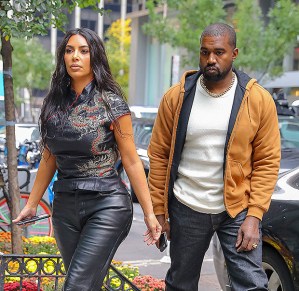 Kim and Kanye have had a particularly bumpy divorce since going their separate ways back in February 2020. Back in June 2021, Kim explained her reasons for ending the tumultuous marriage in the Keeping Up With the Kardashians finale. “I just feel like I’ve worked so hard in life to achieve everything that I’ve wanted to and I’ve lived up to my expectations and achieved 10 times more than I even thought was humanly possible, but I don’t have a life to share that with,” she told her mom, Kris, per Cosmopolitan. “Like, I do—obviously my kids and everything—but am I just going to sit here and think, ‘Okay, my kids fulfill me and I’m good?’” 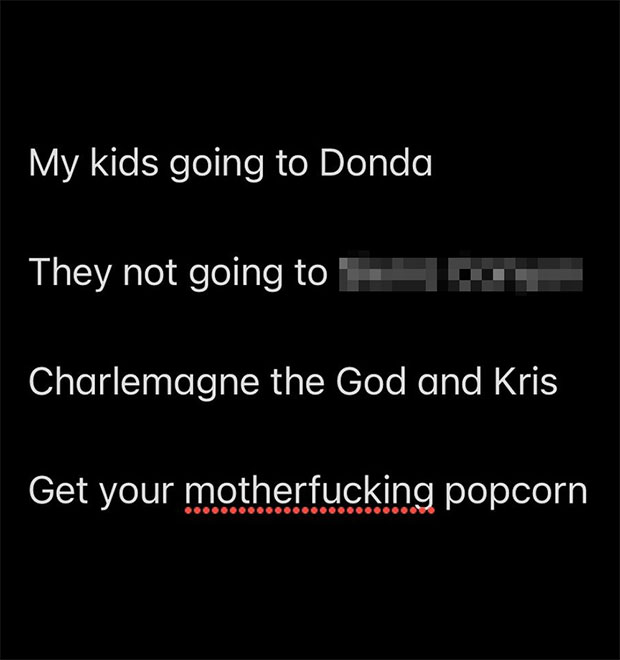 Kim also cited Kanye’s physical distance in the revelation. “After turning 40 this year, I realized, like, ‘No, I don’t want a husband that lives in a completely different state,’” she explained. “To me, I thought, ‘Oh my god, that’s when we’re getting along the best,’ but then that is sad to me and that’s not what I want. I want someone that we have the same shows in common. I want someone who wants to work out with me.”