Married At First Sight’s Al Perkins has joined the upcoming season of Love Island Australia, as pictures taken this week show the star chatting to a group of bikini-clad beauties inside the show’s stunning Mallorca Villa.

In May, the 25-year-old told Daily Mail Australia he had quit his job as a carpenter to make it as a full-time influencer after becoming a fan favourite on the Channel Nine dating show.

And now, he appears to be cashing in on his fame even further by landing a coveted spot in the Love Island cast. 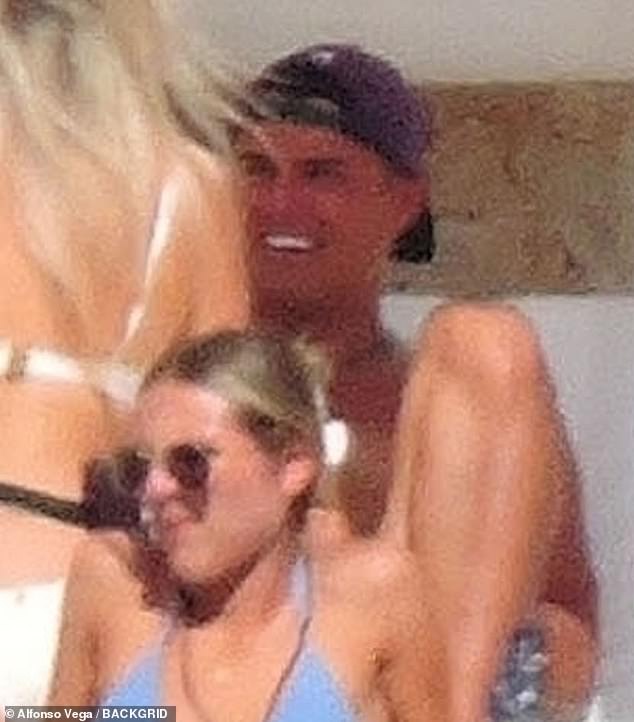 Married At First Sight’s Al Perkins (pictured) has joined the upcoming season of Love Island Australia, as he was spotted chatting to a group of bikini-clad beauties inside the show’s stunning Mallorca Villa this week 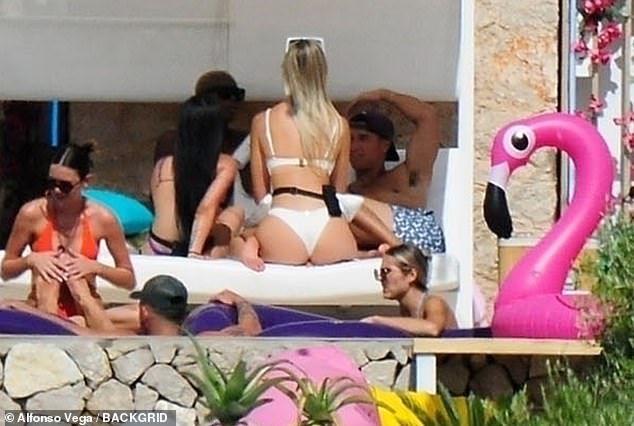 The new season of the series is currently being filmed in Spain, and Al was spotted on set

Al was paired with Queensland-based fashion designer Samantha Moitzi on the Channel Nine show but called it quits before the finale.

Photos from the set of Love Island’s upcoming season shows Al relaxing on a daybed with another male contestant as two stunners sit on the edge of the bed chatting to them.

In the foreground, more women relax by the pool, topping up their tans while speaking to a male contestant. 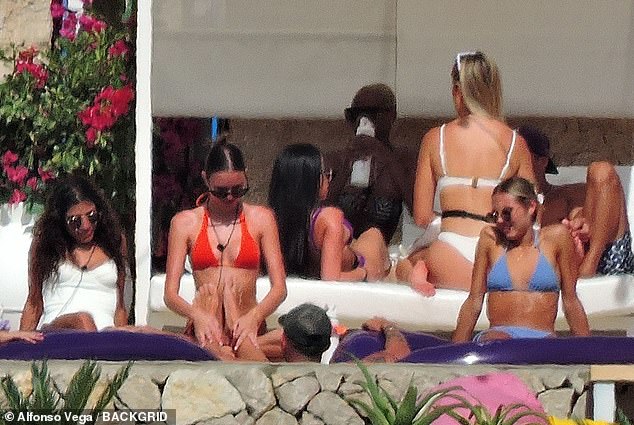 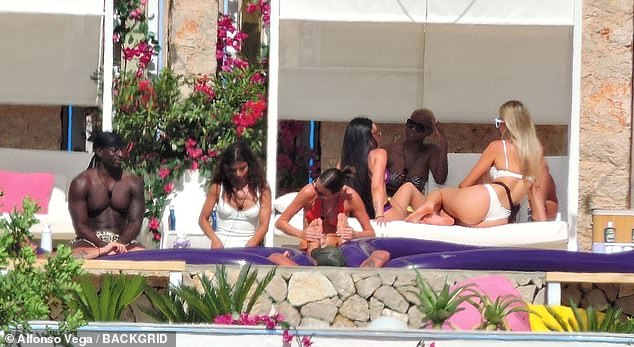 Speaking to Daily Mail Australia in May, the 25-year-old let slip that he’s no longer working as a chippie after appearing on the Channel Nine experiment.

‘I had so much on after the show finished. It became too much of a balancing act with all the new opportunities that have popped up,’ he explained.

‘I was working three days a week then went to two days then sometimes just working one day because I was having so much fun,’ he added.

The Bondi-based star, who boasts a whopping 275,000 Instagram followers, can expect to make upwards of $1,889 per post from sponsored posts. 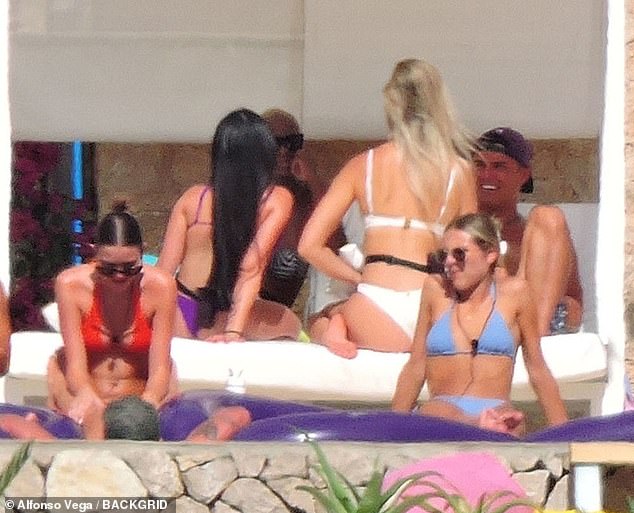 In the foreground, more women relax by the pool, topping up their tans while speaking to a male contestant 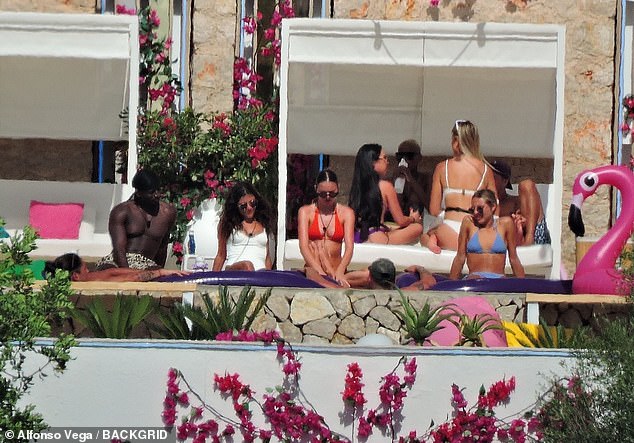 Filming for the season is well underway in Spain, with Sophie Monk returning as host

He’s already been spotted spruiking Hello Fresh alongside his co-stars Brent Vitiello and Selina Chhaur – and a stint on Love Island is sure to push his Instagram fame further.

None of the cast have officially been announced yet but Sophie Monk will return as host.

‘I’m so excited to be returning as host of Love Island Australia and with overseas holidays finally coming back into view, I can’t wait to return to beautiful Mallorca to see what’s in store for our brand-new Islanders,’ Sophie said in a statement. 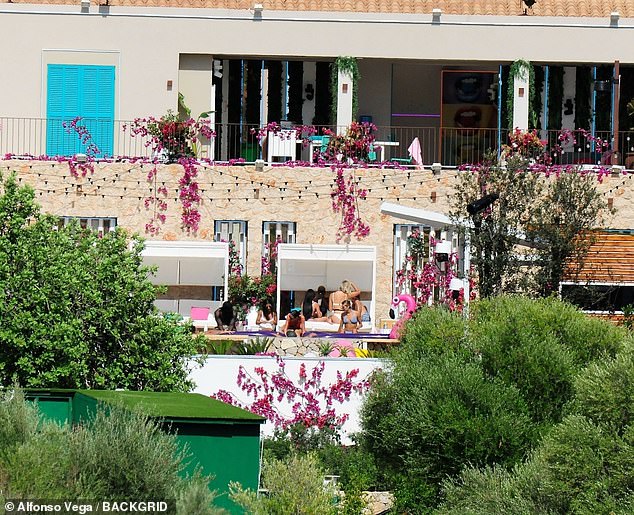 The cast this year will return to Mallorca in Spain, where the popular British series is also filmed, after the 2021 series moved to Byron Bay due to international lockdown restrictions 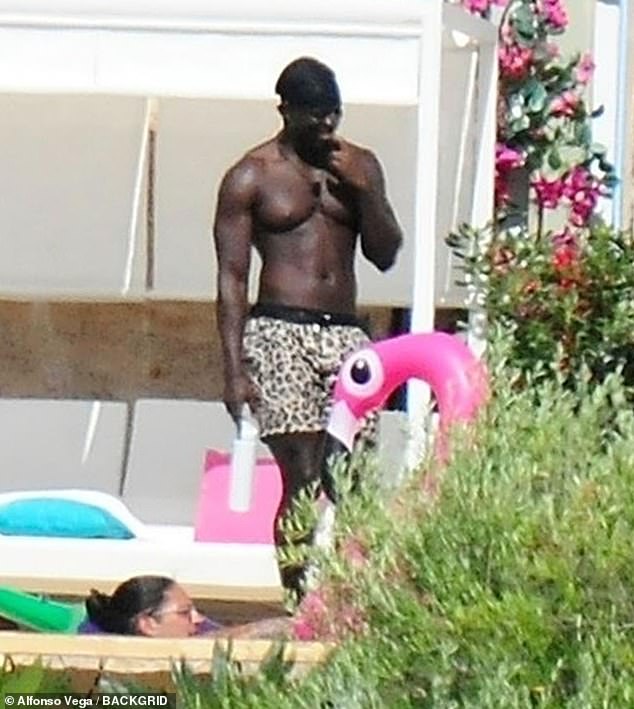 The cast this year will return to Mallorca in Spain, where the popular British series is also filmed, after the 2021 series moved to Byron Bay due to international lockdown restrictions, while season two in 2020 was filmed in Fiji.

Sydney-based PR consultant Tina said she was ‘absolutely shattered’ over the split.

‘I’m so devastated to be sharing this news with you and I am still processing the situation,’ she wrote at the time 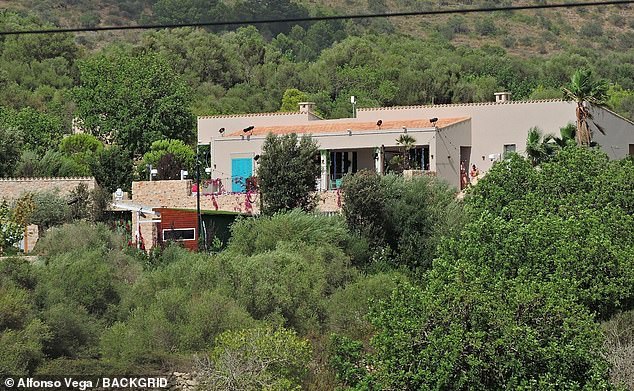 The picturesque villa is surrounded by trees and mountainous area 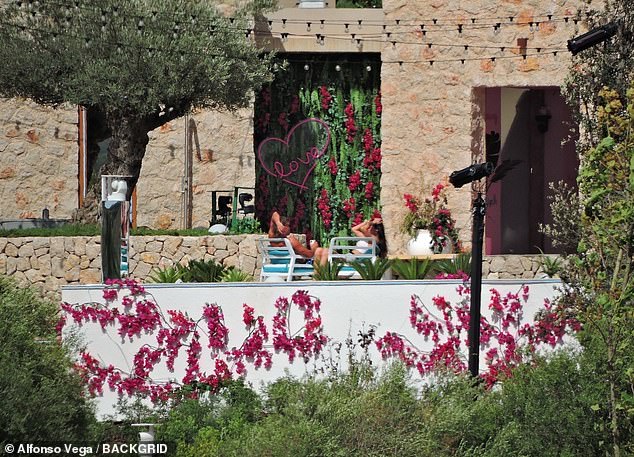 Stationary cameras and microphones are spotted, ensuring that all the action is captured

‘Sadly, this was not our time and we agreed that the best decision for us right now is to part ways,’ she continued.

Tina added that she ‘put everything’ into the relationship and was ‘heartbroken’ things didn’t work out.

‘I wish nothing but the best for Mitch. He is an amazing person, I still adore him and I’ll never forget the special time we shared,’ she said. 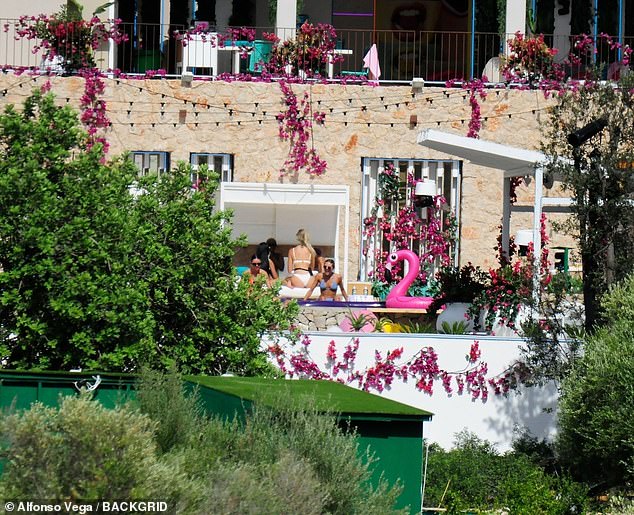 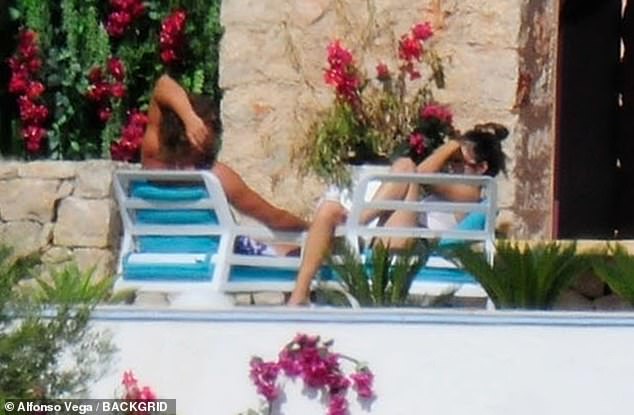