Cries for help with energy bills from firms have reached a crescendo this week – but one businessman begs to differ.

Christopher Nieper, 58, who runs the David Nieper fashion business founded by his late father in Alfreton, Derbyshire, says companies should stop moaning and go green to save on bills.

‘On energy prices and the cost of living, I am concerned for my staff,’ he says. ‘We’re actively discussing what we can do to cushion this by paying higher wages, especially at the lower end, even though this eats into profitability. 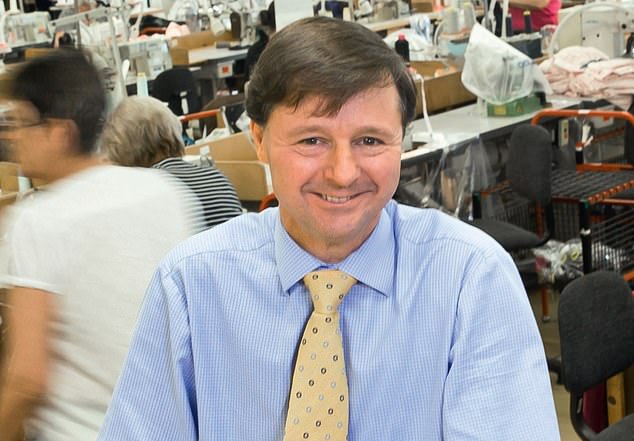 ‘But it’s time for many businesses to stop complaining!

‘It’s a good investment to generate your own energy where you can.’

Nieper began installing solar panels on the roofs of all five of his factories 12 years ago.

‘The return on investment for us has been between 18 per cent and 25 per cent which is much more than we can get on money at the bank,’ he says. ‘The current crisis has been a catalyst to redouble our efforts.’

Solar panels have roughly halved the business’s need for electricity, helped by other measures including basics such as good insulation. Nieper has replaced nearly all the gas boilers at the firm with air source heat pumps.

Having taken over as chief executive from his father David 16 years ago, Nieper sticks to a firm core of beliefs about business.

Until recently, this put him out of step with the prevailing orthodoxy of just-in-time supply chains, using factories in cheap locations abroad, and loading up with debt. 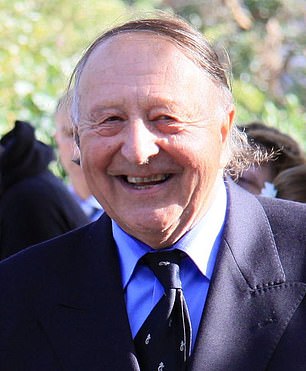 His philosophy is self-reliance, rather than moaning and seeking handouts, making products in Britain instead of outsourcing to cheaper locations overseas – and zero debt.

He believes business is at its best at the heart of the community. So much so that he even stepped in to rescue a failing school near his factories.

So next week he will be looking on with pride as pupils return for the new term to the David Nieper Academy, which now boasts 800 pupils compared with 344 when he stepped in.

A supporter of Brexit, he would like to be able to turn to well-qualified local school leavers to fill future jobs in his company.

It will also, he says, open opportunities for children to forge better lives, whatever career path they choose.

‘Just over half the children in the Academy are from disadvantaged backgrounds,’ he says.

‘But there is just as much talent here as you would find in Highgate or Hampstead.

‘If we can just unlock that, it fuels growth in the economy for the town, not just for us but for other businesses. And if it can be done in towns around the UK it will bring prosperity.’ 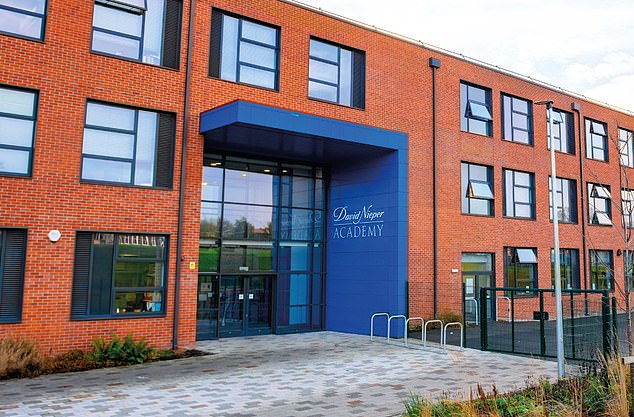 Savings: Christopher Nieper began installing solar panels on the roofs of all five of his factories twelve years ago and says the return on the investment for has been between 18% and 25%

Alfreton’s history is in coalmining and textiles, ‘most of which have now gone’, he says.

‘When that happens, the heart just goes out of a town and then when a school fails as well…’ He tails off. The new purpose-built building opened in 2016.

‘Before we took over, it had a number of years being rated at the lowest level by Ofsted,’ he says.

‘It was the weakest school in Derbyshire and in the bottom 2 per cent of all British schools.

‘Now it is the sixth most oversubscribed in the county.

‘The pathways to poverty are addiction, debt and family breakdown. If you have an education that allows you to get a good job, you have a better chance of escaping all that. We gave it our name which was quite a big risk.

Belle of the ball: A model in a David Nieper merino wool dress

‘But my belief is that you can transport the values of the employer brand into the school.’

The David Nieper business, which sells its clothing online and through a printed catalogue to women over 50, is one of the survivors of a once-vibrant industry in the East Midlands.

He says: ‘A lot of them are swing seats. If the Government doesn’t level up in these areas, they won’t have levelled up at all.’

Brought up in nearby Matlock, Nieper says he joined the family business ‘by mistake’ after studying engineering at Leeds University and learned ‘from the bottom up’. ‘My father started over there,’ he says, pointing across the car park, ‘in a wartime Nissan hut.

‘In 1970 this was a field. There was a pork butcher with pigs running round and a slaughter house up there.

When the butcher died my father bought the field. He built the factory in 1972 and gradually acquired more land.’

Since his father’s death last year, the business is owned by his 86-year-old mother and will later go into a trust.

‘We have lots of people wanting to buy it, but it would wreck what we are doing. Private equity comes along all the time to see if we will sell, but there’s no point in that.’

The cut-throat, debt-happy, profit-hungry private equity playbook is totally alien. It is a point of pride for Nieper that his is a British brand with virtually its entire supply chain in the UK.

Most other fashion businesses have shifted their manufacturing abroad and are reliant on far-flung suppliers, some with dubious working practices.

He admits it ‘would have been cheaper to go overseas’ but argues ‘one of the assets of the brand is being British’. He says: ‘There is so much untapped talent in communities like Alfreton, and in other forgotten towns.

‘We have been here 60 years. You get to the point where you realise longevity isn’t about product, or finance, or buildings or machines, it is about people.

‘That is why I am still here in Alfreton. I live 15 minutes away. The camaraderie is so lovely, why would I go anywhere else?’