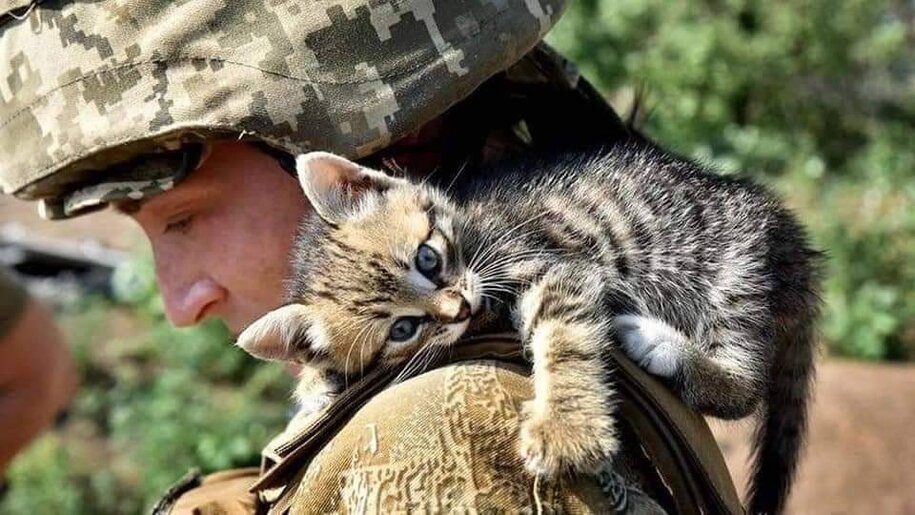 Somewhere on the front lines.

Popasna fell on May 7. Russian forces successfully pushed north and captured Lysychansk on July 3, as Ukrainian troops exhausted from the defense of Severodonetsk across the river failed to hold the lines next door. Since then, not much has happened. 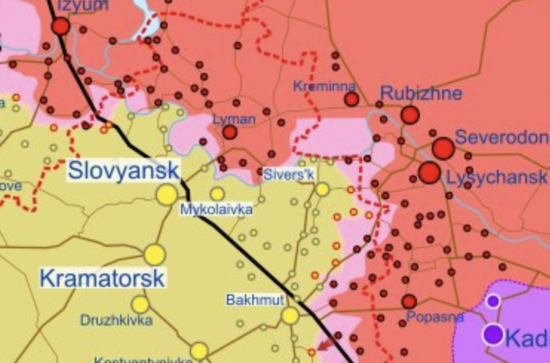 After that grinding push north, Russia looked west toward Bakhmut and Siversk, yet two months later, the front lines have barely budged. (It’s only 30 kilometers from Popasna to Bakhmut.) It was one thing to run north while hugging Russian-occupied territory to the east; it’s another thing to stretch out supply lines—degraded by deep HIMARS strikes—and attack into territory well covered by Ukrainian defensive artillery.

With all eyes on the Kherson front, why bring this up? Because Kherson isn’t the only place reinvigorated by freshly trained and Western-equipped Ukrainian forces. The defenders weren’t just sitting idly by for the past six months, and we are finally starting to see the results of that effort.

As such, this report from Soledar (prewar population ~11,000) by a Russian military reporter with nearly half a million Telegram followers was particularly interesting. Soledar is directly northeast of Bakhmut.

Breakthrough to Kherson. This is where the eyes of all analysts are now directed. We climbed for 2 days near Soledar. Yes, the place is not hype, but it is important for understanding the overall picture on the front.

The Armed Forces of Ukraine recently made a rotation of personnel. Motivated fighters entered the position. If earlier we talked about retention groups consisting of poorly trained reservists. Now they have been replaced by a new set, equipped with NATO weapons.

The new shift switched to the tactics of aggressive defense. Small groups are not afraid to come close to our positions and try to take individual points in a hurry. We walked around familiar places. If earlier they went there during the day, now they move exclusively at night.

[Ukrainian] Armed forces are increasingly using wing-type UAVs. Shooting them down is more difficult, and they fly farther and longer than the Mavics. The number of attacks on our positions has increased markedly. The lack of shells in this sector of the front of the Armed Forces of Ukraine has been overcome, and they can work on a single target from 155mm guns.

In addition, I note the counter-battery fight. The new shift brought radars with them, which seriously spoils the nerves of our gunners. In a word, the approach of Ukrainian fresh forces is felt along the entire front line. Shabby connections are brought to the rear. There they will be reinforced, reequipped with NATO equipment and prepared for new attacks. It is important not to underestimate this moment.

Understand the context: Despite flooding Kherson with freshly trained and equipped forces, Ukraine also did the same on the Donbas front, finally relieving ragged Territorial Defense Forces that held the line for months against impossible odds, outmanned and outgunned. Thanks to their heroic defense, and Russia’s inability to breach those lines, Ukraine was able to properly train its reserves, and Russia doesn’t just face better-equipped and trained forces, but more “aggressive” forces, as well. As one comment to that update put it, “It turns out, we could not squeeze out their weak reservists and their untrained, and only now their super pros came? What now?”

Meanwhile, Russian Telegram was on fire last night reporting a Ukrainian offensive toward the Russian border.

The Kharkov front came to life. Even in Belgorod, cononade is heard. According to information from comrades, active work is underway on the rear and the accumulation of manpower at the forefront. APU maneuver.

“APU” is Ukrainian armed forces. Telegram has a translator, hence the clunky language. But the gist is clear.

On the Kharkov front, just tin is going on right now! Everything that is now flies towards Kharkov! Doomsday is no different! I saw this only on February 24 here.

Powerful. 🔥 Not only near Belgorod. Arta is hammering along the entire length of the Kharkov front. I don’t know the intention, but it looks extremely epic. The guys report that the swatting of the Ukrainian Nazis goes from Grayvoron to Izyum.

Along the Kharkov front and the night cannonade, which was heard even in Belgorod. Last night, our aerial reconnaissance, as well as intelligence data, revealed the alignment of small columns of armored vehicles of Ukrainian war criminals in the direction of Udy, Kazachya Lopan, Liptsy, Balakleya. At night, the Armed Forces of Ukraine began to move and immediately came under a massive preemptive strike by the Russian army. From the territory of the Belgorod region, strikes were made by the Iskander OTRK, MLRS, cannon artillery, aviation was working. Ukrainian Nazis suffered losses in manpower (about 50 people) and equipment. The advance of the APU was stopped.

Now this channel, with nearly 60,000 subscribers, isn’t particularly large, and this morning it had some fanfic about a supposed failed Ukrainian amphibious assault at Enerhodar, where the Zaporizhzhia nuclear power plant is hosting International Atomic Energy Agency inspectors today. So don’t assign any credibility to their claims. But it does seem as if something happened around Kharkiv last night, and the Russian side is particularly jumpy. A more aggressive, better-equipped Ukrainian side has seemingly reinforced the entire front and, in addition to the Kherson push, is more aggressively shelling the Russian side along the entire line of contact.

Meanwhile, Kherson remains in an information blackout. Russian sources are funny. Here is a play in three parts by one of the most notorious Russian propagandists on Twitter:

It’s fake! It failed! Russia is going to take back the lost territory!

Anyway, I’m not going to try and make sense of specific territorial gains and losses. Claims are all over the place, and the situation is fluid regardless. All we can do is hope that when the fog of war lifts, Ukraine is in a better place than when it started.

My favorite part about Russian war claims is how little they bother to make it sound realistic.

In addition to the ongoing massacre taking place near Kherson, another platoon of M-777 howitzers has been destroyed, 44 HIMARS rockets intercepted, and 2 US-made HARMS missiles intercepted in another futile attack on the Antonovsky bridge.

Meanwhile, here’s a thread of endless hits on Antonovsky by HIMARS the past few days, and Russia is relegated to using barges to cross the river. And here’s a picture of the bridge with 16 holes (which also demonstrates HIMARS’ accuracy):

That was three days ago, and the bridge is still getting pounded, and satellite imagery confirms that Russia isn’t even trying to repair it anymore.

Should I reveal news that might shock my brothers?

After Ravens fall apart again in 23-20 loss to Bills, home misery goes from bad to worse – The Mercury News