MAGGIE PAGANO: For far too long apprenticeships have been seen as second fiddle to degrees – we must end this stigma

By Maggie Pagano For The Daily Mail

Back in May 2001, then prime minister Tony Blair gave one of his most famous speeches when launching Labour’s education manifesto at the University of Southampton.

In the speech Blair came up with his education mantra: ‘Our top priority was, is and always will be education, education, education. To overcome decades of neglect and make Britain a learning society, developing the talents and raising the ambitions of all our young people.’

One of those young people listening must have been his own son, Euan Blair, then 17, who clearly took his father’s words to heart. For the young Blair has been given the go-ahead to pioneer a new way of awarding degrees with no need to go anywhere near a university or college. Or pay their huge fees. 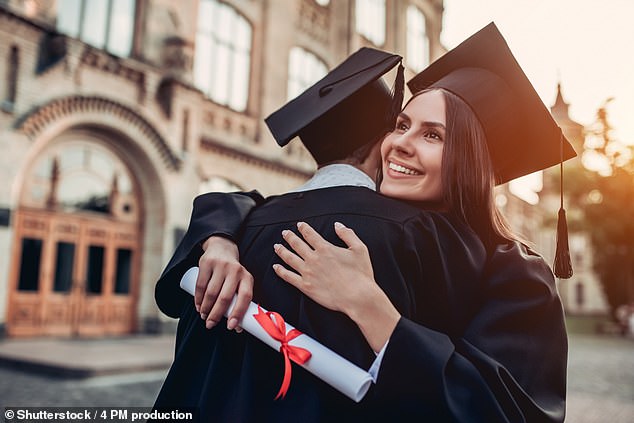 The way forward: Multiverse has been given approval by the Office for Students to award degrees up to BSc level in subjects ranging from engineering to technology

Euan’s company, Multiverse, has just become the first ever apprenticeship provider which will be able to grant a licence to award degrees while apprentices are working.

The firm, which he set up six years ago, already works with more than 8,000 apprentices but has now been given approval by the Office for Students to award degrees up to BSc level in subjects ranging from engineering to technology.

The first group of apprentices, expected to number around 300, will start enrolling this month and are likely to be working for a range of companies including Rolls-Royce, Travis Perkins and Trainline.

Hats off to young Blair. It’s a brilliant idea which will hopefully pave the way for thousands more young apprentices to train on the job. Employers will love it too.

Perhaps more importantly, his high profile can only help take some of the stigma away from being an apprentice and help raise awareness of how such schemes work.

For far too long apprenticeships have been seen as second fiddle to degrees and have been shunned by parents and teachers alike, often because so many simply don’t understand how the schemes work. If any one can change that, it might just be Blair junior.

If he gets more media spin and fanfare surrounding the launch of the degrees because he is the son of a former prime minister, then that can only be good too. Anything that enhances this sensible, alternative way of learning should be encouraged. After all, the word apprentice comes from the Latin apprehendere, meaning to learn.

The real secret to a great chief executive – and what investors want to see – is that he or she leaves the company stronger than when they arrived as equities are such a long-term investment.

That looks to be the case at Shell which is going to replace Ben van Beurden with an internal candidate, a move which confirms another positive trend: the rise in the appointment of internal executives to the top job.

This also suggests that boards are taking more care in growing their own talent, and in succession planning. Research shows that in 70 per cent of the cases where FTSE100 chiefs have left, 46 per cent have been replaced by internal candidates – compared to 40 per cent a few years ago.

Luring rivals away from big global companies used to be one of the defences given by boards for paying such fat pay packages to poach new chiefs.

We have yet to see whether that reason still holds now that boards are nurturing more of their own talent in-house. The trend for top executives to work longer with their companies is also on the rise: 15 per cent of FTSE100 bosses have worked at their companies for their entire careers, nearly double the number of seven years ago. Van Beurden, for example, spent nearly 40 years with Shell.

So fears that chief executives are all egregious, capricious creatures, on the move for higher pay, are not borne out by the facts despite many recent departures.

Russ Mould, investment director of AJ Bell, has done some data crunching: while the number of chief-executive exits looks high, it is below the average of the past two decades. Instead, we are seeing a spike which happens when times get tough – as seen in 2000, 2007 and 2020.

It’s understandable that some of these exits – such as that of Reckitt’s Laxman Narasimhan – are a delayed reaction to lockdown. It was a difficult time but must have been exhausting for those running huge global businesses and being responsible for thousands of employees. Even chief executives are human.