Homesick Australian tennis firebrand Nick Kyrgios has posted a touching public letter to his mother ahead of his third round US Open clash against American JJ Wolf today.

After reaching the final of Wimbledon and defeating Japan’s Yoshihito Nishioka at Washington for his first ATP title in three years, Kyrgios has come into the US Open with high expectations placed on him.

The usual Kyrgios antics have been present, with the polarising star telling a chair umpire he could smell a spectator smoking marijuana and receiving a record fine for spitting toward his own supporters box. 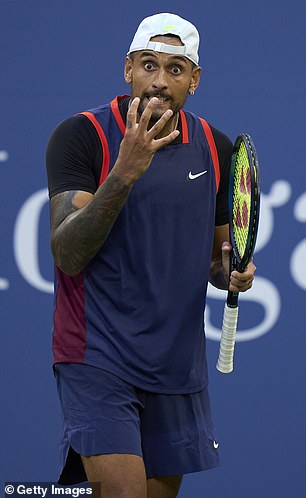 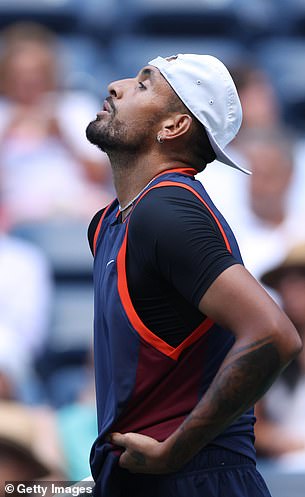 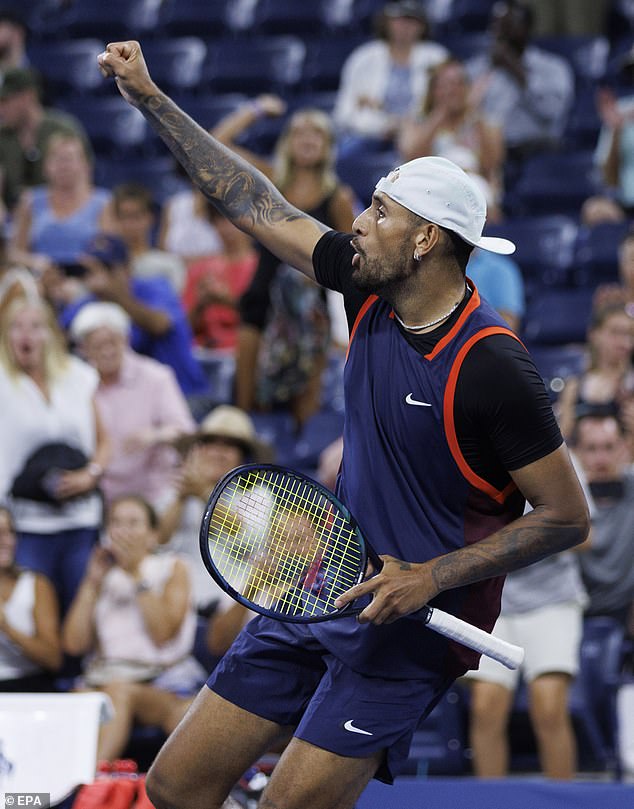 Behind the scenes, though, Kyrgios has been battling to come to terms with the ill health of his mother Norlaila who can no longer travel to cheer on her son.

Kyrgios will play Wolf at 10.15am AEST today, but before he warms up for that clash he took the time to post a message to his mother on Instagram for her birthday.

‘I can’t tell you how hard it is for me to continue to travel and compete knowing I miss out on days like this.

‘I know I haven’t always been the easiest to deal with and I know I’ve stressed you out.

‘I really miss you, I know you are dealing with so many things but I just want you to know that I don’t know anyone stronger than you. I hope I’m making you proud, u & dad….’. 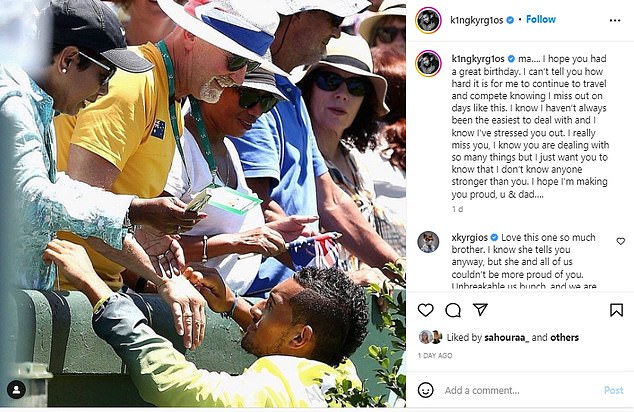 Kyrgios brother Christos commented on the post expressing how proud she was of her son.

‘Love this one so much brother,’ he said in reply to Kyrgios’s post.

‘I know she tells you anyway, but she and all of us couldn’t be more proud of you.

‘Unbreakable us bunch, and we are always with each other. Everyone is so proud of you! Let’s go unc!’ 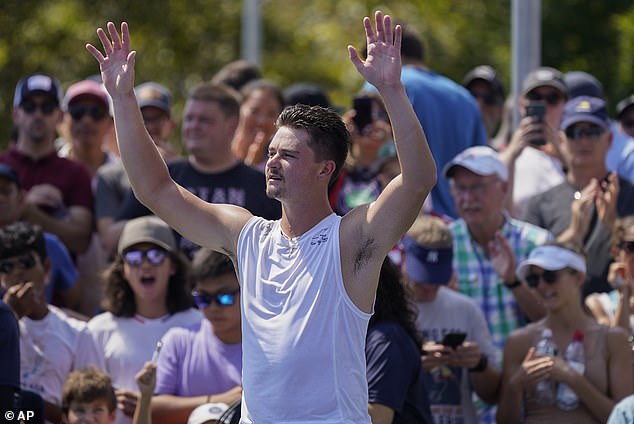 JJ Wolf reacts after defeating Roberto Bautista Agut, of Spain at the US Open championships

Adding to the emotion and drama of the US Open, Kyrgios was drawn to play his best mate and doubles partner Thanasi Kokkinakis in the first round where Kyrgios claimed a 6-3, 6-4, 7-6 (4) victory.

He then fired 30 aces past French 23rd seed Benjamin Bonzi to claim a tough win in four sets to reach the third round showdown against the local hope Wolf.

The young American is currently ranked No. 87 and entered the Open as a wildcard, but used his big shots and booming serve to send 16th seeded Roberto Bautista Agut packing in straight sets.