Serena Williams’ husband and co-founder of Reddit, Alexis Ohanian was on hand in Serena Williams’ corner in what could be her final tennis match, and he wore a t-shirt with a wonderful photo of their five-year-old daughter on at the US Open.

He was pictured rocking a beautiful tribute to his daughter, Olympia, who has not been present at the US Open since opening night on Monday.

Olympia, officially named Alexis Olympia Ohanian Jr., turned five on Thursday and stole the show during her appearance at her mom’s win over Danka Kovinic.

Williams is currently engaged in a tense showdown with Australia’s Ajla Tomljanovic, who won the opening set against the American, 7-5.

Tomljanovic fought back from 4-0 down in the second set, in which Williams almost capitulated, before the 23-time grand slam singles winner leveled the ledger at one set each.

The picture of five-year-old Olympia Ohanian was taken on Monday night when Olympia was in her mom’s box as she cheered on in a matching diamond-encrusted outfit. 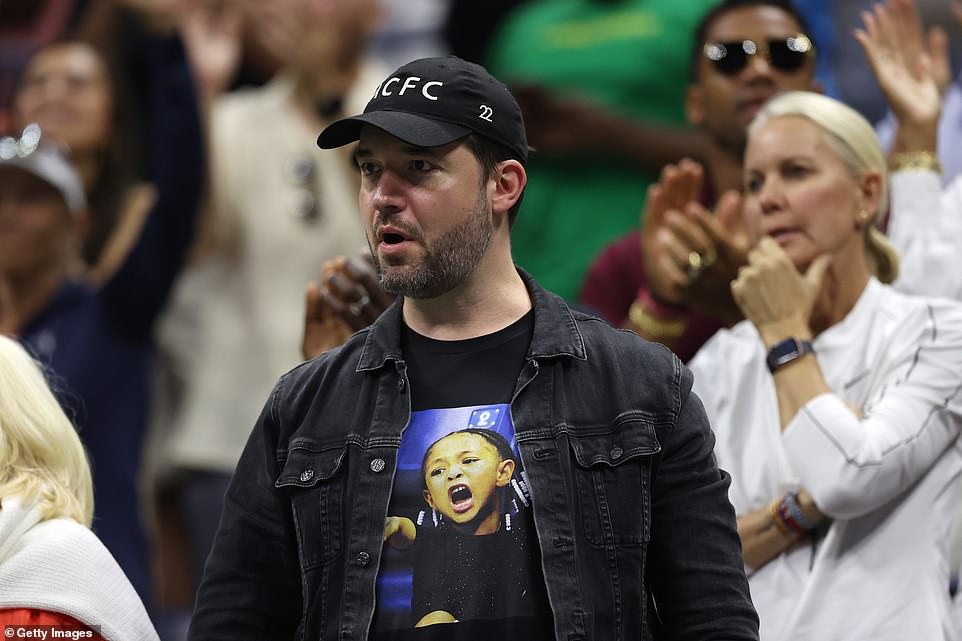 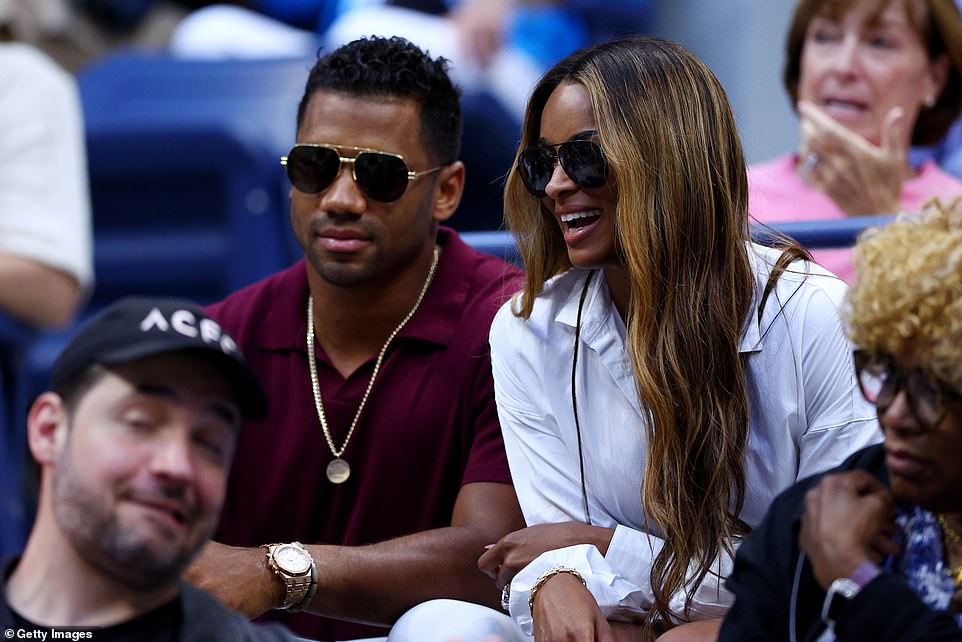 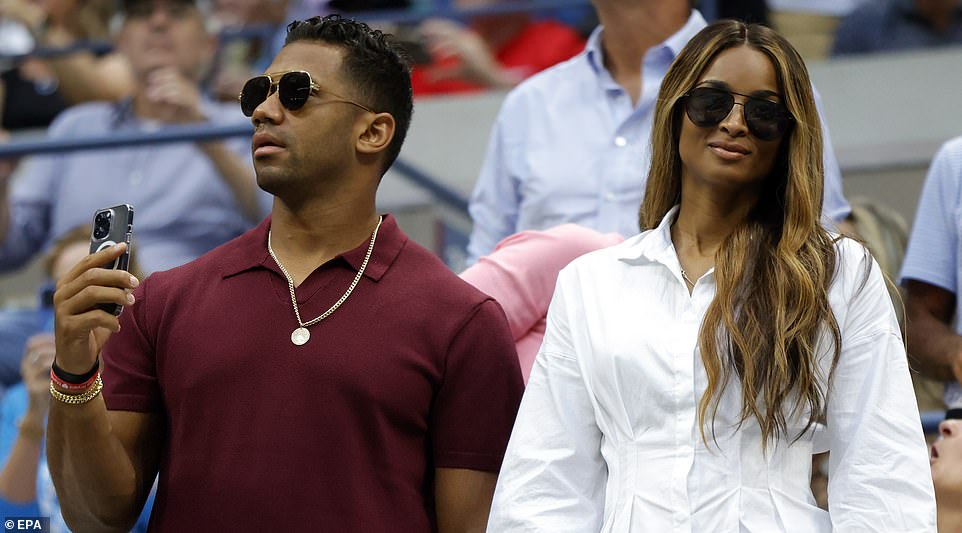 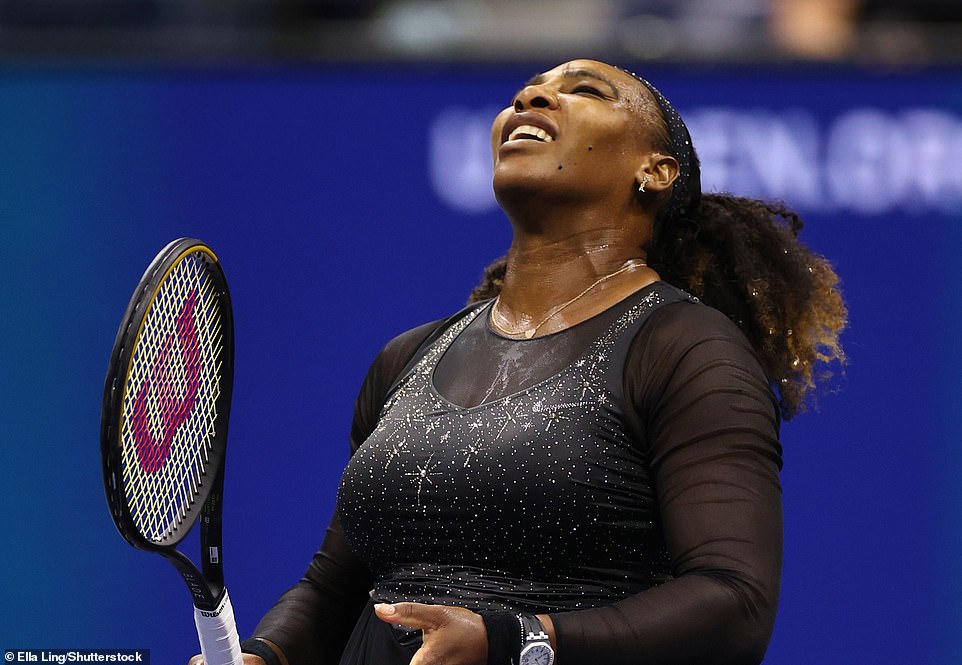 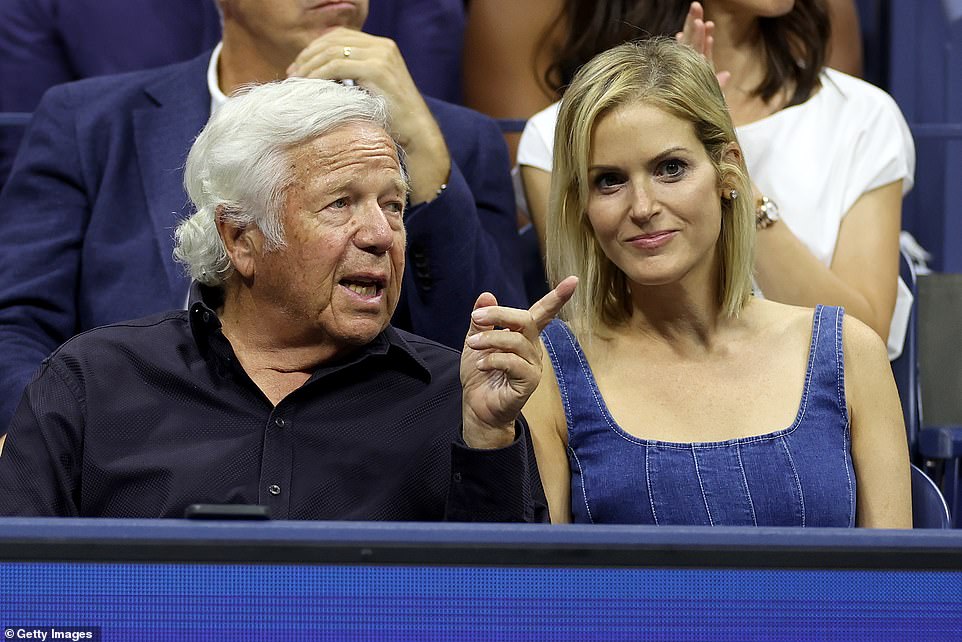 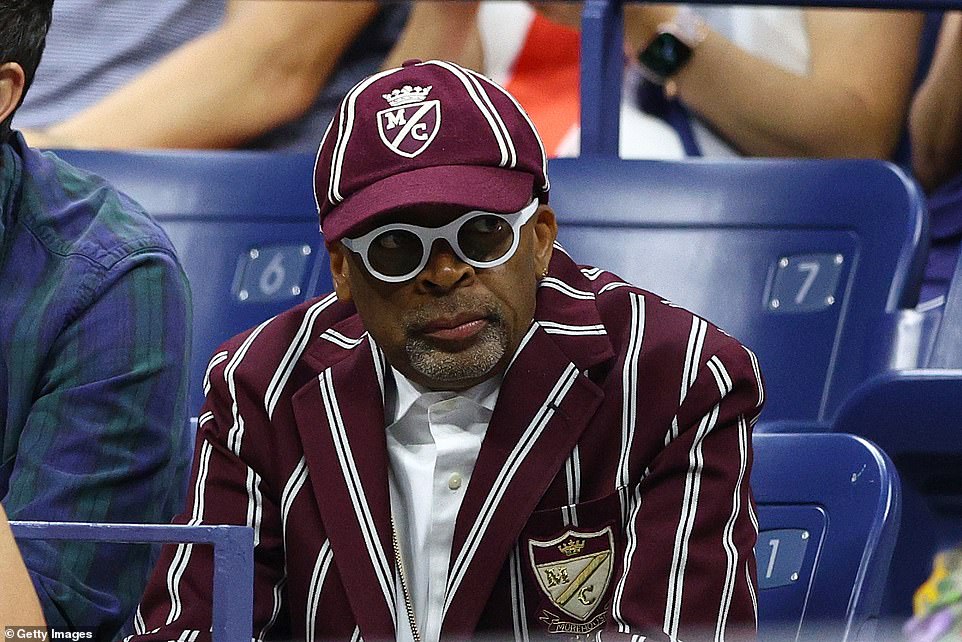 Spike Lee was seen rocking a blazer only he could, and has been a constant presence at Williams’ matches this tournament 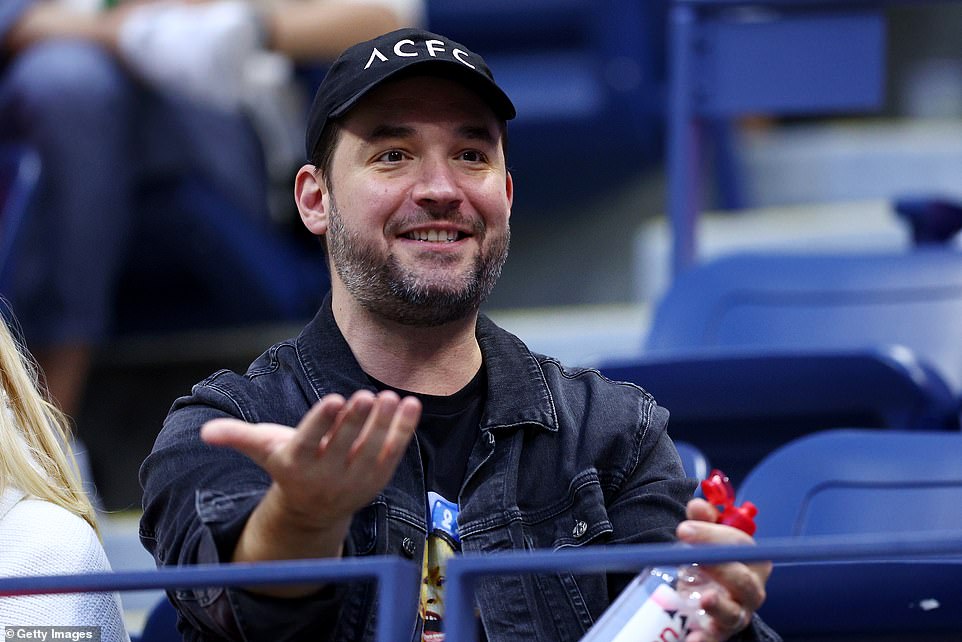 Williams’ husband, Alexis Ohanian, was on hand to support the tennis matriarch, with his shirt receiving universal acclaim

Wilson, Ciara and Ohanian were all in Williams’ player’s box alongside her sister Venus and mother, Oracene Price.

Tiger Woods and Anna Wintour were among a star-littered crowd for Serena Williams’ second-round match at the US Open Wednesday against Estonia’s Anett Kontaveit.

Actress Zendaya was also on hand during the defeat of Kontaveit, spotted in the stands of Arthur Ashe for the first time this tournament. 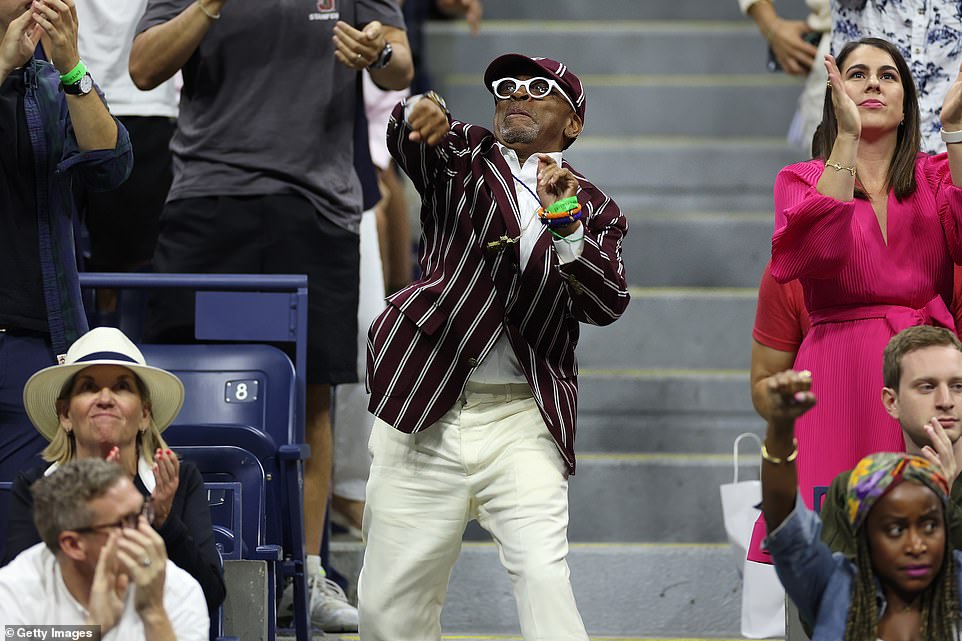 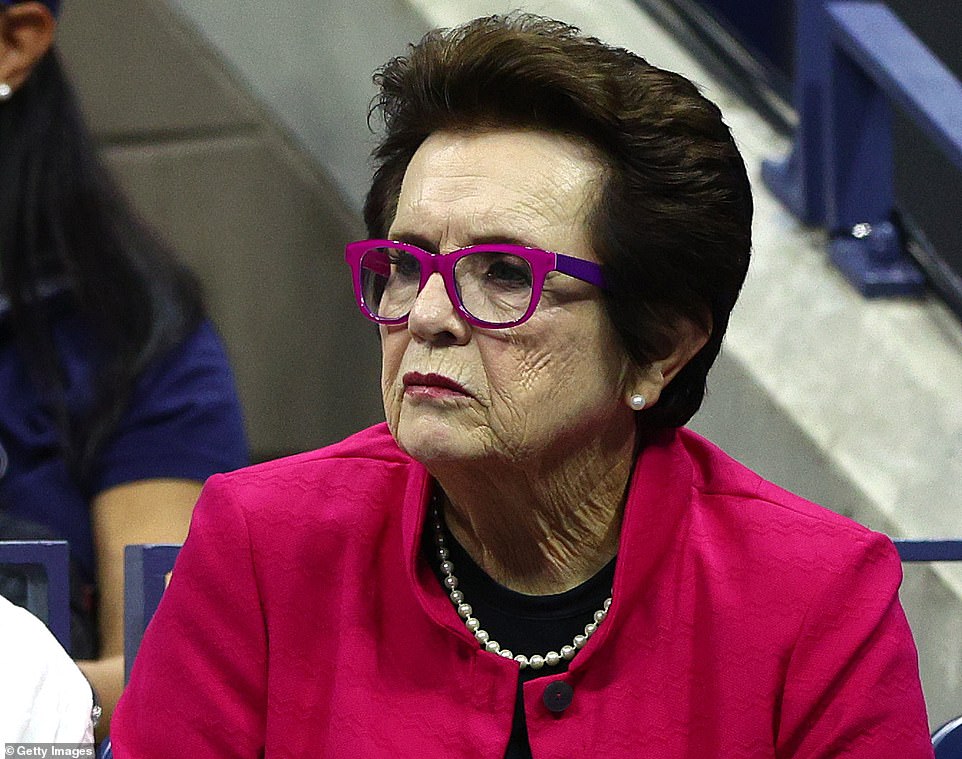 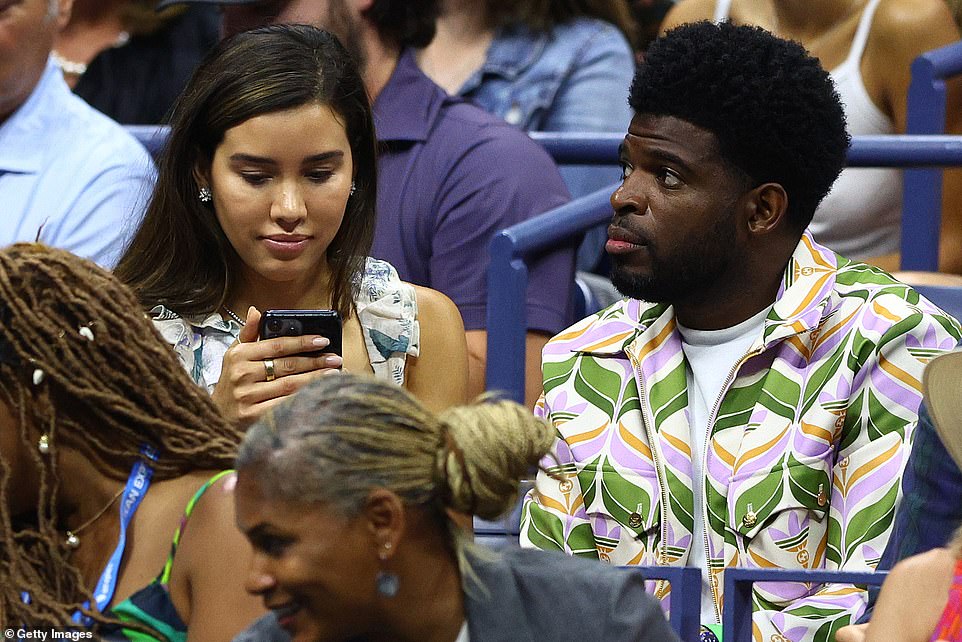 P.K. Subban (right) is currently an unrestricted NHL free agent, having most recently been a member of the New Jersey Devils 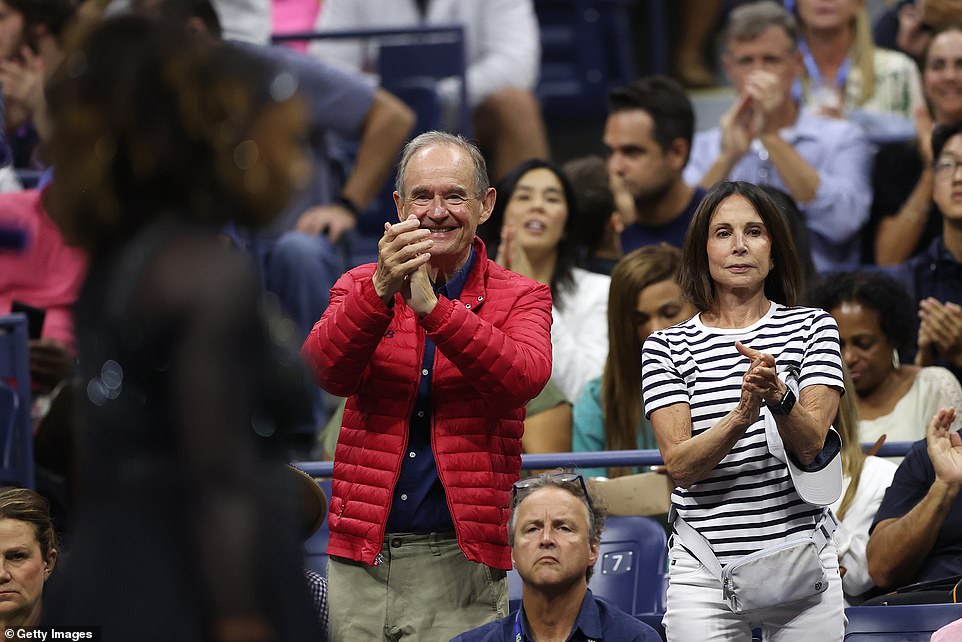 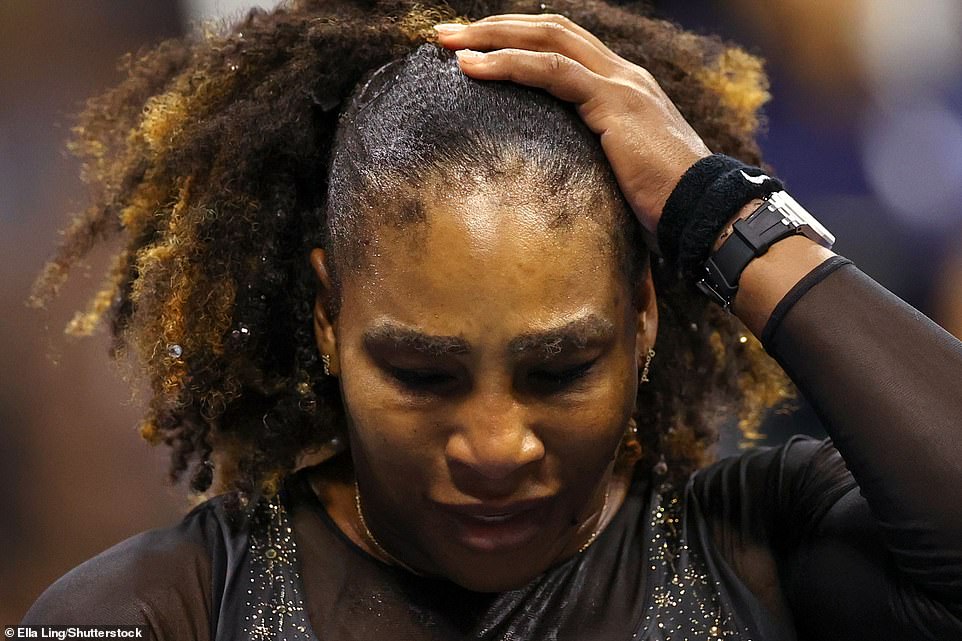 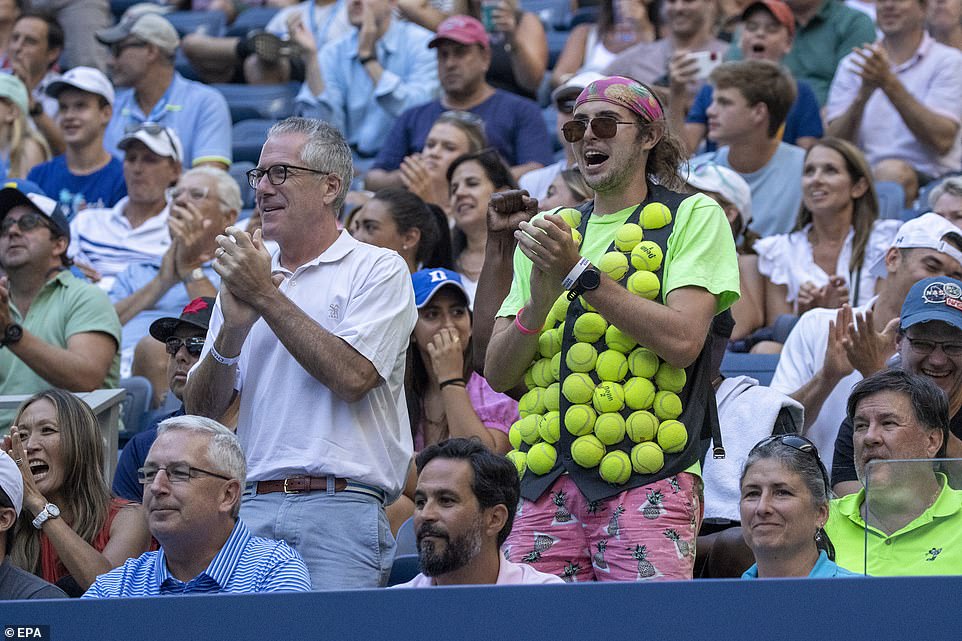 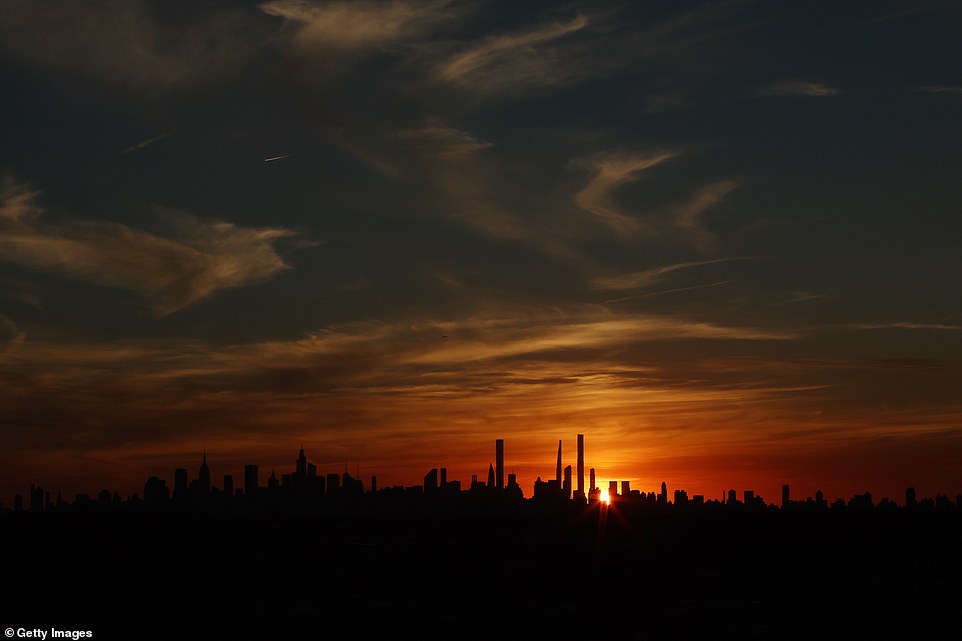 New York’s skyline also stood out on day five of the US Open, providing a wonderful backdrop to the on-court histrionics

Zendaya, who enjoys global fame as part of the Marvel Cinematic Universe, had brought her mother Claire Stoermer and assistant Darnell Appling with her.

Model Gigi Hadid was joined by sister and fellow model Bella, who had also been among the star-studded crowd for Williams’ opening triumph.

English crooner Seal, who famously used to be married to Heidi Klum, was another one of the wide variety of celebs glimpsed in the stands. 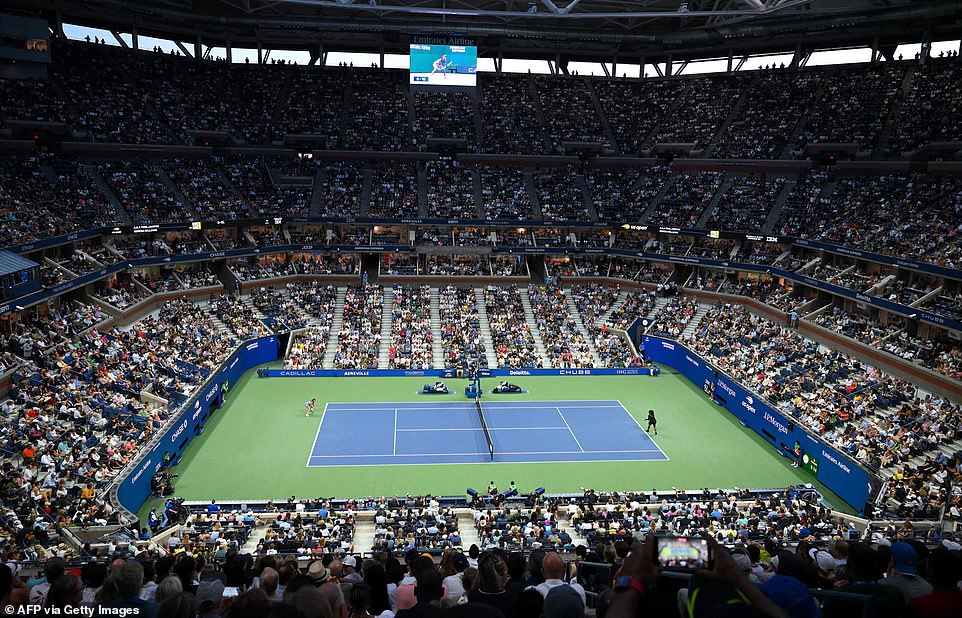 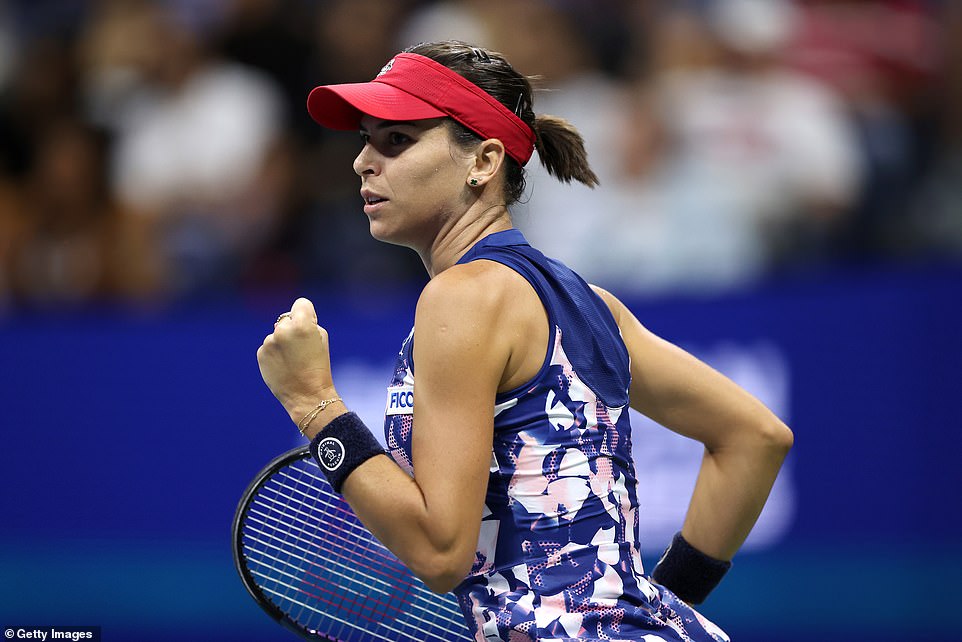 The Australian took the first set 7-5, before forcing a second set tiebreaker, illustrating her mettle amidst the partisan crowd 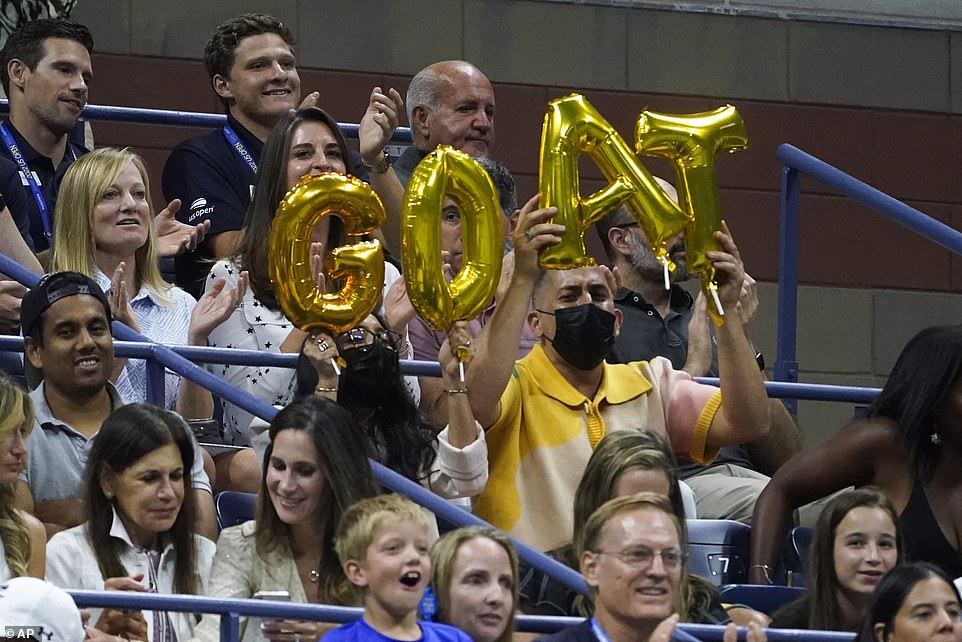 Fans showed their adoration for the Compton native throughout, raising the noise when Williams triumphed or indeed failed 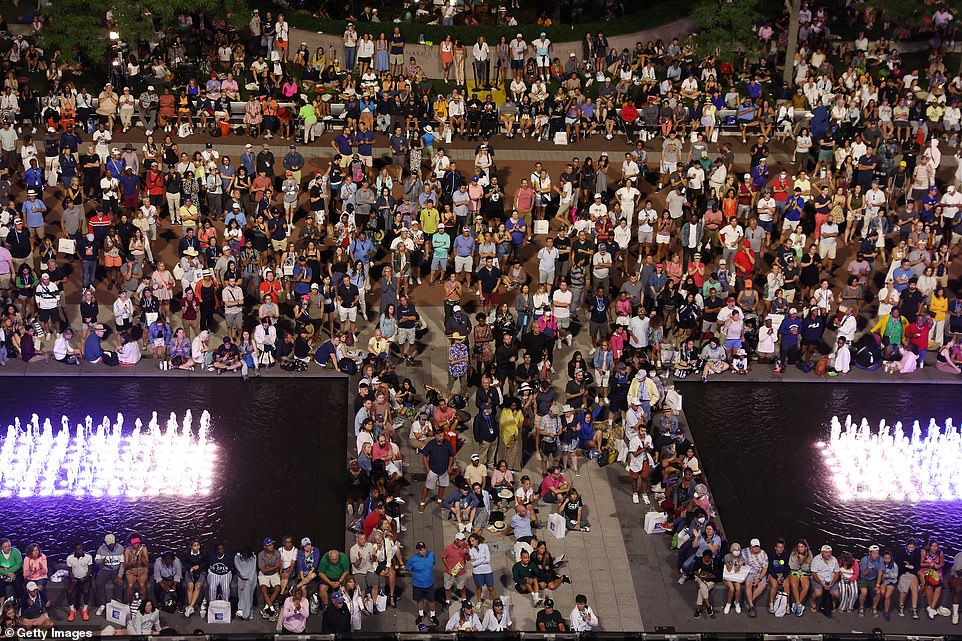 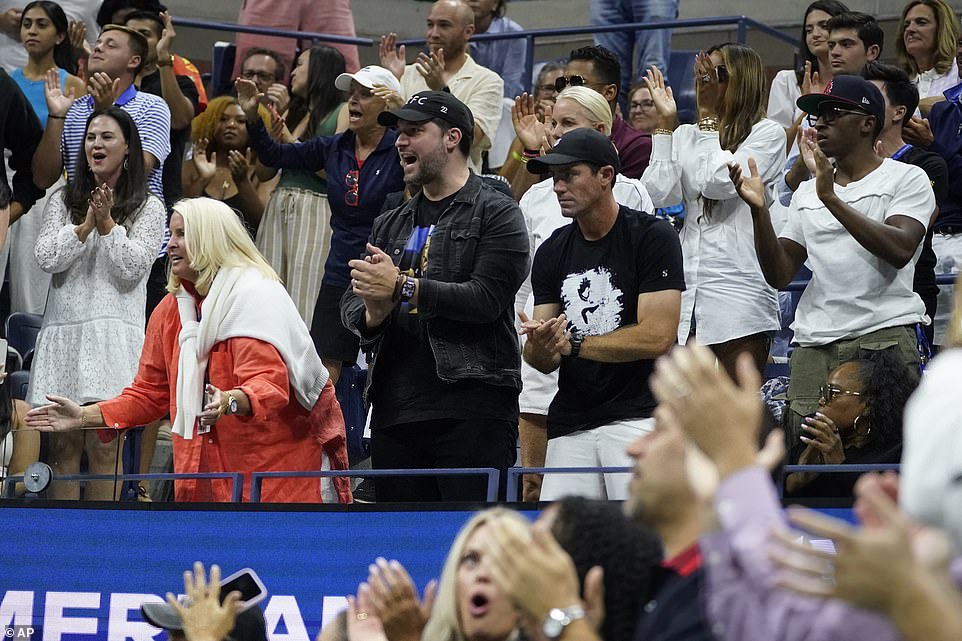 Williams’ player’s box including her husband, Ohanian, Wilson and Ciara and sister Venus Williams rise to their feet in unison 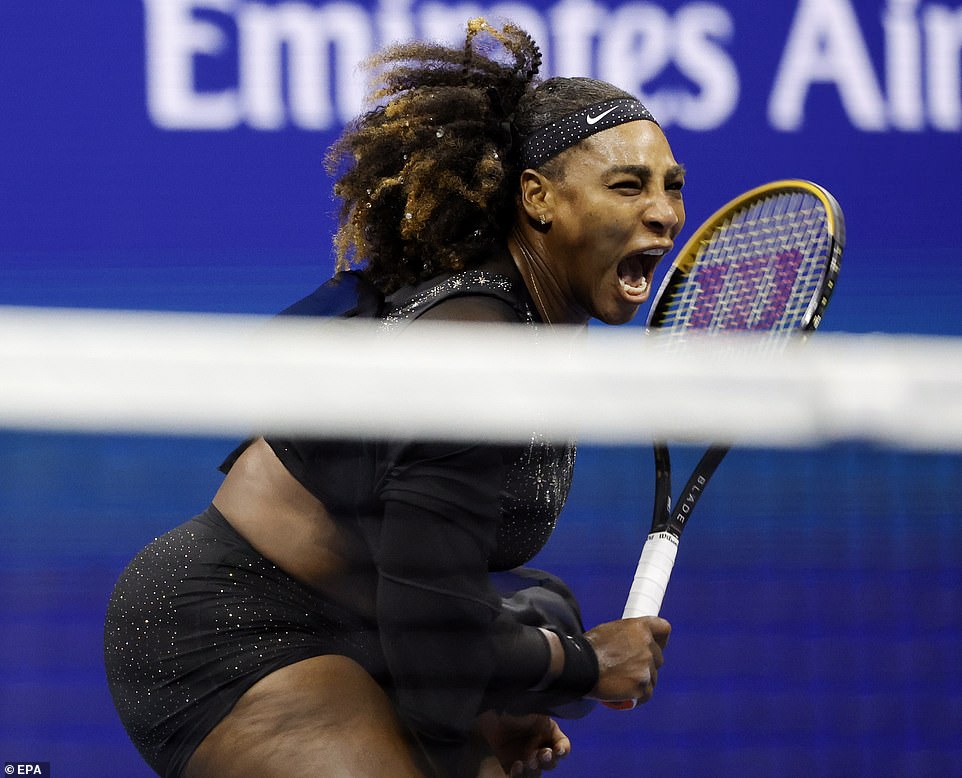 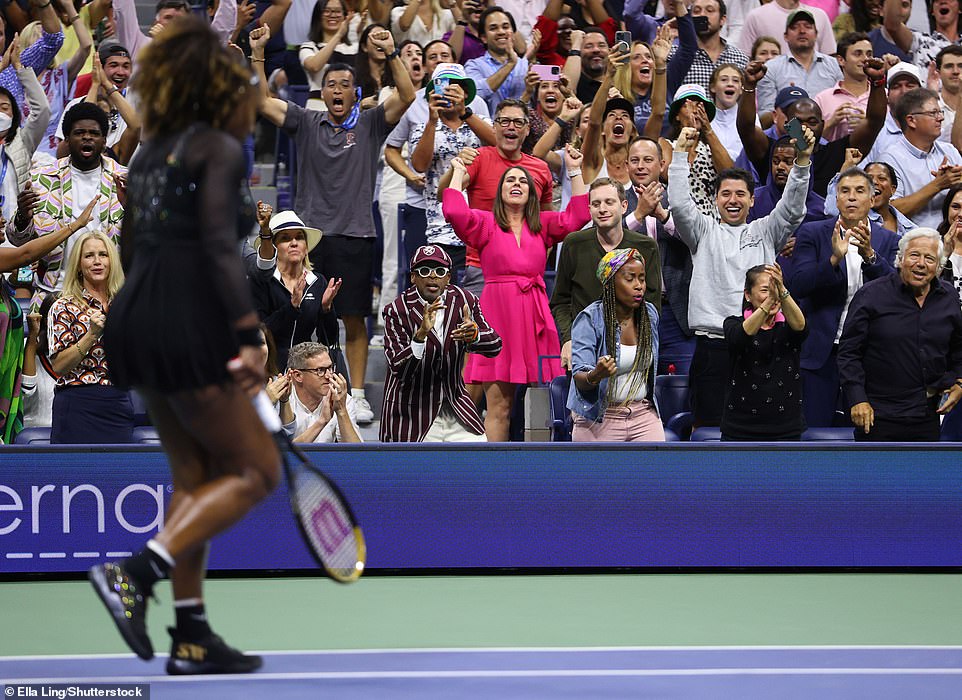 Unsurprisingly, the 23-time grand slam singles champion had almost all of Arthur Ashe in her corner during the blockbuster