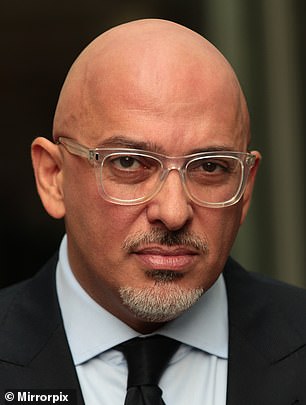 Russia’s banks made a combined loss of nearly £22billion in the first half of the year as sanctions cut them off from much of the international financial system.

The figure was disclosed by Dmitry Tulin, deputy chairman of the country’s central bank, in an interview with Russian business newspaper RBC.

It was the first time banking sector earnings have been made public by the regulator since Vladimir Putin’s troops invaded Ukraine in February.

Tulin’s comments came as G7 countries including the UK agreed to put in place a cap on Russia’s income from oil sales.

Western countries have imposed a range of sanctions including freezing the assets of Putin’s cronies, kicking Russian lenders out of the global cross-border payment system Swift, and restricting trade.

Many multinational companies have also been pulling out of the country. But Europe remains heavily reliant on Russian gas – allowing the Kremlin to cash in as prices soar. The rouble, after crashing immediately after the war, has recovered strongly.

Tulin’s comments gave the first clue about how Russian banks were coping.

He said that three-quarters were profitable in the first half, to the tune of £5.7billion in total, while the rest racked up combined losses of £27.2billion.

Small and medium banks suffered less, Tulin said, as they did not fall under sanctions and were less involved in international financial markets.

He added that two-fifths of the country’s biggest banks posted losses, without naming any of them.

The central bank does not expect a repeat of the 2014-17 crisis, when it had to bail out several lenders and stripped banking licences from hundreds of banks that did not hold enough capital, Tulin said.

Russia’s isolation had not had such a sharply detrimental impact as might be expected, he added, but the negative effect might take time.

Britain’s Chancellor Nadhim Zahawi said sanctions had already pushed Russia into a deep recession and new measures, including G7 cap, would go further. ‘We are united against this barbaric aggression and will do all we can to support Ukraine,’ he said.

The rouble, which plunged in value to hit more than 120 roubles versus the dollar in March, was holding steady at around 60 roubles against the US currency yesterday.