Michael Clarke was accused of ‘knowing nothing about rugby league’ as he and veteran journalist Phil Rothfield were involved in a heated radio spat over referee Ashley Klein’s handling of a brutal clash between the Sydney Roosters and the South Sydney.

The Rabbitohs beat their arch-rivals 30-14 in an explosive elimination final at Allianz Stadium on Sunday that featured a record seven sin-bins, several high tackles and saw five players sent for a Head Injury Assessment – of which three failed. 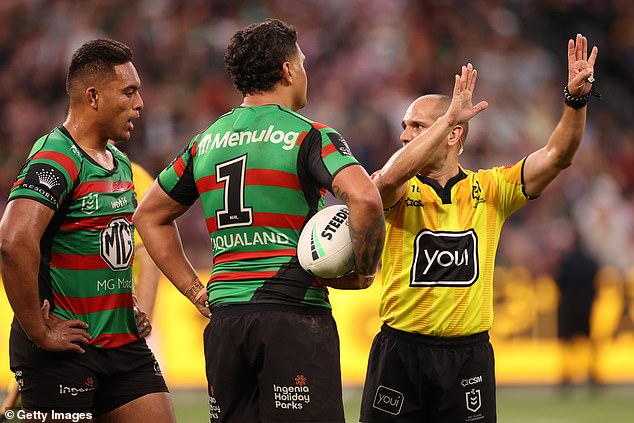 Speaking on the Big Sports Breakfast on Sky Sports Radio on Monday morning, however, Clarke criticised Klein’s handling of the game.

The former Australian cricket captain said he felt he was watching an ‘under 10s’ game, because of how Klein officiated the clash at Allianz Stadium.

‘I feel like it’s under 10s. Yeah there were some head highs, I agree with that Buzz [Rothfield] But please, it’s not touch footy give me a break.’

Clarke, who co-hosts the Big Sports Breakfast with former New South Wales legend Laurie Daley, then went on to argue Klein should have ‘set a standard at the start of the game’. 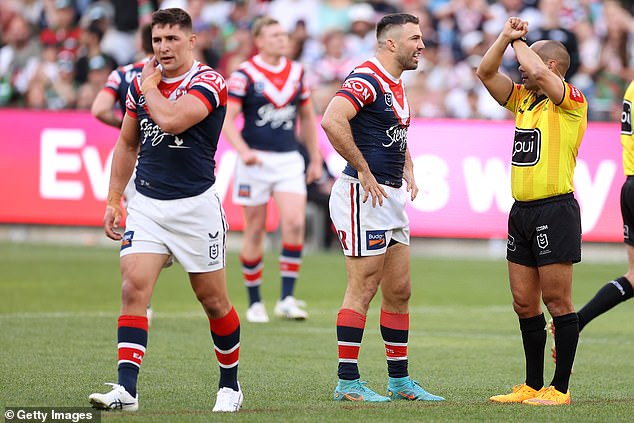 Rothfield argued that the referee had in fact tried to set his stall out early doors,  when he sin-binned Roosters firebrand Victor Radley just four minutes into the contest.

See also  What are we rooting for with the Giants this season?

However, he noted players were no longer afraid of being yellow carded, because the NRL has ‘the world’s softest judiciary’ and were prepared to push the boundaries as far as they could.

‘Players will risk going to the sin bin, but they know they’ll be fine and they won’t get a decent suspension like what used to happen in the old days,’ he said.

‘Until players start getting suspended for their actions, nothing will change. The sin bin doesn’t work anymore.’ 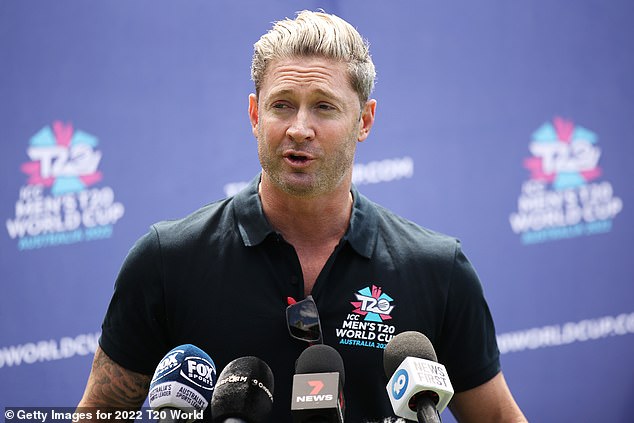 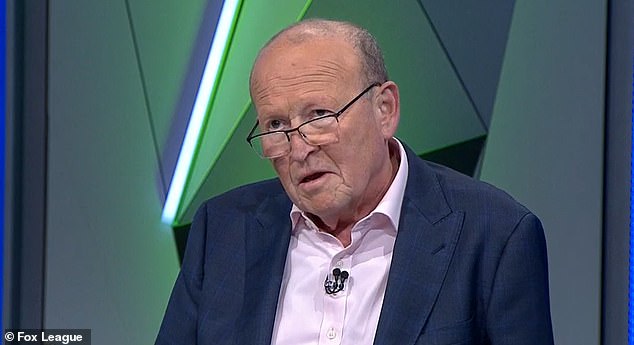 Clarke suggested there should have been no more than three sin-bins in the game, prompting Rothfield to ask whether he had watched the game at all.

‘Mate, it’s the NRL. It’s at the highest level. That’s the sport.

‘It’s like you know what? Don’t bowl bouncers in cricket. Because if it hits you in the head it hurts […] you have to pitch the ball up only. That’s what we’re trying to create in rugby league. […] The refereeing was rubbish.’

Clarke then argued Burgess should have been sent off for his high-tackle on James Tedesco, which resulted in the Roosters skipper failing a HIA. 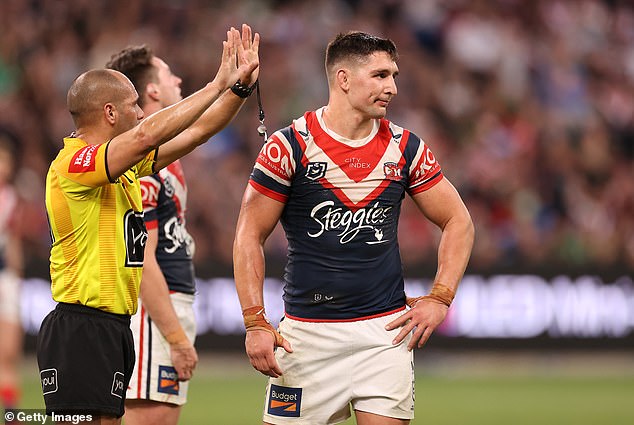 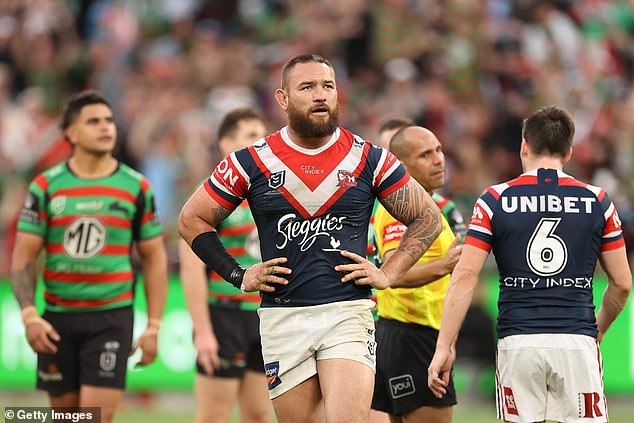 Burgess was charged with a Grade 2 High Tackle Careless offence for the incident. He faces up faces up to three weeks out if he chooses to contest the charges, or a two-game ban with an early guilty plea.

The England international will, at a minimum, be banned for the Bunnies’ semi-final with Cronulla on Saturday and for the preliminary final against Penrith, should Souths make it that far.

‘If that’s not inconsistency right in front of you I don’t know what is,’ Clarke said, suggesting Klein should have sent Burgess off.

Rothfield quickly interjected: ‘If you knew more about rugby league, right. You know nothing about it.’ 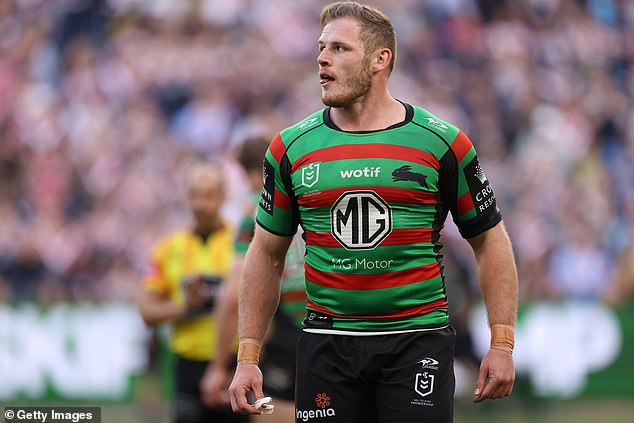 The discussion got progressively more heated and Clarke fired back at the veteran Daily Telegraph journalist.

‘You know everything because you played 100 Test matches? Continue,’ he said.

Rothfield then added the clash at Allianz Stadium was ‘a shocking advertisement’ for rugby league, absolving Klein of any responsibility as ‘he would not have sent one of those guys off to the sin bin, without backing from the bunker.’