But as palm oil is used in a huge range of products, from margarine to soap and shampoo, rising prices suggest more bad news for consumers. 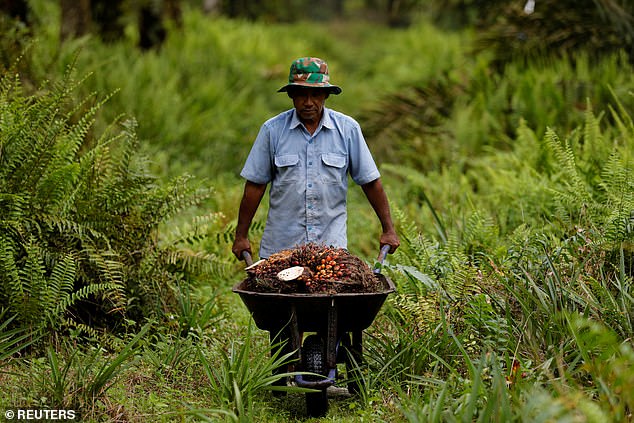 Average palm oil prices, including transportation and insurance, reached a record high of almost $2,000 per tonne in early March, shortly after Russia’s invasion of Ukraine.

But prices had already been rising to nearly $1,500 before the war due to production problems in Malaysia, which together with Indonesia are the world’s top producers of palm oil.

Surging palm oil prices will probably eventually feed into higher prices for many goods at supermarkets. The WWF estimates that the vegetable oil is found in almost half of all packaged products in the UK.

However, the current market conditions are good news for MP Evans shareholders, who are in line for a 25 per cent hike in dividend payouts.

The company said that although costs of production increased due to bad weather and higher cost of fertilisers, these were outweighed by surging prices, thereby boosting margins.

It added that the ‘sales environment’ was complicated further by the introduction of a temporary ban on the export of palm oil by the Indonesian government in April and May. 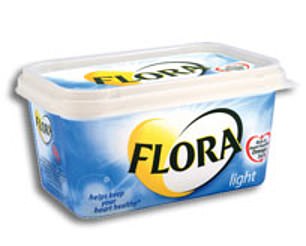 Palm oil is used in a huge range of products, including Flora margarine

In spite of this, it managed to increase revenues by a third to $170.3million in the first half.

In light of the strong performance, the group hiked its interim dividend to 12.5p, from 10p.

MP Evans has already returned $22.1million to shareholders by way of dividends this year, with more rewards coming as it started a share buyback programme in June 2022.

Chairman Peter Hadsley-Chaplin said: ‘The Group has delivered an excellent set of results for the first half of 2022, supported by the high CPO price environment, but once again demonstrating the benefits of the Group’s commitment to long-term responsible management and development of its estates.

‘We are delighted to propose an increase in the interim dividend to 12.5p per share, in line with our progressive dividend policy.’

Palm oil producers have a reputation for destroying rainforests and killing orangutans, although MP Evans prides itself on sustainable production.

MP Evans shares, which are listed on AIM, surged 0.7 per cent to 818p in morning trade on Monday. They are around 4 per cent higher than a year ago.