By City & Finance Reporter for the Daily Mail

Porsche is worth far less than the lofty valuations being touted ahead of its listing on the stock market, analysts have warned.

The German sports car maker, which is owned by Volkswagen (VW) and counts British tennis star Emma Raducanu as a brand ambassador, is planning to float in Frankfurt in the next few weeks.

A valuation of between £53billion and £74billion has been suggested in what would be one of Europe’s biggest stock market listings. 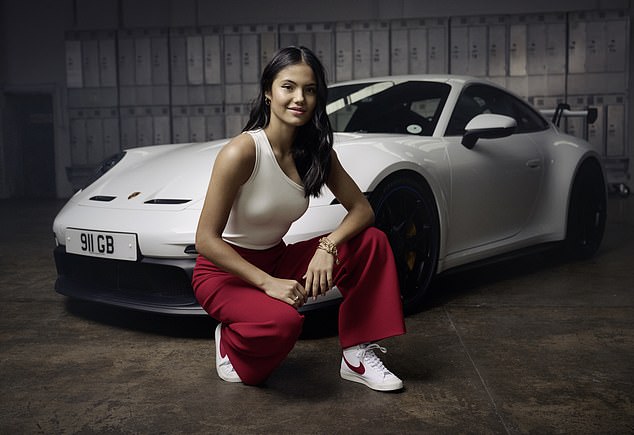 Overvalued: Porsche, which counts British tennis star Emma Raducanu (pictured) as an ambassador, is planning to float in Frankfurt in the next few weeks

But analysts at HSBC said is actually worth between £39billion and £49billion.

VW is planning to list a 12.5 per cent stake in Porsche and says there has been huge interest from investors wanting to take part.

Big battalion institutions will be at the forefront of the listing, but VW is also offering shares to retail investors.