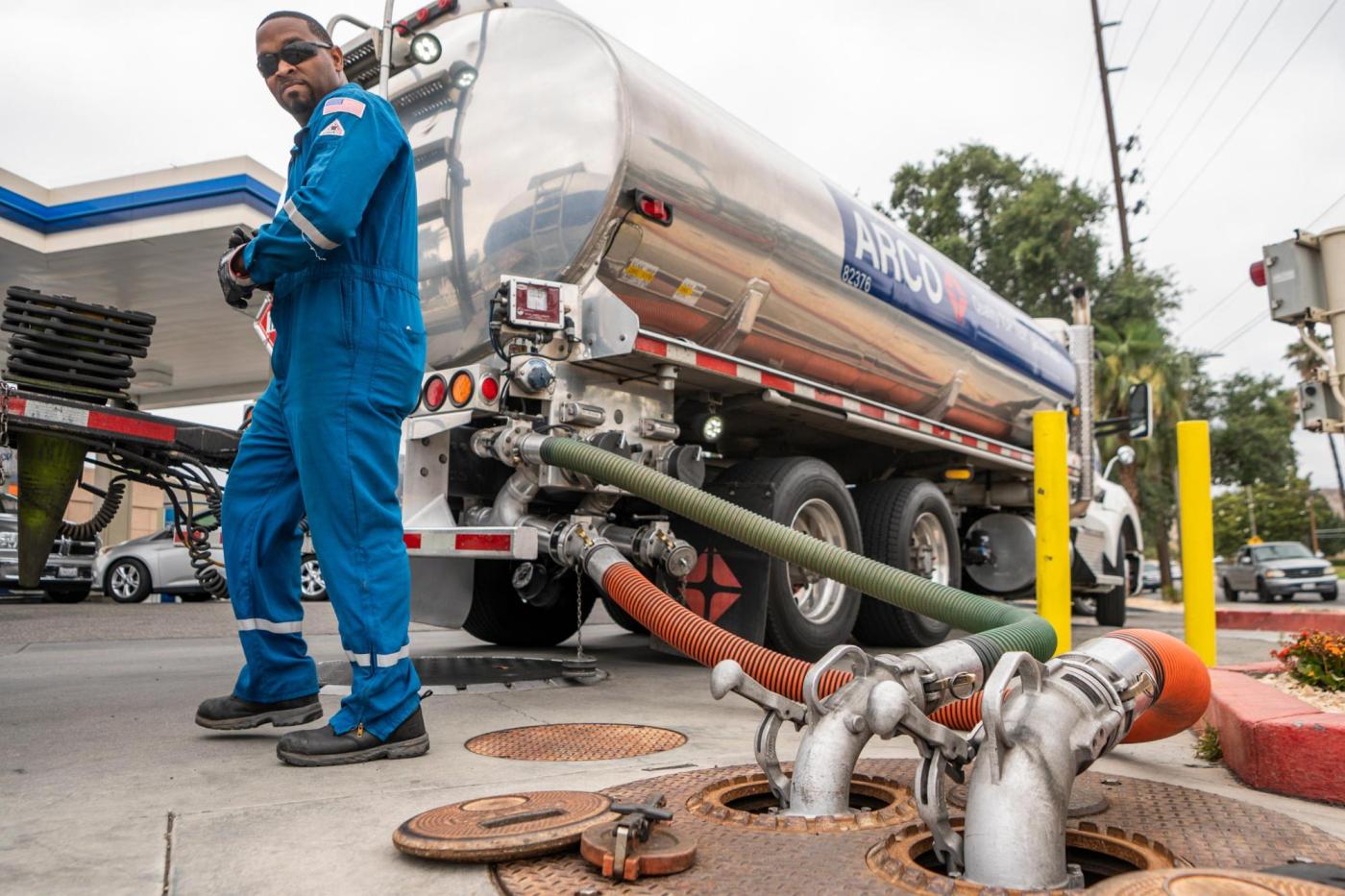 WASHINGTON (AP) — Lower gas costs slowed U.S. inflation for a second straight month in August, but most other prices across the economy kept rising — evidence that inflation remains a heavy burden for American households.

Consumer prices rose 8.3% from a year earlier and 0.1% from July. But the jump in “core” prices, which exclude volatile food and energy costs, was especially worrisome. It outpaced expectations and ignited fear that the Federal Reserve will boost interest rates more aggressively and raise the risk of a recession.

Fueled by high rents, medical care and new cars, core prices leaped 6.3% for the year ending in August and 0.6% from July to August, the government said Tuesday. Furniture and sports gear, among many other items, also got costlier, suggesting that businesses are still raising prices in response to robust consumer demand.

The breadth of the price increases dashed hopes, at least for now, that core inflation would moderate. Economists tend to track core prices for a clearer read on where inflation is headed.

Stock prices sank and bond yields jumped on the worse-than-expected core figures, with many investors fearful that the Fed will tighten credit even more vigorously in its drive to curb inflation. The Dow Jones industrial average tumbled 900 points in mid-day trading.

Further Fed rate hikes could weaken growth so much as to push the economy into a recession. Some economists now expect the Fed to raise its benchmark short-term rate, currently in a range of 2.25% to 2.5%, to 4.5% or higher by early next year. That would make it even harder for the central bank to meet its goal of achieving a “soft landing,” whereby it would tame inflation without causing a recession.

“This was a disappointing report,” said Laura Rosner-Warburton, senior economist at MacroPolicy Perspectives. “It raises the risk of higher interest rates and a hard landing for the economy.”

Chair Jerome Powell is expected to announce another big increase in the Fed’s key rate next week, which will lead to higher costs for consumer and business loans.

Inflation is higher than many Americans have ever experienced, escalating families’ grocery bills, rents and utility costs, among other expenses. It has deepened gloom about the economy despite strong job growth and low unemployment.

Republicans have sought to make inflation a central issue in the midterm congressional elections. They blame President Joe Biden’s $1.9 trillion stimulus package passed last year for much of the increase. Many economists generally agree, though they say that snarled supply chains, sharp pay increases and Russia’s invasion of Ukraine have also been key factors in the inflation surge.

At the same time, the drop in gas prices — for consumers, perhaps the most visible barometer of inflation — could bolster Democrats’ prospects in the midterm elections. It may already have contributed to slightly higher public approval ratings for Biden.

In a statement Tuesday, the president said, “Overall, prices have been essentially flat in our country these last two months. That is welcome news for American families, with more work still to do.”

In his speeches, Biden has generally stopped referring to the impact of inflation on family budgets. He has instead highlighted his administration’s recent legislative accomplishments, including a law enacted last month that’s intended to reduce pharmaceutical prices and fight climate change.

Nationally, the average cost of a gallon of gas has dropped to $3.71, down from just above $5 in mid-June. But grocery prices have continued to rise rapidly, jumping 0.7% from July to August. In the past year, they have soared 13.5% — the biggest 12-month increase since 1979.

Chicken prices have risen nearly 17% in the past year. And egg prices surged 2.9% just in August from July and are up nearly 40% from a year ago.

Worsening food inflation is a particular strain on lower-income families, more of whom have had to turn to food banks and other aid as inflation has worsened. Mary Jane Crouch, executive director of America’s Second Harvest of Coastal Georgia, which works with a network of food banks, said 38% more food was distributed in August compared with July.

Though much of the food is donated, Crouch said her organization buys some of it and has faced sharp increases in meat and dairy prices in the past few months.

And the prices of many other goods are still rising even as supply chain snarls unravel, said Rosner-Warburton, the MacroPolicy economist.

“Companies are still putting through large price increases for those goods, and that’s problematic,” she said. It means the Fed will likely have to work harder to slow consumer spending through higher rates.

Elaine Buckberg, chief economist at General Motors, said Friday that the pandemic disruptions to overseas production of semiconductors, which have slowed auto output, have significantly dissipated and that overall supply chain disruptions have improved about 80% from the worst days of the pandemic.

Yet Americans are still desperate for cars, Buckberg said, which has allowed dealers to keep their markups much higher than pre-pandemic levels. New car prices, which rose 0.8% in August, have climbed nearly 11% in the past year.

“Virtually every vehicle that gets to a dealer has already been sold to someone,” she said.

Ongoing price increases for raw materials — and labor — have left many small businesses struggling. Some are raising their own prices to keep up, only to then lose customers, according to a survey by Goldman Sachs 10,000 Small Business Voices.

Meaghan Thomas, co-owner of Pinch Spice Market in Louisville, Kentucky, an online seller, has avoided raising prices for the past two years but worries that that can’t last if inflation worsens.

The price to ship spices from overseas have quadrupled, she said, and she’s seen little relief so far despite reports that such costs are declining. The cost of spices, which Thomas and her partner grind and blend in a small factory, have jumped by as much as 25% in the past year.

The company’s profit margin has been cut by half, Thomas said, but she and her partner think it’s important to keep their products affordable. She says larger companies have made inflation worse by raising prices unnecessarily.

“We can hang on for a little bit if all these other companies can stop raising their prices,” she said.

Wages are still rising at a strong pace — before adjusting for inflation — which has elevated demand for apartments as more people move out on their own. A shortage of available houses has also forced more people to keep renting, thereby intensifying competition for apartments.

As a result, rental costs jumped 6.7% in August from a year earlier, the most since 1986. Rents change much more slowly than commodity prices like gas. That could mean that apartment prices will keep inflation elevated well into 2023.

Other data from companies like Apartment List, which tracks prices of new apartments and leases, suggests that rental price inflation is starting to decline. But that data takes time to filter into the government’s measure, which tracks all rents.

Rosner-Warburton said it’s not clear if those declines, when they do start to affect the government’s measure, will slow inflation enough for the Fed.

“At this point, we need to see it to believe it,” she said.