Who is Martin Henderson Girlfriend & Did they Just Call it Quits? – Hollywood Life 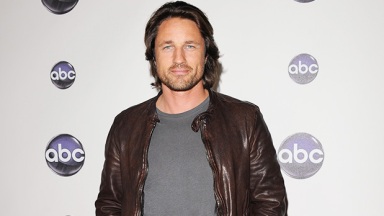 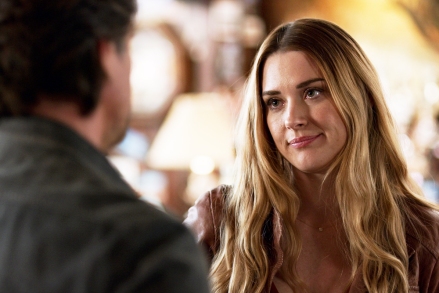 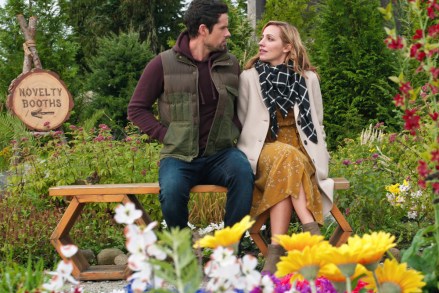 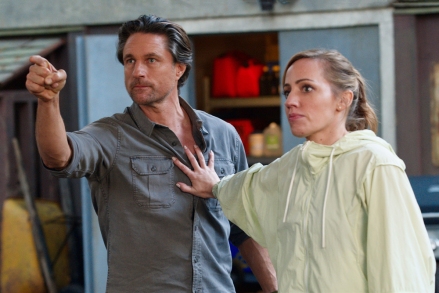 Martin Henderson, 47, is a New Zealand-born actor who is best known for his roles in 2002’s The Ring, 2004’s Torque, and 2006’s Smokin’ Aces. He has also been part of several successful television series such as Big Sky, Grey’s Anatomy, and most recently, Virgin River. In the Netflix series, he plays the handsome and charming bar owner Jack Sheridan, whose relationship with Melinda (Alexandra Breckenridge) has viewers hooked. While fans have watched Jack and Melinda’s relationship highs and lows over the years, the same cannot be said for Martin’s real-life love life. Scroll on to learn more about the successful actor’s career and relationship history below.

Born in Auckland, New Zealand in 1974, Martin began acting at the ripe age of 13 when he landed a small part in a local children’s mystery series, Strangers, in 1989. He then gained notoriety in New Zealand when he starred as Stuart Neilson on Shortland Street between 1992 to 1995. From there, he moved to Australia to star in the soap, Echo Point, which aired for one season in 1995. The next year, he starred opposite Heath Ledger in Sweat, another television series that aired for one season. The Australian series Big Sky was one of Martin’s last projects before making the move to the United States to pursue acting further.

In America, his big break came via a supporting role in 2002’s Windbreaker, which is also the year he booked The Ring, in which he starred opposite Naomi Watts. From there, he worked with some other notable stars including Cate Blanchett in 2005’s Little Fish, and starred in 2005’s Bride & Prejudice. A fun fact about Martin’s career is that he played Britney Spears‘ boyfriend in her 2004 “Toxic” music video.

Martin has enjoyed a career spanning five decades and has nearly 50 credits listed on his IMDb page. He has been nominated for a handful of awards throughout his more than 30 years of acting, such as for Best Supporting Actor for Little Fish by the Australian Film Institute, but he has no trophies to show for his dedication to the craft.

The Virgin River star has never been married and has no kids. However, he is a proud dog dad and he frequently posts his adorable pup, Sammy, on social media, as seen above. His most famous ex-partner is Demi Moore, who he dated in 2012 after she divorced Ashton Kutcher, per Express. Before the Ghost actress, his dating history included actresses Aishwarya Rai, Marnette Patterson, and Radha Mitchell, as well as model Nicky Watson. His most recent relationship, however, was with Mexican model Aisha Mendez.

Martin and Aisha, 28, dated during 2020 and were even quarantined together in a New Zealand hotel once the COVID-19 pandemic began, according to Distractify. They seem to have broken up in early 2021, as that’s when they stopped posting each other and around the time Martin cleared Aisha from his Instagram feed. However, it appears that they ended on pleasant terms, as a few photos of their time together remain on Aisha’a page, such as this post from Christmas time in 2020, and the above photo of them on vacation in Cabo San Lucas. It is not clear why they broke up, although some publications have debated whether or not they had differences over their desire to start a family as a result of their age difference.

Who is Aisha Mendez?

Aisha is a Mexican-born model who entered the world in April 1994. She lives in the Philippines, according to her Instagram, and enjoys spending her days learning to surf and soaking up the sun at the beach. She also enjoys attending music festivals and celebrated her 28th birthday at one in Baja California, Mexico.

Earlier in the year, she opened up about being single and the growth she has seen in herself after deciding to live a sober lifestyle. “The amount of growth that I have done in the last year is astounding to me. Quitting alcohol, ending an intense relationship, spending time without a man in my life for extended periods of time for the first time ever, were probably some of the biggest contributors to it. A 12 step program and an amazing sponsor that helped me see my part in all of the things that were ‘wrong’ with my life was definitely a huge part of it too,” she wrote in May alongside a photo of herself smiling on the beach. “I am so grateful to all of the people that have helped me get to where I am today. And I hope I can do the same for others one day.”

Is The Virgin River Star In A Relationship?

The only women on Martin’s Instagram as of late are his Virgin River costars Annette O’Toole and Alexandra Breckenridge, members of his hair and makeup team, and Jenny Ortega, Brittany Snow, and Mia Goth, who star in the new thriller, X, in which he appears. However, according to Hello!, he is “said to be dating a New Zealand-based interior designer.” The publication also claimed that the mystery love interest’s kids are photographed riding an off-roading vehicle with him in his post on Instagram (seen here) from June 28, 2022. He does not mention a girlfriend in the photo and has not mentioned a girlfriend publicly as of this writing.