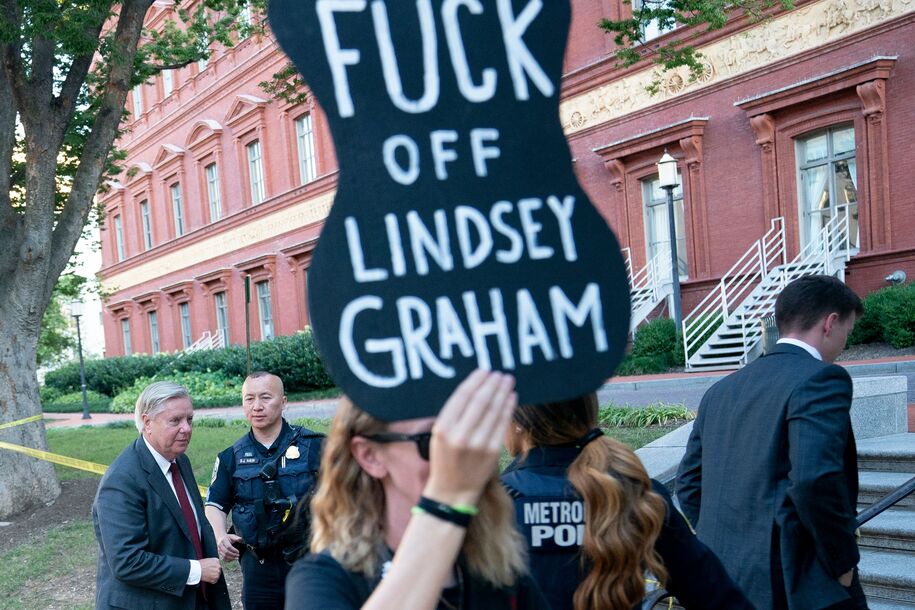 This sign probably encapsulates how many congressional Republicans are feeling right now.

Lindsey Graham was convinced he was doing his party a favor. Unnamed sources who spoke with NBC News said the proposed nationwide ban on abortion after 15 weeks that the South Carolina Republican unveiled on Tuesday would “give candidates a more popular position to point to when they are pressed about the issue.” One anonymous strategist called Graham’s bill “exactly” the right prescription, adding, “We got to do something.”

They sure did something, alright. “More popular” does not mean “popular,” as many of Graham’s colleagues quickly grasped (a Wall Street Journal poll last month found Americans opposed to the idea by a 57-30 margin—a 31% swing against the idea since March). So, by turns, Republicans declined to embrace the measure, distanced themselves from it, pushed back against it, or refused to talk about it at all.

That’s led to some absolutely delicious headlines, because Republicans are, in short, in disarray.